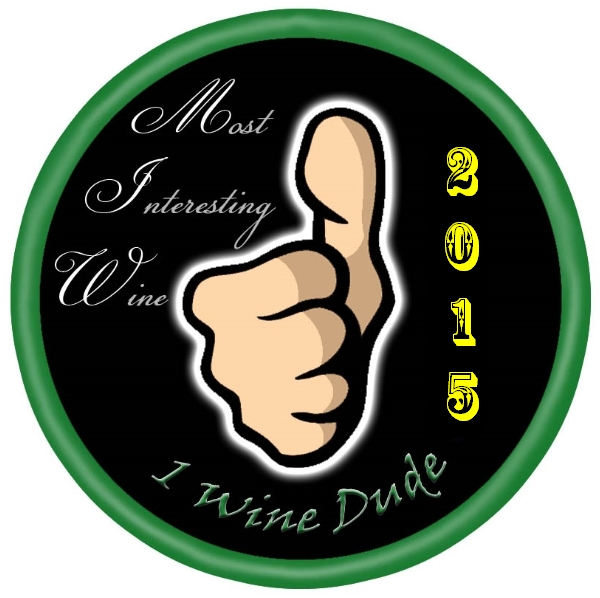 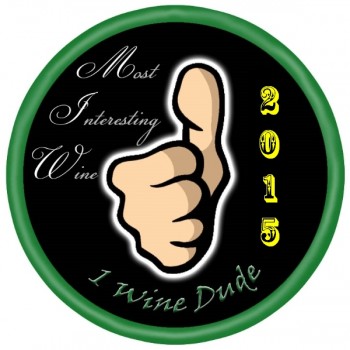 Retale locates stores in your area, compares prices and brings deals, discounts and weekly wine ads to your mobile device. If you’re looking to find deals on wine in your area, then download the free app on your iOS or Android device.

Here we go again! It’s time for the 2015 edition of the Most Interesting Wines of the Year. Yeah, it’s late, but given that this list is an indulgent exercise in subjective arbitrariness (or is that arbitrary subjectivity?), who cares?

A few teasers: the 2015 MIW list includes four dessert wines, is heavily dominated by Old World beauties, is technically a list of 11 wines instead of 10 (because we had a tie), and has an average bottle price at a whopping $157 (sorry)!

Since not a damned thing about how this list is inspired has changed since 2014, I quote last year’s preamble/background on how the wines were selected:

“These are not the “best” or “highest rated” wines, they are the wines I tasted which most stuck with me during the entire year, those that I felt offered the most geeky, thought-provoking experiences. Please note, these are not necessarily wines released during the year, they are releases that I tasted during the year. Also, I once again attempted to select only wines that you’d have at least some modicum of hope of obtaining.” I’ll only add that the final ranking is my own, and is totally subjective.

So, in the immortal words of Joseph II of Austria, “there it is.” Let’s get to it!…

At $45, this ought to be damned good, but this Chardonnay has that extra bit of barely-definable something that pushes it into 12th-man/home-field-advantage/you’ve-got-soul-bro territory. It’s probably the harmonious balancing act between age, youth, vibrancy, fruitiness, and verve that got me; that’s a lot of fulcrum points to manage, and yet this wine handles them all with panache. As I wrote in the mini-review for this stunner, “elegantly sings & raps over strong beats, drops the mic, & struts away.” That sound you hear next is either me plunking down the empty bottle onto the table, or this wine dropping the mic (probably both). 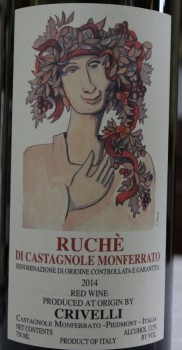 Much more on the somewhat obscure Ruchè grape and some of its more colorful producers will be coming to you soon when the feature on my 2015 Piedmont jaunt is published over at Palate Press. For now, here’s the wine that most stuck with me from that trip (but hey, I was eating fried cow brain and drinking during that, so who knows what the hell actually happened). Maybe it was the exotic spice on the nose of this red, its pure red berry fruit flavors, its hints of roses, its delicate and graceful palate entry, its indomitable spirit, or the power of winemaker Marco Crivelli’s crazy eyebrows. In any case, it’s the one Ruchè that I’d advise wine geeks to try first if they want a pure sense of the grape.

Speaking of Palate Press, and of Italy, my first 2015 jaunt to Sicily yielded an overview of (almost) every vintage of Donnafugata’s celebrated passito dessert wine Ben Ryé for Palate Press, courtesy of a first-of-its-kind retrospective tasting in Marsala. Donnafugata and Ben Ryé are getting to be staples here on the MIW list, but given the circumstances of that tasting I’m not sure that too much blame could be leveled at me for the vinous imprints that were made in my brain regarding both the producer and the wine in 2015. As I wrote about this particular Ben Ryé vintage in PalatePress.com, it “appears to be on its way to being a blockbuster, similar to the 2008. Aromatically, there’s apricot, candied citrus, and even notes of tea. It’s silky, richly fruity, and amped up on the palate, with high levels of sweetness, freshness, and power; it’s probably best attempted with bitter dark chocolate in hand.” 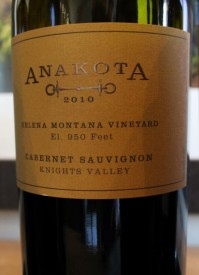 Ah, Pierre Seillan’s other “baby.” As I wrote about this in August of 2015, “[the vineyard is] mountain fellow territory, verging on the rugged. And in the case of this Cabernet, that is almost perfectly reflected in the wine itself. I was fortunate enough to get my lips on this twice: once in the form of a tasting with Helene and Monique Seillan, and another at home several months later. I write ‘lucky’ because I struggle to think of one example of a Knights Valley Cabernet that can stand toe-to-toe with this wine. Simply put, it’s stunning. And also maddening.”

I know that it kind of sucks to have a tie in here, but I just could not let this one go, people. I’m not sure that I can improve on the mini-review that summarized my experience with this half-bottle of dessert wine magic: ” Imagine serving rich, dense caramel sweets to Greek gods & goddesses.” So… yeah… it basically was kind of like that. Even at over $50 for a halfer, this PX is an absolute steal, because you can’t buy the kind of memorable experience that sipping luscious action such as this can impart to you.

I fell madly in love with the white Carricante grape when I attended Sicilia En Primeur 2015. And this wine, for me, exemplified some of the best of what can be expected from that grape when grown on the foothills of Etna. Here’s my take from the Sicilia En Primeur 2015 write-up: “Of all of my new-found luuurv Carricantes at Sicilia en Primeur 2015, this might have been my personal fave. Complex, elegant, and lively, there are hints of yeast, toast, and cream among the white peach, flowers, and citrus. There’s even some saline, too, and a mineral, citric palate that’s gorgeously long. We need more wines like this on restaurant lists in the States, people!” 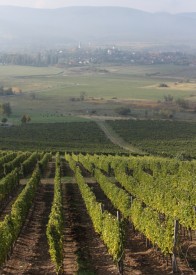 Yeah, I know the price point, relative scarcity, and likely extreme difficulty of obtaining this in the USA have already pissed you off… but just wait until you get to the #1 slot!

In 2015, I once again toured Tokaj and some of the surrounding areas as part of my video work with the fantastic FurmintUSA project. One of the last places that we filmed was Beres, which has an incredible view (see inset pic), some lovely folks running the place, and thankfully equally stunning and lovely wines across the board of their lineup. The one that hit me the hardest in the geek organ, however, was their ultra-rich, yet somehow still zesty and focused `07 Eszencia. You’ll only be able to take this nectar in very small, syrupy doses, but those tea-and-honey-infused doses will be all you need to retain fond memories of it. 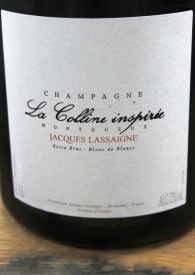 It was not an easy task to whittle down the list of memorable bubbles tasted during my 2015 tour of Champagne, and any number of wines from that trek could have made their way into this slot. Ultimately, I decided to go with what I considered the most purely complex, which turned out to be this little Jacques Lassaigne number (hipster somms, rejoice!). As I wrote about the wine in September of 2015: “This is a fascinating bottle of bubbles, peeps. There are so many familiar and odd things going on here that one struggles to capture it all. Stones, citrus, lemon verbena, biscuit, chalk, ginger, green apple, and… ferns. Yeah, I really do mean that last one. The elegant, fresh, textural presentation in the mouth is matched by face-ripping acidity, and flavors of lemons that are explosive, creating a palate firework display that is attention-grabbing, in a China-tries-to-blow-your-mind-at-the-Olympics-opening-ceremony kind of way.”

Here’s how I described this wine last November:

Adding a bit more detail, I’m kind of shocked that a wine this lush, large, and chock-full-of-alcohol could be this exceptional; and yet it is. Bold, black fruits, power and force, yet coupled with lift, precision, and the telltale black olive and dried herb action that shows its true colors. Merlot-haters can take this one and shove it up their bunghole, folks, because there is absolutely nothing wrong with a grape that can deliver this kind of hedonistic pleasure paired with this kind of overall quality. 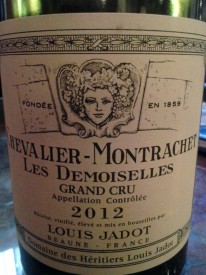 Tasted during a seminar when I did some speaking gig work with the genuinely fantastic human being Evan Goldstein (and his also fantastic business, Full Circle Wine Solutions). From my event recap:

“This one is Montrachet all the way (it spent about 18 months in oak), with rich creaminess evident at first sip. The nose, after being given a few minutes to shake is dust off, is about equal parts honey, white flowers, toast, minerals, and pungent citrus fruitiness. As enticing as that aromatic package is, it’s the tease of a texture of this wine in the mouth that seals the deal (and reveals just how much of a mere infant this Chardonnay is at the moment). There’s an intriguing interplay – no, that’s too tame a word, actually… it’s more like a serious, energetic, well-choreographed dance, with hints of joy and melancholy – between beer creamy breadth and focused, lemony tang. The finish is toasty, long, and thoroughly elegant, and… almost sad… damn, why didn’t we just wait another twenty, twenty-five years before opening this…? F*ck!!!! I know, it’s kind of rare, and more than kind of expensive. It’s also that friggin’ good.”

Here’s how I summarized the experience previously when recapping the Madeira Wine Institute’s visit to Philly in 2015: “Part of the fun of Madeira is witnessing its nigh-indestructible nature up-close; hell, part of the fun of being in the wine media biz is getting to taste old Madeira, period. I drank this more so than I tasted it, because, well, f*cking 1901. There’s more rancio, roasted walnut, coffee, spice, and marmalade action on these older D’Oliveiras wines, but the thing that stands out most to me in this case is the intensity; you’re just unlikely to have anything kick your ass (in a good way) as thoroughly and completely as this.”

5 thoughts on “The Most Interesting Wines Of 2015”