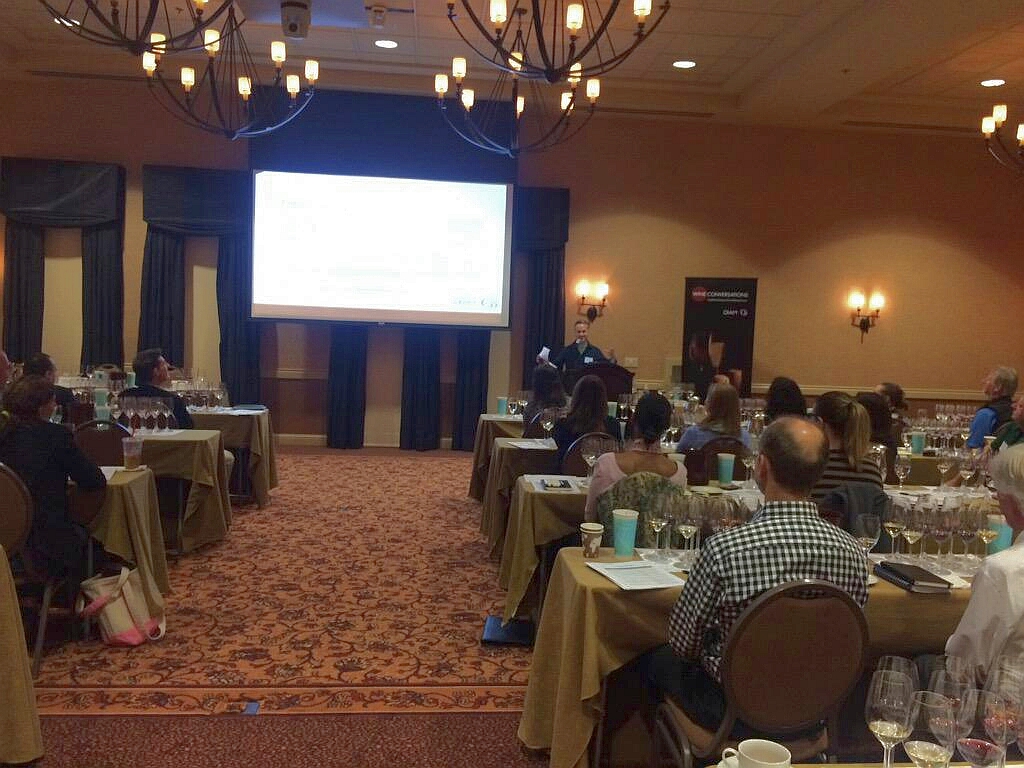 As I write this, I am dutifully heads down in the process of remaining woefully behind on the coverage I have planned for these virtual pages (a deep dive into some high-end Knights Valley action is currently simmering on that back-burner). Which I suppose will come as a surprise to exactly zero of the long-time readers here.

I am also, as I type this, fresh from delivering a talk at the 2015 DIAM Wine Conversations sessions in Petaluma and Portland, in the form of a presentation outlining why no one “needs” to buy the producer attendees’ wines (and how they might get some of their potential consumers interested anyway). That my talk was replete with “tuff luv” for the industry folks in the audience will also come as a total shocker to, I’m guessing, precisely none of those who are reading this.

Silver linings tempered the dark clouds of my tuff luv messages, however, in the form of the lineup of wines chosen by organizer Evan Goldstein for the blind tasting portion of the seminars. The common denominator (apart from them all consisting primarily of water, I mean) being that each of the chosen wines were closed with DIAM technical corks (also, given the event sponsorship, not a shocker). 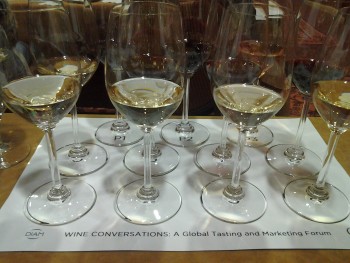 Now, I’m not stumping for DIAM here, but as I mentioned during the seminar, in general I’m a fan of DIAM, in that I’m a fan of anything that lights a fire under the ass of the natural cork industry. Look at it this way: if staples such as milk or peanut butter had similar failure/contamination rates as wines sealed with natural cork, there’d be Walmarts in the Midwest getting stormed by angry, pitchfork-wielding mobs and engulfed in flames. No one would accept failure rates that high in other food products.

Anyway… All of the wines were also pretty damn interesting, in my not-so-humble opinion, as Evan characteristically went with some geeky surprises (including Okanagan Pinot Noir, Rivesaltes, and a single-vineyard California Viognier). Much entertaining stumping of the crowd (this participant included) thus ensued, and I don’t think that, given the quality of what we were testing, any of us would’ve cared if those wines had been sealed with natural cork, technical cork, or mud and cow dung.

One of the wines in the blind tasting lineup stood out as the clear ringer, however, and it’s the focus of our little virtual gathering of thirsty like minds today…

Well now… at the risk of now sounding like a DIAM commercial, I have to admit that the first thing I noticed about this wine after the reveal was the cork: it’s ridiculously firm, and longer than necessary, and pretty much could fully support my weight standing on it. I managed to crack one slightly after vigorously bending it for about a minute, and even after the abuse it was still structurally intact. You could run a WWII German tank over this cork and probably induce only minimal damage to it. I suspect the tank treads would rip apart first, actually. Anyway, the cork sends the clear message that this wine is probably too serious for you (or just about anybody). 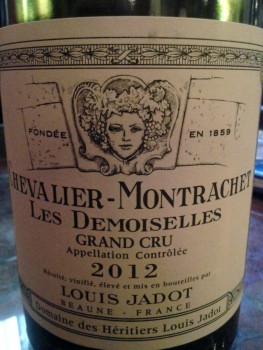 The overzealous cork is protecting some fairly impressive cargo. At first sniff, this is a Chardonnay that induces some goosebumps; it’s got the kind of nose that makes no bones about declaring you that you’re in for a treat. At second sniff, you then discern that in twenty years’ time you’d have been in for an even tastier treat, so the encounter with this pretty young thing ends up feeling bittersweet.

Anyway… the stony, chalky, and tiny (1.28 acre) Les Demoiselles vineyard sits south of the Cote de Beaune, where the Chassagne-Montrachet and Puligny-Montrachet villages meet. It was purchased by Louis Jean Baptiste Jadot in 1913 from two sister owners (hence the fanciful moniker), but confusingly had once belonged to the Jadot family previously (having been owned in 1845 by LJB’s great-grand-pappy).

This one is Montrachet all the way (it spent about 18 months in oak), with rich creaminess evident at first sip. The nose, after being given a few minutes to shake is dust off, is about equal parts honey, white flowers, toast, minerals, and pungent citrus fruitiness. As enticing as that aromatic package is, it’s the tease of a texture of this wine in the mouth that seals the deal (and reveals just how much of a mere infant this Chardonnay is at the moment). There’s an intriguing interplay – no, that’s too tame a word, actually… it’s more like a serious, energetic, well-choreographed dance, with hints of joy and melancholy – between beer creamy breadth and focused, lemony tang. The finish is toasty, long, and thoroughly elegant, and… almost sad… damn, why didn’t we just wait another twenty, twenty-five years before opening this…? F*ck!!!!

I know, it’s kind of rare, and more than kind of expensive. It’s also that friggin’ good.