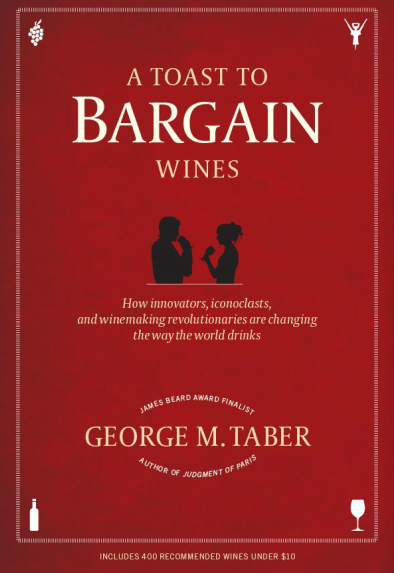 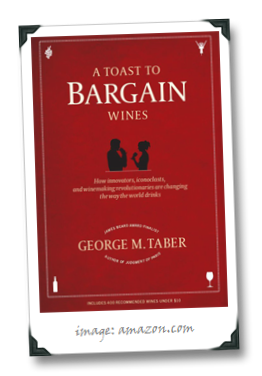 Summer’s muggy, sunny weeks are not yet entirely on the wane. They’re just mostly on the wane. And so those bibliophile oenophiles who are looking for last-minute beach-side vacation or porch-side stay-cation reading to accompany a cold glass of Italian Vermentino in the hazy heat (you are drinking Vermentino, right?) still have time to indulge both of their passions before the leaves turn brown.

Which all felt like a reasonable excuse, I thought, to take a swipe at the growing stacks of wine book samples that have been piling up on my office floor (not quite as bad as my stacks of wine bottle samples, but it’s getting close!). I.e., let me trudge through the drudge so that you won’t have to!

That swipe yielded three books worth mentioning, all of which avoid being weighty tomes or polemics on wine philosophy, and are light-hearted enough in tone and design to fit right in with the collective American penchant for light Summer reading…

A Toast To Bargain Wines by George Tabor (about $15) 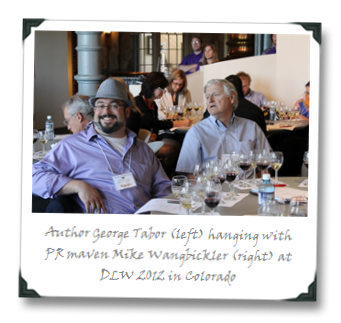 I’ve had the pleasure of meeting – and, more importantly, drinking with – George Tabor, author of Judgement Of Paris, which recounts the real story, witnessed firsthand by Tabor, behind the now-famous (or infamous, if you’re French) besting of France’s best wines by a group of young upstart California wine producers in the 1970s). George is a warm, unassuming and approachable fellow, and that in-person personality translates nearly directly onto the printed page, making A Toast To Bargain Wines an easy, quick and enjoyable read. What I liked most about George’s latest book is that he’s not afraid to venture into some wine’s hot-button topics (e.g., acknowledging the impact of on-line iconoclasts like Jeff Siegel, the question of whether or not gold medals mean bumpkis, and including the work of always-controversial figures like Robin Goldstein and Tim Hanni) without devolving his prose into a lengthy, bad Op-Ed piece (like I do, sometimes… okay, a lot…).

And George clearly knows what he’s talking about when it comes to bargain wines, recommending brands that consistently deliver on the QPR factor, including Rioja’s Campo Viejo, WA’s Chateau Ste. Michelle, Parallele 45 (which I featured over at Playboy.com in one of my most controversial articles), and Crios Malbec. The best part: George’s book runs between $10-$15, which makes it only slightly more expensive than a bottle of most of the wine bargains he recommends.

Bordeaux: The Wines, The Vineyards, The Winemakers (A New Look At The World’s Most Famous Wine Region) by Oz Clarke (about $35) 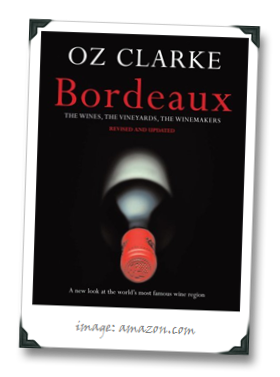 Whenever I see another new book on Bordeaux, I have to fight the immediate reaction to bludgeon myself across the head until I bleed and then pass out and wet myself. But lately it seems that every time I think “ohhh-jeeez-do-we-really-need-another-f*cking-ordeaux-book?!???” that new Bordeaux book proves me wrong to have gotten so pissed off in the first place. Such is the case with Oz Clarke’s latest re-issue of this book, which at $35 is the most expensive – and certainly the most coffee-table-like (though it’s not so big and heavy that it can’t be carted around on vacation) – of today’s recommendations.

Looking past the weight (and Oz’s penchant for including overexposed photographs), the prose is quintessentially, classically Oz, and it’s fun watching Clarke navigate Bordeaux’s past, present and future with wit and sans even a hint of stuffiness. Oz takes his entertaining tongue out of his cheek just often enough in this book to convince you that he knows his subject intimately, and he offers one of the best-framed arguments in favor of Bordeaux’s red wine style evolving in the current market that I’ve yet read. Worth a look, particularly if you like Bordeaux but are sick and tired of how Bordeaux treats itself and the rest of the wine world and need break from the insanity, without taking a break from all that great juice.

America Walks into a Bar: A Spirited History of Taverns and Saloons, Speakeasies and Grog Shops by Christine Sismondo (about $24) 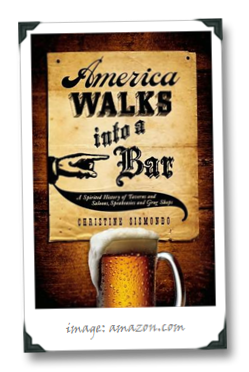 I saved my personal fave for last. Sismondo’s book is not a difficult read, but it’s certainly the most difficult and densely-packed of the three I’ve recommended here – but the additional effort is worth it. Not a wine book per se, but a well-researched intersection of American history with drinking at its core, America Walks into a Bar becomes more fascinating as it moves along, starting with the earliest days of our nation (and our drinking habits) right up through the McCarthy era and into the present day, where things like smoking bans in bars have ushered in changes in clientele (high chairs, anyone).

Sismondo lectures in English at Toronto’s Ryerson University, and there’s no disguising this work as academic at heart despite a clear passion for the topic of drinking. Where similar books by similar;y-trained authors might have come off as an academic hammer in search of a social-historical nail, Sismondo builds her case in an entertaining and reasoned manner, and by the book’s end just might have you convinced that America itself probably wouldn’t have formed – or at least would have looked very, very different from the America that we recognize today – if it weren’t for having taverns, pubs, and bars as social and political hubs in its most formative years.

Cheers – now get reading while it’s still light outside until 8PM-ish!