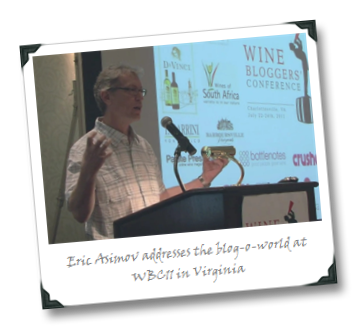 The wine biz has been in a serious tizzy since Robert Parker released his scores for the 2009 Bordeaux offerings – and he was in a generous mood, with damn-near twenty wines garnering “perfect” 100 point scores, including the likes of Bellevue Mondotte, and Clos Fourtet, along with stalwarts such as Le Pin, Petrus, and Montrose. If the hubbub strikes you as much ado about little, you need to bear in mind that the Bordeaux wine market hardly seems able to wipe its own ass without a report on whether or not Parker used two-ply when evacuating.

Apparently, Parker’s website got so much attention when the scores were released that the site crashed (for which Parker apologized to his subscribers). Other long-time Bordeaux critics have been just as effusive (for example: James Suckling hailed 2009 as potentially Bordeaux’s best vintage, ever).

So, if you are under the delusion that the wine world still isn’t Bordeaux-crazy, then you are probably crazy. This is despite Bordeaux’s quality pyramid being almost totally inverted, and is despite the fact that wines from most of the top Bordeaux houses are now priced out the reach of what we would commonly call mortal human beings (I can remember when Chateau Margaux’s second wine, Pavillon Rouge de Chateau Margaux, was an excellent value at around $50 a bottle – the last ten years or so have seen about a 350% increase in that price).

But then again… as The Tick once said, maybe “you’re not going crazy… you’re going SANE in a CRAZY WOLD!” Has Bordeaux out-priced itself, and increased production so much that greed has overtaken good-old-fashioned capitalism? Are we in a Bordeaux backlash?  And will that backlash cause Bordeaux to lose its place as the benchmark for fine wine the world over?

To answer questions such as these, I like to turn to people who are much smarter than I am, and so I rang up the NY Times food and wine writer (and generally nice human) Eric Asimov to pick his noggin on all of this. If you want a cogent, educated, and measured take on the future of all of this Bordeaux madness, read on…

Eric had tackled this topic in the not-too-distant past, so seemed a natural for discussing whether or not Bordeaux is still losing its cache with younger wine drinkers and taste-makers in the U.S., and if that ultimately will mean an end to Bordeaux’s reign atop the fine wine food chain.  Here’s what he had to say:

“I don’t think anyplace will ever dislodge Bordeaux as a benchmark for fine wine. Bordeaux has such a long and well-publicized history, unlike most other wine regions. Most wine regions don’t have centuries of context. The best wines can age for so long, and there’s so much history to set them against. It wasn’t until recently that Barolo producers even thought to hold back a very small percentage of their own wines just so t hey could keep track of how they changed over time. For Burgundy, there’s so little of it that it’s hard to do it. Bordeaux is maybe the only place that makes wine in such sufficient quantity and has the historical perspective and whose wines really do age for that long to serve in that sort of [contextual] way.”

“I’m talking about the actual wines themselves – you can have a conversation about the 1929 vintage, the 1947 vintage, the `55, the `61, the `66; you can still compare wines today to wines of a century ago. You cannot do that for most other wine regions; you can perhaps in Burgundy but it’s very hard to do that.”

Score one for the Bordelais.

But isn’t Bordeaux already out of touch with the American masses? After all, Burgundy seems to be gaining more cache factor despite its astronomical prices, simply because it a) is made in much, much smaller quantities than Bordeaux and through simple supply-and-demand has a bit more ammo to justify those prices, and b) appeals more to our romanticized ideal of how wine “should” be made – in small quantities, by hand, with the art passed down generation-to-generation. Isn’t the vinous exodus likely to continue?

“Will people move away from Bordeaux? I think Americans already have, there’s no doubt about that. Young Americans just don’t gravitate to Bordeaux they way people of my generation did. I was learning about wine in the 1980s, and that’s where you went – to Bordeaux, because there was a clear hierarchy and it was universally acknowledged as the finest wine region in the world. Now, there’s so much more to choose from, and the way we think about wine is so different.”

“Burgundy is the counterpoint – I think people who are now getting seriously into wine and learning about issues of terroir have romanticized Burgundian terroir and the vigneron and the whole gestalt of Burgundy. When you go there you can actually visit the winemaker and he takes you down into the cellar… and it all reeks of authenticity. Whereas, if you go to Bordeaux, you meet some guy wearing a cravat who’s the commercial marketing director; you’re in a corporate world there, for the most part.”

This isn’t necessarily a result of astronomical price increases (though I think it would be a very hard sell to argue differently); Bordeaux for the most part lacks the modern channels to hand-sell to younger American consumers, as well – back to Eric:

“The importers in this country and the sommeliers are extremely important in educating and inspiring people about wine, and you don’t have importers like Kermit Lynch and Lou Dressner traveling the country with winemakers and inspiring people to learn about the region and try the wines [of Bordeaux] because the whole structure of Bordeaux is about big business and negociants and sort of a corporate method of wine distribution. As wine has developed its own sort of geeky element of faddishness, Bordeaux has kind of fallen by the wayside – you lose the appeal of people who are strictly score chasers because they can’t afford the top Bordeaux, and you lose the appeal to the geekier element because they’re focused on the Burgundian model and following importers and sommeliers. So there’s nobody really to discuss Bordeaux or to promote it to a new audience.”

And what about the Bordeaux topic that I love to hate: the (in my view seriously out-dated) 1855 Classification?

“They didn’t do a bad job over a hundred and fifty years ago [with the 1855 classification]; regardless of those classifications, as people become knowledgeable about wine and their own opinions develop, they adjust them accordingly. I don’t think that the question of whether the 1855 Classification is out of date or not is a high priority when discussing Bordeaux.”

And finally, while I love to loathe a lot of the top-tier Bordeaux sales models, I would be remiss not to include Eric’s parting words of wisdom… which are temperate and honest and come from a guy who just loves Bordeaux as a wine geek (curse you, Eric, for making me less of a hot-head about this!):

“I personally understand why Bordeaux has lost its appeal, but people should not disparage it. It is such an historic wine region and there are a lot of great wines there; I don’t think people should just dismiss it for faddish reasons. It’s worth exploring. There are a lot of things I don’t really like about the Bordeaux industry or the wine trade there, but… let’s not dismiss the wines.”

10 thoughts on “Will Bordeaux Be Fine Wine’s Benchmark In 100 Years? (A Candid Conversation With Eric Asimov)”