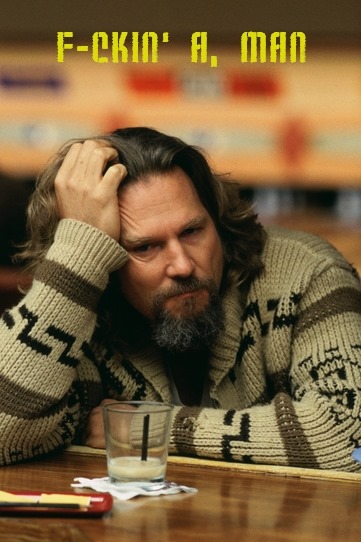 As we come to the close of 2014… well, I’m kind of in a weird place looking back on it. The year has had a lot of ups and downs for me, but I’m happy to write that the professional side of things has been almost exclusively UP for me in 2014. 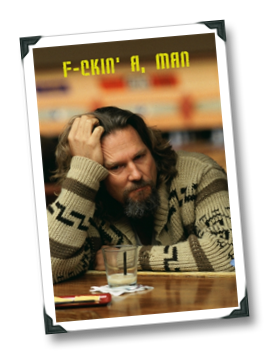 But that has not come without some serious effort, and right now, I just can’t wait for the f*cking year to be over!

And so, I might be taking a bit of an extended break (a couple of weeks, I suspect) from posting here. We’ll see if I can actually stay away; I’m not promising anything!

This seems as good a time as any to take a quick gander back on 2014 here on 1WD, and see what articles you all decided were worth reading the most. In some cases (ok, several cases), I am somewhat shocked as to what pieces of content turned out to have the most views. You might be less surprised, but I’ll bet you’re stilling willing to give me crap  express your well-considered opinions on the merit of each of the articles listed below.

Here’s to another year together, folks!

The Most Viewed 1WineDude Articles of 2014

Well… yeah, that. Personally, I’m not sure we need any more proof on this matter. The bottom line: wine is not inherently specially immune from these influences (it’s just artificially protected from some of them due to the three-tier system in the U.S.).

9) Getting Inside The Head Of Siduri’s Adam Lee

I gotta hand it to the guy, he’s a rabble-rouser. Which is why I like him. Apparently, so do you!

I love when I sit down to write an article, then decide to scrap whatever well-considered / researched idea I had, and instead rant off-the-cuff about something that’s noodling around in my brain, and then people respond to it. Hell, I should do less work more often!

I’ve been shouting about the distinction between bloggers and consumers being largely artificial for, well, years now. Hopefully this one is the last time I need to do that; considering the article’s popularity, the message might have finally struck a chord.

6) How Bad Is The Wine Biz At Digital? According To This, Really, Really Bad.

Hey, it is. Sorry to be the bearer of bad news, dude.

Given the shares and comment count on this one, I have to admit I was surprised that it didn’t take the number one slot. Half a year later, I am still getting emails about this one. Looking back, I wouldn’t change a thing about it; the bottom line is that as a community, we wine bloggers still have some growing up to do.

Another off-the-cuff item that got a lot of folks talking and thinking. Obviously, the data cited in the post are not inclusive of the entire wine industry, as many pointed out in the comments, but I think are still very valuable as a rough litmus of what was happening vinously in 2014.

Shocked. Seriously, WTF? The message here is that you like reading about wines that are made in such small quantities and fetch such high prices that you are unlikely ever to taste them!

My return to April Fool’s action was fun to write, and turned into a sort of social commentary satire of the current state of wine writing. I still laugh when I read this one, and cringe, also, which I suppose are the hallmarks of half-decent satire.

1) The Release Of Your Wine Is Not “News”

With this post, I welcomed, I think, a majority of the U.S. wine business based on the numbers. And I should note that the flood of lame messages of that ilk into my Inbox has indeed subsided somewhat since the article was posted. Thanks, wine biz!