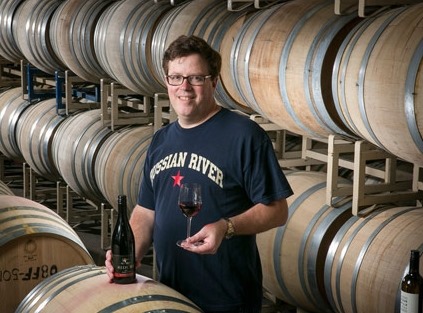 Let’s talk about your labels getting banned in Alabama. Can you recount some of the story for us, and how do you feel about the label being in the same class as sex toys, which I think Alabama also banned at one point?

Siduri is the Babylonia Goddess of wine.  In the epic of Gilgamesh, the main character (Gilgamesh) came to her while seeking the wine of eternal life.  We first discovered the name way back in 1993, led to it by a small mention in a book by Hugh Johnson called Vintage.  When we decided to name the winery Siduri, we did some research to make certain that she didn’t do anything horrific and then went for it.  A good friend, Pam Lewis, designed the first label for one case of wine (a true bargain) and it depicted the Goddess Siduri.  At that point, we figured we were set.  Sadly, that wasn’t the case.  We were told through our compliance company that the BATF rejected the labels and our only hope of getting the design approved was to remove the nipples from Siduri.  Dianna has long joked that the problem with nipples must be functionality and a wine with Bacchus showing his nipples would certainly be approved.  Nonetheless, we made the change and the label was approved. —  Once again, we figured that was the end of the story and once again we were mistaken.  It turns out that the state of Alabama has to approve all wine labels and, sure enough, they rejected the labels (even sans nipples).  And to be completely accurate, not all of the labels are rejected.  Apparently, there are at least two wine label inspectors in Alabama and one of them approves our labels while another rejects them.  The difference may be as simple as “Sonoma Coast” versus “Sonoma County” but one inspector says she’s naked and that has to be rejected while another approves them.

As far as being in the same class as sex toys?  Well, a  bottle of Siduri is 11.6 inches long, 3.4 inches wide, provides a great deal of pleasure, and can only be sold to people over 21 years of age. I think we’ve got most sex toys beat.

You’re pretty outspoken about the low/high alcohol debate in the wine geek world (sounds familiar! :). How would you summarize your take on lower/higher abv in wines? Do you think we’re doing consumers a disservice in general in the wine world by debating what some see as a trend towards more alcoholic table wines?

Yes, I seem to have stepped in it more than a few times when it comes to discussing alcohol levels in wine.  Let me begin by saying that I love a good debate.  In college at Trinity University in San Antonio, I had two professors that were very influential to me, and they encouraged the Socratic method of learning.  That method, which involves question, debate, and even argument, is how I learn best and I often find myself debating myself as much as anyone else.  And generally I am pretty good at getting called on the carpet for some random unfounded belief I hold without taking it personally.  So, when it comes to alcohol levels in wine, I’ve followed the same path and that has occasionally led to me angering some people, and others thinking that I strongly hold one position or another. 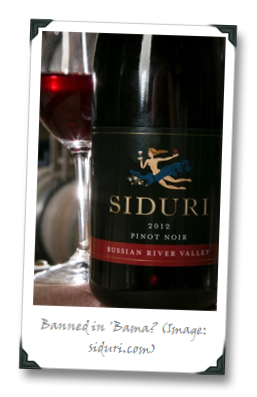 The primary position that I hold is that a winemaker should be able to make whatever style of wine she or he chooses and that includes alcohol levels.  Historically, you don’t have to go back very far to find alcohol levels that were noticeably lower than what they are today.  And you don’t have to go back much further than that to find alcohol levels that were at, or higher than what they are today.  At one point in time, higher alcohol provided an important point of stabilization for wine (and watering back wine was not uncommon at all — check out Coan wine on Wikipedia if you want to learn about something fun).  I also don’t think that I should criticize other winemakers for their choices when it comes to alcohol levels.  I have sometimes failed at this, but I’ve tried to get better. Over time, I’ve learned that I wasn’t there to see their grapes, to walk their vine rows, and to make the winemaking decisions.  If I wasn’t there and don’t know what was going on in the vineyard and cellar, how can I legitimately criticize others?

As to whether or not, we are doing a disservice in the wine world by constantly debating alcohol levels in wine, I do think it may have reached that point.  Part of that has to do with the tone of the discourse, which all too often reflects the tone of our political discourse.  We’ve all (including me) become a bit too MSNBC/Fox News-ish over alcohol levels.  And I think that runs the very real risk of being counter-productive and turning people off to wine in general (similar to what’s happened with politics).  That would be a real shame.  Did you know that the United States is 52nd in the world in per capita wine consumption?  I once read that if we moved up to 26th there wouldn’t be enough wine made in the world to fill that demand.  That’s what we need to work together towards.  To that point, it makes no difference if someone new comes to wine and is drinking 16% alcohol Pinot Noir or 12% alcohol Grenache.  We simply need more good people drinking more good wine in this country.

Are there any wine writers / critics that you’d like to kick in the crotch?

There’s this 1WineDude guy out there who can be a real ass sometimes… other than that… Seriously, I don’t think that’s the way I’d put it. I think there are times when wine writers and critics go too far and print some truly incorrect statements or don’t follow basic journalistic standards and fact-check what they are writing.  That’s frustrating.  But kick them in the crotch?  Nah… Actually, I think being a wine writer/critic is very difficult work.  For starters, generally they don’t get paid squat.  And, in many cases, they have taken an avocation and turned it into their vocation and there is always a risk there that what once provided great joy becomes work.  Having that happen would be awful.

Do wine blogs “matter” (feel free to interpret that word any way you see fit)?

Oh wow, of course they do.  I can’t imagine anyone in this day and age arguing that they don’t matter.  In fact, one of the first things I do each morning is check the blogs.  Heimoff usually publishes his while I am sleeping so I go there first.  You come out next, and usually I get to it before I get the email notification from you.  Blake is around 8am Pacific time.  I go check Alder and Hosemaster and a few others (sorry if I am leaving someone out).  Spectator blogs seem to come out more in the afternoon.

The question for me is not whether or not blogs matter, but what is a blog trying to be and whether that blog content has enough followers to become relative to a larger audience.  For example, some blogs are similar to an editorial page in a newspaper.   Other blogs break more news.  Some are more a collection of reviews and obviously Ron at the Hosemaster is largely trying to be satirical.  A newspaper used to collect these styles in one place and people could access them all easily and read what they wanted.  Now, a person has to move from place to place to get all of this content.  Does that content command an audience to search for it?  I supposed maybe that’s what Palate Press is trying to be?   But it does require more from readers now and consequently readers are going to require more from bloggers to make it worth their while to put forth the effort.

Of course there’s also the question of how to monetize blogs but I am afraid that one is well beyond me.

You make Pinot Noir from several locations; what Pinot regions are you most excited about right now (and why)?

You know, what I really get excited about is individual sites.  As a winemaker you walk into a new vineyard in a special location and this feeling comes over you.  It is almost as if you can suddenly see everything so clearly, as how this part of the vineyard will ripen before that part, and how this one will need more leaf pulling or to be picked more or less ripe.  That isn’t to say that you might not be surprised but that too is part of the excitement.  I grew up Southern Baptist in Texas and always remember a book by C.S. Lewis called Surprised by Joy.  I probably remember the title more than anything else about the book, honestly, but I love that title and it has stuck with me.  Vineyards give me that joyous surprise.  Specifically, and recently, the John Sebastiano Vineyard in the Sta. Rita Hills, the Soberanes Vineyard in the Santa Lucia Highlands, and the Lingenfelder Vineyard in the Russian River Valley have left me feeling that way.

If you could make wine from anywhere in the world besides the U.S. West Coast, where would that be (and why)?

I didn’t really have an answer for that question until this summer when Dianna and I led a wine cruise around the Mediterranean.  We were able to spend a little bit of time in Chateaunuef-du-Pape.  The experience was magical for me.  From the remarkable concentration of rocks in the some of the vineyards, to the generosity of the people, it is truly something I will never forget.  I got to talk with Philippe Cambie and that was an incredible thrill.  What a personality and what a fantastic person.  I could spend some time in a bar with him.  Anyhow, it all led me to think we should sell it all, buy 2.5 hectares in Chateaunuef and tend the vines and make the wine until we die.  There could be worse ways to spend your last years.