Not too long ago (June of 2007, I believe), in what is probably the coolest take on Blogosphere wine reviews since the inception of Wine Blogging Wednesday, Chateau Petrogasm was born.

If you’re at all interested in the visual arts, have even a small semblance of a sense of humor, and enjoy imaginative takes on the varied impressions that wine can have on different palates (& I hope this includes all of you Dude-O-Philes out there!), then you really need to check out the Chateau immediately. Or better yet, subscribe to their feed.

I recently submitted my first humble contribution, which you can check out here (thanks for the post, Ben!). 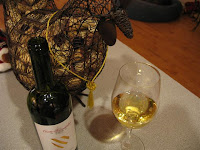 I don’t normally review wines on this blog (at least, not so far), but I recently became intrigued by the excellent Wine Blogging Wednesday Community, who post themed monthly reviews of wines.

This month’s theme is being hosted at the Wannabe Wino Blog, and features an ‘underdog’ of a wine – Petite Sirah, also known as Durif.

I live and operate near Philadelphia, which is the ultimate underdog / bum rap city. It was once described as “the city for people too scared to live in New York, and too dumb to live in Boston.”

So I (understandably) have a soft spot for underdogs who get a bum rap. And Petite Sirah often gets a bum rap. As an example, Jancis Robinson described it in her reference book Vines Grapes & Wines as “Rigorous though unsubtle.” Not exactly high praise…

Often blended with Zinfandel to provide structure to its more blowsy tendencies, PS has arguably achieved its apex in California, where it has been planted since the late 1800s. You’d imagine that some of the PS vines in CA are pretty old – and you’d be right. These older vines offer lower yields of more concentrated grapes – and therefore more concentrated wines. 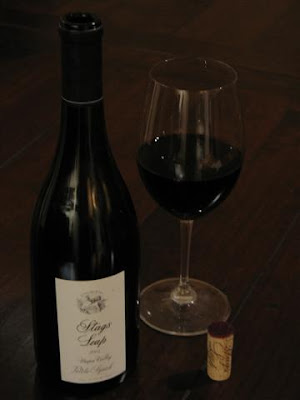 So for WBW #40, it’s to CA we go – I opted for Stags Leap Winery’s 2003 Napa Valley Petite Sirah. Technically this one is a blend, 85% PS with 10% Syrah (of the non-petite variety), and even a little bit of Viognier thrown in for good measure.

So… is this wine unsubtle? At 14.2% alcohol, it’s certainly not subtle. And it could stand a bit of decanting – preferably 6 years’ worth performed in a dark basement in the original unopened bottle. There’s no lack of inky darkness to this wine either (it’s a good pick if you ever find yourself on a haute cuisine dinner date with the Creature from the Black Lagoon), and if you don’t like your blackberry and cherry fruit done ‘in-yo-face’ style, then this is probably NOT the wine for you.

Having said all of that, the power of this wine is balanced with quite a bit of elegance – there is a nice surprise of orange and exotic spice (mostly cinnamon) on the nose. In your mouth, the tannins are abundant but not too astringent (think ‘pleasantly chewy’), and the sting of all that alcohol is kept mostly in check by a mix of vanilla and chocolate flavors. I enjoyed mine with roast beef, but matching this sucker with grilled bison would really be the bomb.

My verdict: take the Leap. 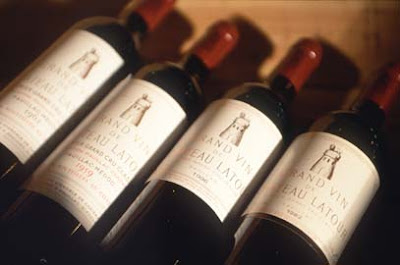 So… what does a 40 year old wine taste like?

This past New Year’s Eve, Ker & I stopped by Cosimo to grab a glass of bubbly with Jason (the Wine Director). After a bit, Jason paused during our conversation at the bar and gave me that look – the look that serious only wine geeks give each other when they have SSS (some serious [email protected]*t.

It’s the “let me show you what we’ve got in the decanter, but don’t tell anyone else, man” look.

They had cracked open a bottle of 1967 Chateau Latour. I’d never had a 40 year old wine before, and Anthony (the venerable Cosimo proprietor) was keen, so Ker & I had a taste. The experience further convinced me of what I’ve been saying for a long time now: Most people shouldn’t age wine.

Now, I am NOT saying that I did not like this wine (I loved it actually); and I’m not saying the wine wasn’t aged / stored perfectly (it was). What I am saying is that most people in the U.S. would fine this wine “interesting” (i.e., “not worth the price tag”).

Why? Because our tastes in this country are like our wars: Big. Bold. In-yo-FACE!

My tasting notes on this wine read like a textbook definition of classic “claret” for the Brits, which is to say that it looks the list of most nuclear family’s kitchen garbage bag contents: cigar, black nuts, pencil shavings, game, “slim jim,” earth (aka ‘dirt’).

I don’t know too many people that would plunk down the serious cash it requires to purchase aged first growth Bordeaux after seeing that list. It wouldn’t be enough to add that this is all normal stuff for a well-aged Bordeaux, or to talk about everything that was sooooo right with this wine (like the delicate tannins and fruit notes on the finish, which was long and strong and lasted until about 4PM the next day I think), or how the integration of all the components showed that this wine aged so beautifully. Most folks in the States simply would not have the patience to wait 40 years for a wine to reach peak maturity anyway – and they might not be happy with the results if they did anyway. Because our tastes are different from that of the Brits.

The moral of the story: don’t sweat aging / storage of your wine too much. 98% of it will not benefit from aging anyway, and you’ll enjoy it better now while it’s fresh, fruity, and in your face. If you decide you like red wine and want to develop your palate, start experimenting and aging to find out the balance YOU like best between big fruit and lots of tannin vs. the earthy, meaty flavors that will develop with aging.

There’s no right wine answer on aging – apart from your preference. And you’ll only learn your preference after experimenting (not exactly a chore considering all of the great wine to be had out there!).