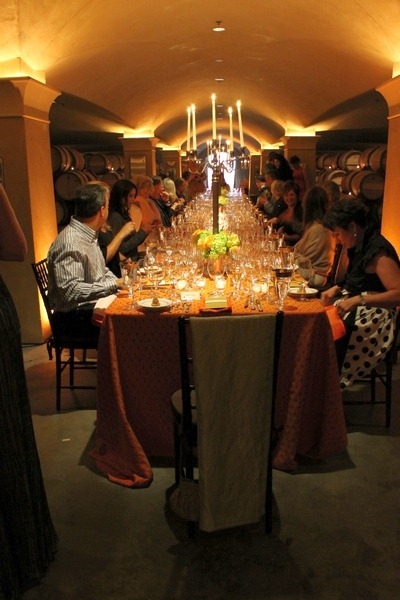 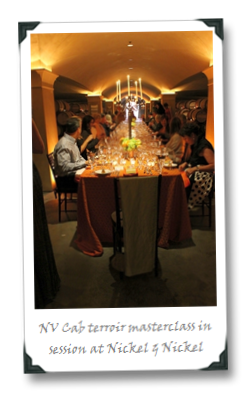 One of the ancillary benefits of being hosted at Auction Napa Valley are the winery-sponsored dinners that take place during the evenings preceding the big auction event.The food is usually fantastic, the wine is flowing (often a bit too) freely, and it’s hard to beat the locations.

For example, when I attended a few weeks ago, I joined bidders on one evening at Ma(i)sonry in Yountville for dinner and wines provided by Ma(i)sonry and Blackbird Vineyards owner Michael Polenske (where I finally met Blackbird’s winemaker Aaron Pott, whose humorous personality matches exactly what’s been described in the media published about him over the last few years).

The dinners aren’t exactly my scene – the people, food, and beverages are all top-notch, don’t get me wrong, but I’m nowhere near fitting the ascot-wearing-rich-white-guy mold, and while most of the guests are affable, welcoming, and only fit that mold peripherally, I still feel mostly out of place at those things.

So when I showed up for the second dinner on my itinerary, at Nickel & Nickel in Rutherford, I expected to feel the odd-man-out (which I did) but to be welcomed warmly (which I was, by proprietress Beth Nickel), and to be served over-the-top steakhouse food, probably in the cellar (which we were).

What I didn’t expect, though, was to get a sort of masterclass in Napa Valley Cabernet terroir.

I was drinking, not critiquing, and so I’m not offering any “official” reviews of the N&N wines here. What I am offering is some first-hand experience in how well the N&N Cabs reflect the Napa Valley Cabernet terroir of their source sites – an auspicious surprise for me as I was cutting into a piece of rib-eye larger than my head, and trying very hard to avoid what for me would have been a record-setting single-sitting caloric intake (mostly by not eating too many of the tasty onion rings that were each vying with that piece of meat in size and volume).

Since we’ve already unburdened ourselves of the weighty cloak (not superhero cape – I’ looking at you wine critics!) of official critical analysis, I’ll freely admit that I’m not a huge fan personally of all of Nickel & Nickel’s wines, finding their Chardonnays in particular a bit heavy-handed for my tastes (a stylistic choice, to be sure, based on what the fruit demanded; they’re quite clearly well-made) – though let’s be very clear, that preference did not prevent me from drinking them at diner. But the Cabs were different animals altogether for me – juicy, expressive, generous but balanced with well-manifested structural components like acids and tannin (most evidenced by the 2005s we tasted, which came off as still fresh and poised enough to age pretty well from here on out).

Most interesting for me was how textbook the single vineyard N&N Cabs were; they reflected the source areas so well (in terms of what we have come to expect from those sub-areas within Napa Valley) that you could have submitted them as entries in a living gustatory encyclopedia, if such a thing were possible. At one point, for kicks, I closed my eyes and moved the glasses totally out of order so that I could try tasting them “sort of blind” and see if I could correctly ID them. And it was not too difficult to pick them out of a randomized order, even with a slight buzz on and a mildly-fatigued palate after a day of having tasted… a lot of wine. 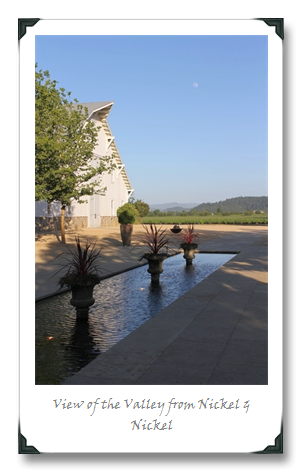 If you can bankroll it (not easy to do, granted), and if you’re interested in getting a crash-course in what to expect from Napa Valley Cab from the some of the most celebrated sub-areas in the Valley, you’d do well to pick up these wines and perform the taste-test for yourself.