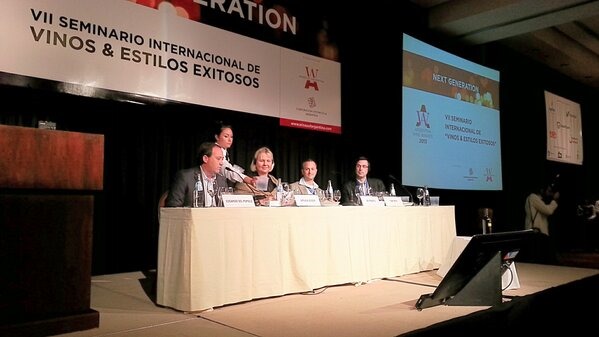 One of the interesting things to which the Wines of Argentina folks subject you as a judge in the Argentina Wine Awards (aside from tasting enough tannic Malbecs in one blind awards flight that you can no longer feel your gums, or taking you horse-wrangling in the Andes) is a seminar in which you’re one of the featured speakers. 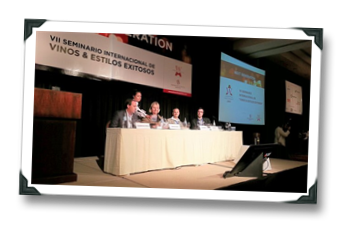 For the 2013 AWAs, the seminar topic was “Wines for the Next Generation” (speaking largely about Millennials, in this case), and our group of international judges was asked to choose a wine that we felt represented what the next gen wine consumers are drinking in our respective markets. And so we sat on stage in panels of two or three judges, with an Argentine winemaker chairing the discussion as we talked about the wines, and our markets.

And it’s easy to do, despite the fact that as judges we hailed from a somewhat dizzying array of backgrounds (new and traditional media, wine service, winemaking, and other fields), and despite the fact that as an ensemble we hailed from Italy, Brazil, the UK, Australia, Spain, Korea, China, Canada, Mexico, the U.S. and Switzerland. Not exactly people all cut from the same cloth – wine had brought us together, and the love of it was the only common denominator between we hailed (aside form us all being humans, I mean).

It’s easy to do because we almost all said exactly the same thing. When the last of us to speak at the seminar, UK Master Sommelier Laura Rhys, presented a summary slide titled “What The New Generation Wants From A Wine” it echoed so closely the previous sentiments of 90% of our collective speeches and presentations that I later asked her if she’d authored it on the fly after seeing the rest of us speak (only because that’s precisely what I would’ve done myself). “No!” she exclaimed, I think taking my question incorrectly at first as an accusation instead of an expression of how impressed I was by her slide deck. “I wrote that up ages ago!”

If accomplished professionals in an area of business, hailing from totally different backgrounds, separately converge to similar conclusions on a topic, then you probably ought to listen to what they have to say if you’re at all interested in that same business (in this case, selling vino)…

Here’s Laura’s impressive summary slide, along with a bit of the text reprinted below (and expanded by moi):

What The New Generation Wants From A Wine

Here are my thoughts (and, if I may be so bold, grades for review purposes) on the wines brought by my fellow judges and me, with a quick synopsis of why they were picked. These choices underscore the themes that we just about beat the Argentines over the head with during our speeches. Ignore it all at your own peril, I suppose!

A white grapey, easy going, simple, floral, forward and sweet Brazilian answer to the rest of the world’s fizzy Moscatos. Eduardo picked this because it’s inexpensive, good quality, and authentic while also having broad appeal.

Floral, citric, refreshing, with a hint of lemon drop on the melon fruits, and great pithiness in the finish. Why pick it? Franconia is far from being played out, it’s a classic area that’s still under-exposed to the younger market, and the wine delivers on the refreshment.

Loved this wine: creamy, heady, floral, yeasty, refreshing, funky and full-bodied; bring on the cheese, please! Ursula picked this in part, I think, to emphasize the “go local” sentiments of the younger generation in her neck of the global woods. It’s also, of course, has no lack of geeky, bet-you didn’t-know-about-this-one appeal that will make younger wine consumers look cool to their friends. 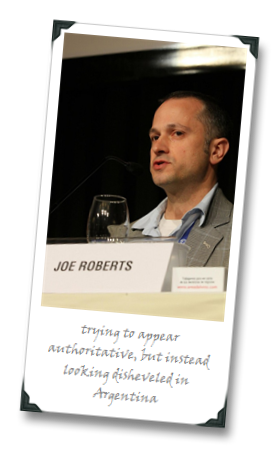 This wine has a lot going for it when it comes to Millennial appeal: a classy label that evokes a French lifestyle without making it look like what their grandfathers are drinking; a refreshing, citric, pithy palate that’s also a touch sweet with some RS (look, sweet wines that people think are actually dry sell, people); a low price point combined with high quality and consistency. Millennials in the U.S., particularly those into fine wine who are on the East Coast, are cutting their wine-drinking teeth on wines like this, and not on flabby oak bombs. As a result, Tariquet might seem like the vinous equivalent of MacDonald’s in France (these are the grapes that probably didn’t make it into Armagnac, after all… okay, just kidding… I think…), but have managed to make a wine that feels more like Apple’s iPhone in the U.S.

Hard to argue with this producer in terms of delivering a good QPR. The wine is woolly, fresh, exciting, seems almost spiked with minerals, and generally kicks ass. It’s also got an appealing story in terms of hailing from an Australian region that’s still off of most people’s wine loving radars.

Harshal has an interesting world view, having grown up in India, lived in Australia and consulted for resorts in Asia. He picked the geeky somm’s pick, but we shouldn’t forget that geeky somm picks have a lot of sway on the opinions of young budding wine geeks in much of the first world nations. Elegant, smooth, peppery and fresh, with dark cherries, power and verve. And it has a story, being made by the ex-wife of the celebrated Dirk Niepoort.

Moon Song not only had the coolest name of anyone in our judging company, she was also one the nicest all around people I’ve met in my many travels. Her decision was to go with a wine that was both interesting and relatively inexpensive, able to stand with the steakhouse crowd. This Chianti fits the bill, though you really need to enjoy structure and not mind a bit of funk.

José brought this wine because it was his! But it’s no slouch: light on its feet, fruity, sexy but also a fresh-as-a-daisy take on the Spanish red blend theme (in this case Tempranillo, Cabernet Sauvignon, Syrah and Grenache). The younger set likes it fresh – a fact that you might have picked up on since the word already appears about 400 times in this post – and this wine is most definitely that.

Emily provided what might have been the single most interesting wine of all of our group’s picks, in my opinion. The wine itself is excellent; spicy, tart, earthy, some concentrated and complex dried plummy fruits mixed with orange peel, herbs, meat, balsamic and finished with a dusty, mineral quality. And yes, it’s also… fresh. But there’s also interesting story here, with 100 year old Croatina vines struggling to produce fruit in the Boca hills, a region that gets little attention (which should change, with wines being made such as this one).

Pretty good, dense, brawny, chewy, dusty, figgy Nebbiolo. Only it’s from Mexico. Do I really need to explain why that kind of story and experimentation would appeal to a generation that likes story and novelty? Didn’t think so.

Think of a typical Sangiovese wine – dried orange peel, figs, funk, dried herbs, tart red fruit at its core – but add a lot more concentration, and toss out any other sense of the typical. Where do I even begin with this one… This wine is an experiment. F. Muratori develop the wine in clay barriques, like amphora, coated with beeswax, and use fungi and bacteria to help maintain vineyard soil balance for the grapes used to make it (tests apparently show that this increases phenolic compounds by 40% versus their neighboring vineyards with nearly identical soil content). Talk about a story upon which to hang your sales hat. It’s fresh, it’s different, it’s excellent, and it appeals to anyone with a sense of novelty and adventure (and a pulse).

Finally, MS Laura Rhys wrapped things up with a tart and fresh (I know, I know, I’m even getting sick of typing it, okay?) Grenache and Carignan blend from France. Another geeky somm pick that delivers the goods: vibrant dark raspberries, mouth-watering minerality… just a delicious wine, the kind that conjures up a billion potential food pairings after a single sip. The short version of the story: it’s grown on a small parcel of land from 80-year old vines planted in black stones, and it oozes authenticity from every delectable molecule.