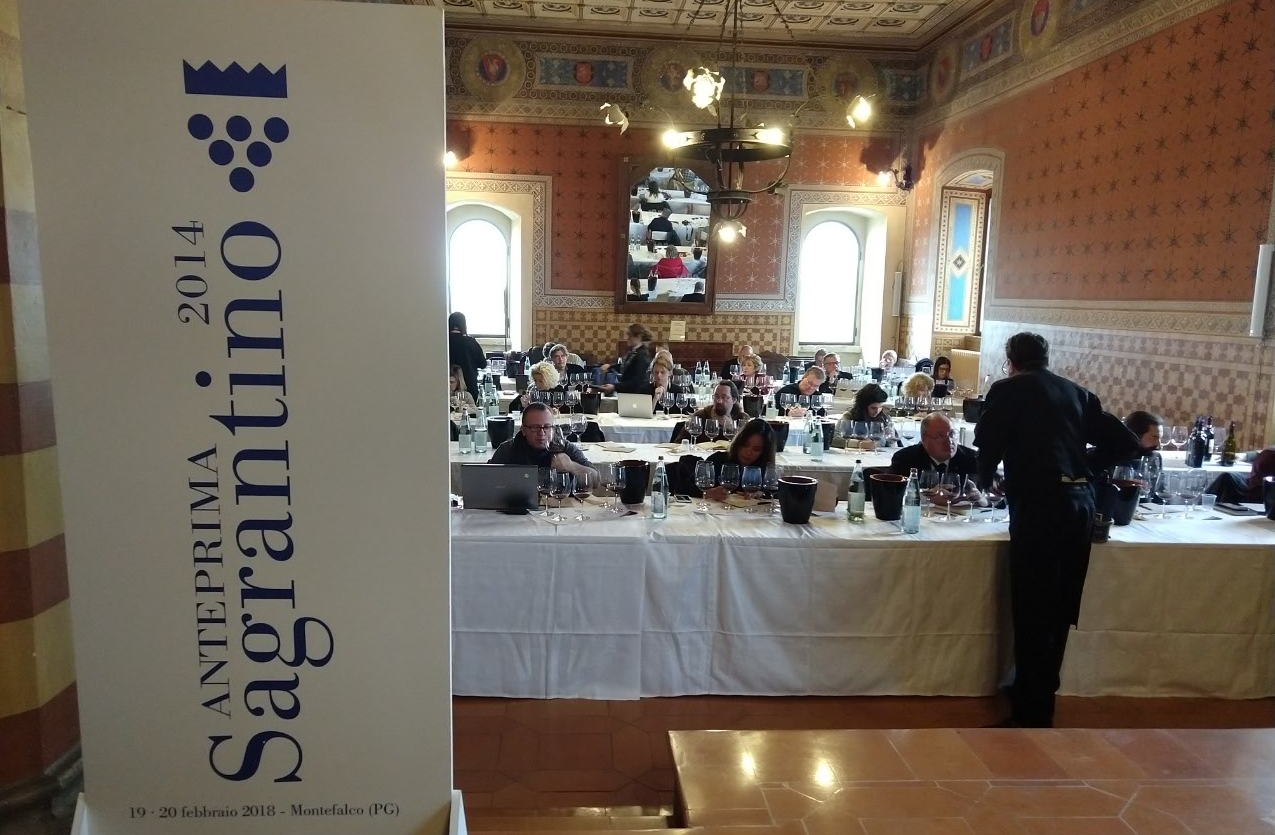 Back in February, I spent a handful of days in the charmingly-imposing Italian town of Montefalco, as the U.S. media guest attending the anteprima showing of Sagrantino’s somewhat-troubled 2014 vintage. 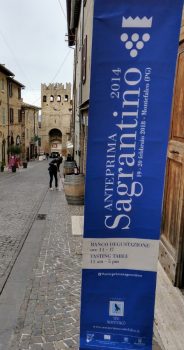 Generally, the way that these things work is that we press-types get to sit around in beautiful locales tasting (and pontificating upon) the latest – and usually not-so-latest – vintages of a region, when we’re not attending dinners or visiting nearby producers, I mean. Just another day at the office…

After highlighting a handful of producers from that visit, I thought that I would wrap up the Sagrantino-related coverage here by sharing some of what I found to be among the more interesting wines that I encountered on that anteprima trip. Some of these wines will, in true 1WD form, be nigh-impossible to find, though most won’t; but think of this less as the brain-dump of tasting notes that it is, and more of an enthusiastic recommendation of some of Montefalco’s best producers.

Now that we’ve gotten that out of the way, I have what feels like ten billion wines to tell you about; and so, let’s get it started in here while the base keep runnin’ runnin’, and runnin’ runnin’… 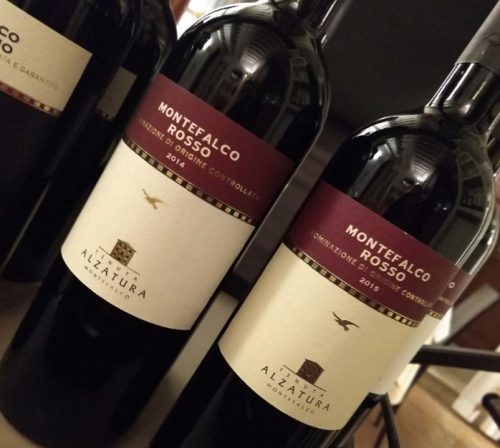 We can’t – well, we can, but we shouldn’t – forget one of Montefalco Sagrantino’s little vinous brothers, Rosso di Montefalco, which in Cecchi Alzatura’s case hails from three different vineyards supplying the Sangiovese, Merlot, and Sagrantino making up the blend; a key advantage since, as Agronomo Alessandro Mariani told me, “In Montefalco, everything is in small pieces.” This offering is textbook for the region: chewy, sexy, plummy, and spicy.

When it comes to the burly Sagrantino grape, having perspective in essential, so it helps to taste something from an older, excellent vintage to get said perspective, as I was fortunate enough to do with Alzatura’s `07 incarnation of their “Uno di…” series. This is still young, but has kept its round, ripe, and generous fleshiness. Earthy, dark, leathery, juicy, and fruity, this one has character, power, and poise.

So… yeah, you’ve heard of these guys, who famously threw out their first vintage back in the 1970s, and now at 136 hectares of vines and 800,000+ bottles of wine a year are among the larger producers in the region. They’re fans of extended oak aging which, seemingly paradoxically, smooth out the rougher and ample Sagrantino tannins by adding more tannin (and thus elongating the tannin molecule chains and makes for a potentially silkier mouthfeel overall.  This Rosso Riserva sees twenty months in oak, and it’s hot, burly, and big, while also being spicy, supple, and plummy. Get a good steak, because you’ll need it with this.

This Sagrantino is the result of vineyard and barrel selections, resulting in a concentrated, meaty, and excellent red that’s crazy spicy, crazy powerful, and crazy smooth. The tannins might be supple, but they are also significant and abundant; the wine will definitely age, and it definitely requires it. 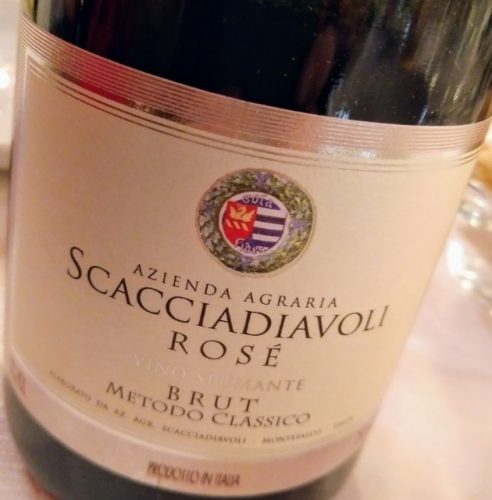 And now for something completely different… here’s a side of Sagrantino that one rarely sees: namely, a “feminine” take. In this case, the burly grape is picked on the early side and given the Champagne treatment, including sur lie aging. The result is a combination of ripe red apple, brioche, and citrus tones, and is eminently gulpable.

This is a minor triumph of the challenging `14 vintage; laden with tobacco spice, ripe and tart plum fruit, and serious structure/grip, this is about as elegant as a young Sagrantino can get.

Tighter than a tourniquet, which has the advantage of temporarily showcasing freshness and minerality along with the more common Sagrantino elements of sipcy tobacco. This might not be ready for drinking until Elon Musk’s Roadster collides back into Earth…

This gets very dark, very quickly, and moves from silky to mineral and gritty almost as quickly. Layers of herbal spiciness and dark fruits hint at something special ahead (if you can wait for it).

Ohhhhhh! This one is getting very, very fresh with us! While it’s not the most complex Sagrantino you will encounter, the core structural elements and typicity are ridiculously strong with this excellent Sagrantino example. Taken with the acidic lift, it’s a winning combo. 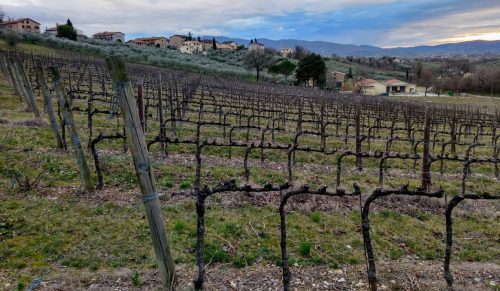 There’s so much going on here, it’s almost a little overwhelming at first blush; tobacco, herbs, flowers, mint, leather, plums… and lest you think that all of that reveal this early on might hint at a shorter aging curve, there are a shit-ton of tannins included for good measure to prove you wrong.

Graphite, spices, and lots (and lots) of dark-fruited generousity, especially considering the vintage. It’s also powerful (and even a tad hot), but will make the steakhouse crowd very, very happy. 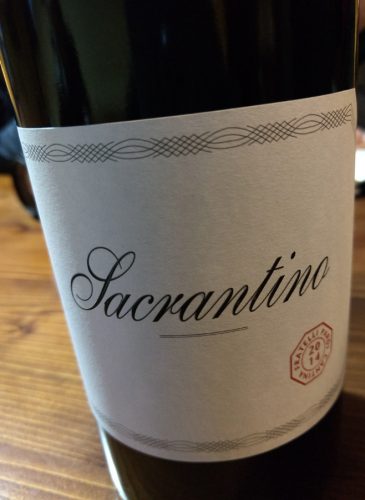 This single vineyard Sagrantino bears a name that hearkens back to the wine’s past, but is quite modern in presentation. Minty, brambly, and showing off black cherry, plum, and sweet tobacco action, this starts smooth, gets a nice lift in the middle, and ends powerfully and long. And I mean powerfully – at over 16% abv, this one will could get you onto your knees in pseudo-religious-prayer formation, and in short order.

Fortune favors the bold, and in this case, also the grippy, leathery, and spicy. Tobacco, dark cherry, game meat, and even a hint of salinity make this one one of the more compelling Sagrantino releases of the vintage, in my not-so-humble opinion.

Part of the Lunelli group of brands, this wien is named after their famous tortuga shell-shaped edifice, which I can tell you from firsthand experience is a sort of odd wonder of design and construction. While the building might seem a bit on the whimsical side (and look like the giant Gamera decided to retire and become a winery), this Sagrantino isn’t fooling around at all. Elegant cigar spices, dried herbs, black and red cherry fruit, mineral, and even hints of roses are all packed into a fascinating aromatic profile.

Tied up tight with sprigs of mint and other dried herbs, this red reveals little on the nose but starts to hint at great chewy fruitiness on the palate. That is, before said palate also tightens up into serious grip. 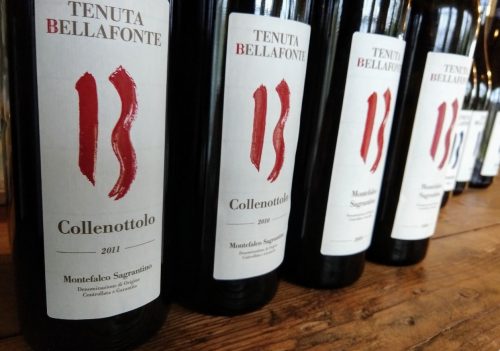 You gotta admire the tenacity of this producer, who make 30,000 bottles a year from only estate fruit, and with only two wines in the portfolio. Going back in time with their vintages of Collenotolo was a treat, and it showcased how much their investment has paid off over the years (when asked how much that investment amounted to, owner Peter Heilbron replied “Too much! But pleasure has no price!”). The `14 Collenotolo is floral, herbal, earthy, minty, and full of cherries and spices on the palate. Sweet plums eventually take over, and the whole experience of drinking it is so nice that one feels compelled to keep going…

It seems fitting to wrap all of this Montefalco-ing up with something uniquely Montefalco. While there’s plenty of dessert-style passito made from Sagrantino to be found in the area, the “Essentia” showcases Trebbiano instead, with no oak treatment. Apricot, sultana, and floral perfume on the enticing nose move to a soft palate entry, then to a sense of freshness, finishing with citrus peel and honey. All of which you’d need, too, if you had to wash down all of those burly, young Sagrantino reds… 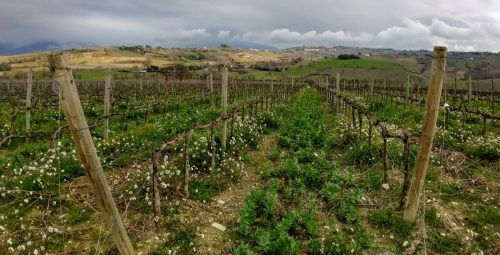