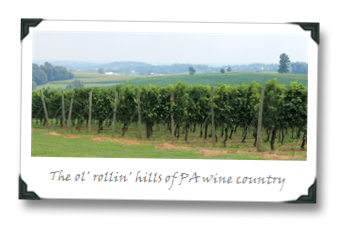 A quick hit today to let you know that my take on the state of Pennsylvania wine (yes, we do make wine here in the land of scrapple) is now published over at PalatePress.com. If you’re curious as to why and how an apparently paradoxical wine market can exist in which small producers struggle both to keep their very grapes alive every year and to vie for critical recognition, and yet also can practically sell out every vintage, then go on over to Palate Press and read all about it.

The publishing of that article (which was about a year in the making) comes at an interesting time, when the Pennsylvania congress is in heated battle to progress legislation that would finally repeal Prohibition largely do away with its current state-run monopoly on liquor sales and distribution and thus make PA marginally less of a laughing stock among wine lovers in the U.S.

It’s been interesting to watch who has jockeyed for which special interests during the PA privatization fall-out. The unions associated with the PA Liquor Control Board particularly have had their haunches up, since any changes would either mean that they’d be losing jobs, or having to compete in more of an open market (in which case, they will almost certainly also end up losing jobs, since, as most people shopping for wine in PA would likely tell you, there’s no way in hell they’d be able to compete against providers that actually supply good customer service and actually close locations that don’t make a profit). 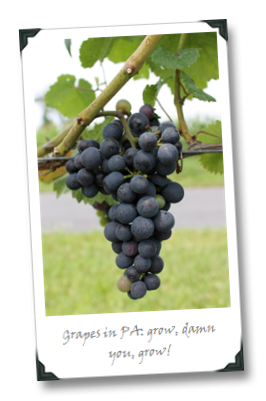 This quote, recently reported after the near-all-nighter that the PA congress held in moving the current privatization bill forward, in so far as it sums up the hard-line stances being taken in the debate, is one of my faves; primarily because it flies so dramatically in the face of common sense for anyone who has spent more than six minutes shopping for wine in a control state:

“The current system works. It works very well. It adds new dollars to the state’s economy. It grows every year,” Sen. Vincent Hughes, D-Philadelphia, said. “This was the opposite direction … wrong bill, wrong idea, wrong direction.”

Uhm… Mr. Hughes, it also totally sucks donkey bong, is blatantly anti-consumer, and doesn’t actually deliver on any of its claims of increasing safety. But that’s okay, because it makes us money, right?  Talk about a “wrong idea.” Long-time 1WD readers know that I basically got too “hoarse” screaming about the PLCB here in the past, and so I will spare you the shouting today (if you’re interested in some PLCB ranting, take a look back through the archives).

There’s still a loooong way to go to get to successful liquor privatization, as the recent but I’ve finally acquiesced to accepting baby-steps-style progress, which in this case is arguably better than living in the wine sales dark ages. PA’s privatization might indeed be delayed, but momentum is a powerful thing in politics…