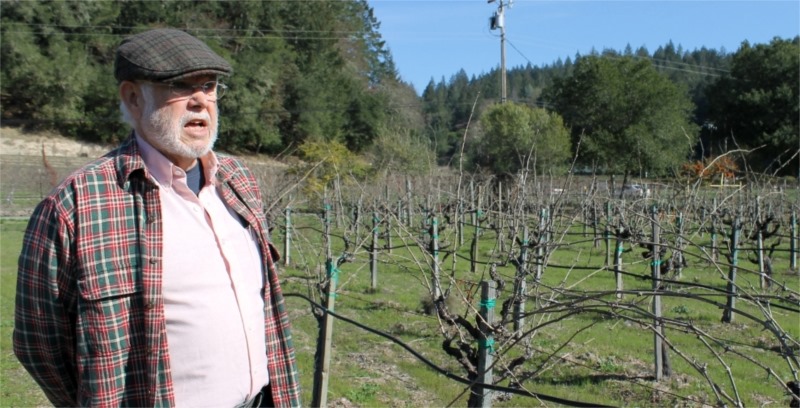 A conversation I had at the tail end of the 2014 Premiere Napa Valley Auction:

Alder Yarrow: “So, where are you visiting when you’re in town?”

Me: “I’ve got appointments at Stony Hill, Kapcsandy, Casa Nuestra…”

And so there you have it, one of the best ways to summarize the Old School coolness of Casa Nuestra: they made the grand-pappy of wine blogging, Alder Yarrow, squeal happily like an eight-year-old girl at a princess party. 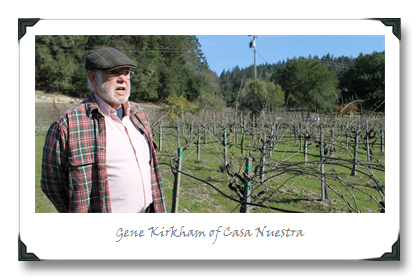 And they are, for sure, Old School cool: funky tasting room, tiny production, “unhip” grape varieties (Chenin Blanc was planted on their Silverado trail vineyards in 1979), and a winery website straight out of 1999. The only way that owner Gene Kirkham could further transcend the trappings of the modern Napa Valley would be by physically teleporting his entire operation to some other part of the globe entirely.

Kirkham’s family has been in the Napa Valley farming business since at least 1956, when his mother purchased Oakville farmland with some… unique vine plantings. That was a true field blend, which would produce what would become Casa Nuestra’s Tinto red, which was popular enough that they couldn’t quite keep up with the demand.

Kirkham assumed that Oakville vineyard wouldn’t last forever, and so started to concoct a backup plan. “I thought, ‘I’d better protect this recipe,’” he told me, “so I took the cuttings and planted out here” on the Silverado Trail. That Oakville vineyard was comprised in part by a “mystery” red grape that they assumed was Refosco, but turned out to be… Negrette (Wine Century Club wannabes, take note).

Refosco-and-Negrette-based reds aren’t the only quirks of history for Casa Nuestra. “I made a Grey Riesling,” Kirkham recalled as we walked among some of the older Chenin Blanc vines. “Put it in a Hock bottle and called it ‘The Green Torpedo.’” The trouble was, it acted too much like an actual torpedo; “it started re-fermenting, and would explode in people’s cars after they bought it, so that was the end of that.” 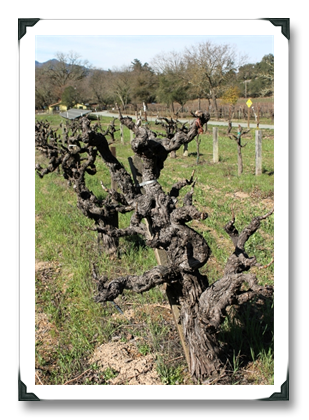 There are other quirks, including the striking artwork that adorns the cellar doors, the rock memorabilia that adorns the tasting room walls, and the double-trained Cabernet Franc vines that adorn the vineyard (“a shameless copy of Cheval Blanc”). Alan Price (described by Kirkham as “brilliant and very quirky” handles the winemaking duties. If you’re sensing a theme here, congratulations, you’re paying attention. Even their name has a quirk: it came with the place, and had been intended by the previous owner to be used as a trade name for a commercial kennel of golden retrievers.

The dumb thing about quirkiness is that it now gets faked so often that even in its genuine forms it runs the risk of immediately seeming too cliché. In the case of Casa Nuestra, however, the quirkiness runs deep, and remains connected with the hippie idealism that defined the best of the ideals that many other Baby Boomers simply abandoned once they realized life was easier if they were making more money. Casa Nuestra still walks that hippie idealist talk, and somehow it shows in the genuineness of the juice itself.

These are wines that feel as though they are honest, that they couldn’t really be any other way; wines that exude quirk, quality, and are blessedly free of, as Fredric Koeppel wonderfully calls it, the “burden of exaggeration” that so clearly mark so many wines that are trying too hard not to be themselves. 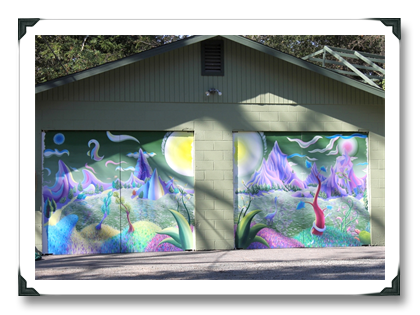 Only 262 cases of this were made, which makes me a touch sad, but not as sad as you might feel since I at least got to taste it. Heady, tropical, vibrant, pithy, floral and long; there’s surprising depth and even… attitude here.

Minerals, spices, dried herbs, and a savory streak. This is kickin’ it Old School, favoring vibrancy without sacrificing its brooding side, or the signature Napa Valley power that makes CF from the area come off as lush.

The kitchen sink, including about 40% Negrette and a heaping of Zinfandel, too (as well as Carignan, Alicante and Petite Sirah). Deep and tart red fruits, juicy and savory, followed by darker fruits and berries, leather, spices and even a touch of saline. An odd but thoroughly interesting and demanding bird, always showing something a bit different, much to the delights of geeks like me.

Cab Franc, Metlot and Cabernet Sauvignon; which combine to give you green herbs, spices, dark and savory red fruits, and wet stones. This is authentic, with a lithe mouthfeel. If it has a fault, it’s the awkwardness on the finish, which is a small cavil in terms of the overall interesting, pleasing, mouth-watering package.

Blue and black fruits, some raisins, then violets; our old friend “savory” is back here, too (hey, these guys are consistent), but things then move to softer, vibrant territory quickly. It’s rustic, in every good sense of the word, with spices that last a damn long time in the finish.