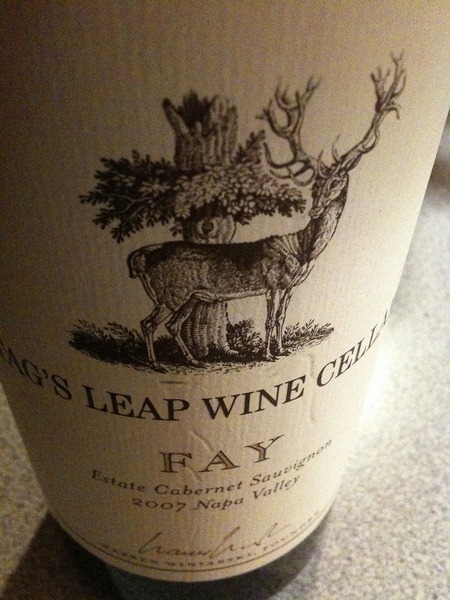 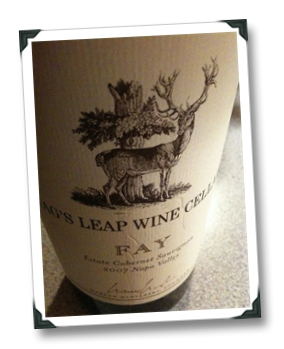 For all my travels to the greater Napa area, my experience with Napa’s venerable Stags Leap District hasn’t exactly been trophy-mounting-24-point-buck caliber. In fact, it’s been quite doe-like – I’ve tasted a good number of high-end wines from the area, and visited a few its producers, but aside from a stop at Chimney Rock earlier this year for some barrel sampling I’ve had few real in-depth experiences with SLD wines.

So, some of you will have noticed that the twitter mini-review feed has been… well… leaping with SLD reviews over the past several days, as I made my murky way through the sample pool and scoured the SLD samples I had on hand to share some of them with you (virtually, that is). While I am planning on visiting the area early in 2012 for potentially more in-depth, behind-the-barrels coverage, I thought it would be interesting to see how some of notable SLD wines stacked up against one another, and put to the test over a couple of days each (along with some dinner fare), and share the results with you.  And it should be fun, I think, provided that you don’t mind references to KISS albums, or pornographic tasting notes, that is (those will make more sense in a minute).

After the jump you’ll find some recommendations from said twitter feed, along with two kick-ass, badge-worthy SLD cabs from the bunch that particularly stood out for me.  And standing out was difficult among this bunch, but not exactly for all the right reasons… 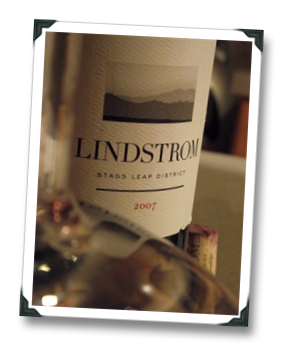 All of the wines listed below are very good, and very well-made. But… they are also big wines, with some big, concentrated dark fruit, and are not shy at all. As I described to one friend while tasting through them, it’s not that they don’t have feminine qualities to them, it’s just that their feminine qualities are friggin’ aggressive, man – these are wines whose feminine sides are sporting strap-ons (yeah, I really did just go there… sorry… I did warn you!).  And a good number of the wines (not all of which made the coverage cut) were, I thought, too darn similar overall, and in some cases lacked the distinctiveness to justify their lofty price-points.

To really be into most of these wines, you really need to be into largeness of body (and largesse of fruit). You will find complexity and interesting secondary aromas and characteristics – particularly black licorice, woody spices, and hints of black tea leaves – but you need to be patient to do so, and give them several hours (if not a full day or two) to come around. Just about all of them would benefit from further bottle aging, but all of them are enjoyable now (pending your predilection for extremely focused dark berry fruit), thanks to SLD producers stylistic tendency towards long tannin chains and silky mouthfeels. The fair warning here is that if you don’t like big Cabs, then very little about these wines will ultimately appeal to you; your personal mileage, as always, will vary. 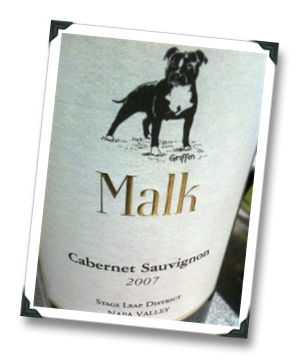 First, the badge-winners, which played well with beef and had the complexity to stand up to their fruitiness:

This was an interesting wine for me, my first experience with Malk (and hopefully not my last). On the one hand, I found it almost brutish in how it presented its dark plum and berry fruit, but the fruit was so pure and tasty that it also felt almost… regal. The whole tasting experience of the Malk came off as if the bulldog on the label was aggressively trying to play with you, and it was just so cute but also clearly of such high pedigree and beauty that you just had to fall in love with it a little bit.  Black licorice notes rounded it out nicely. 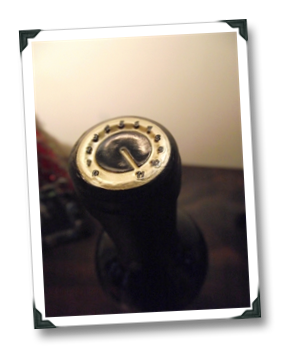 Inspired by the genius of Spinal Tap, Cliff Lede have put together a Cab blend which they state clearly on the back label “goes to eleven.” And so it does.

Truth be told, the lead up to the Wiz was a struggle for me. At well over 15% abv, I was dreading tasting this wine and figured it would come off as boozy, sweet and too over-the-top for over-the-top. And I was totally wrong.

This wine for sure is ginormous. There is no getting around that. But it brings a Mjölner’s worth of thunderous fruit and a complex mix of it, too – black plum, dark cherry, raspberries and blackberries. The long finish that evokes black tea was the dealer-sealer for me, and ultimately won me (or at least the immature, head-banging kid in me) over.  It’s like listening to KISS’ masterpiece Destroyer – totally over-the-top, brash, probably too loud, but just incredibly genuine and satisfying because it’s so comfortable with its own shtick. God of Thunder, indeed. 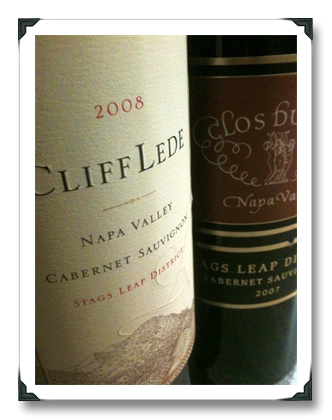 And now the round-up:

4 thoughts on “Stag Party (A Deeper Dive Into SLD Cab)”