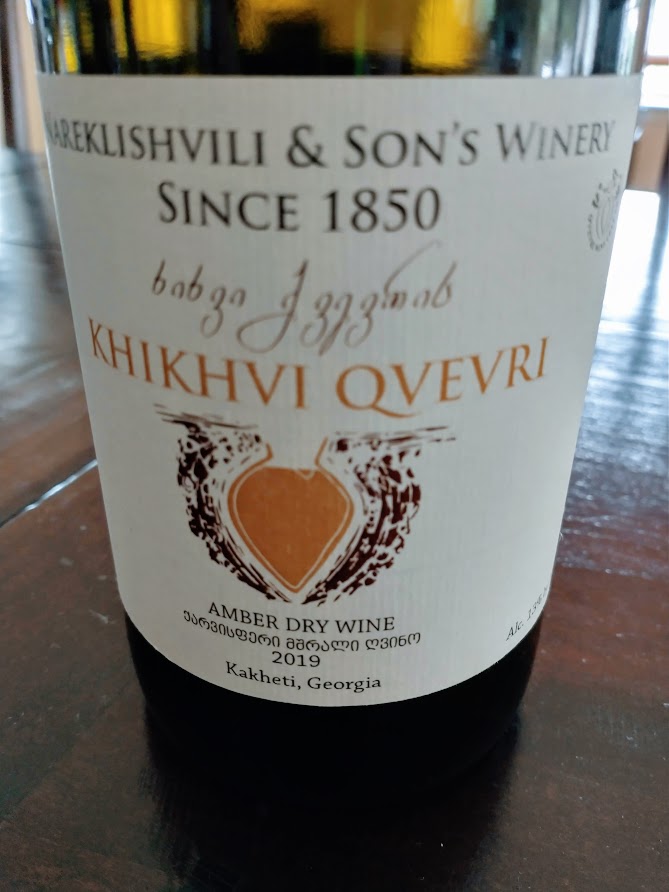 Well, folks, I’m just going to come right out and say it now: Georgian wine is ready for prime time.

No, not wine from the U.S. state of Georgia (though that state has had some standout wines for many years now, so don’t overlook it). No, I mean Georgia the country. The home of the Caucasus. That Georgia.

First, the bad news: Like Greece’s Crete, Georgia is one of the great ironies of the wine world. Despite vying for status as the place where civilized winemaking began, and once being an important player on the world’s winemaking stage, a combination of historically suppressed production, and impossible (for Westerners) to pronounce and unfamiliar indigenous grape varieties, means that Georgia now has to somehow find its modern footing in a wine market that now scarcely pays it any mind.

It also has to deal with the fact that, dominated as it is by small, family-run wineries, it’s virtually impossible for Georgia to match supply if demand for its wine did happen to jump.

Every (re)emerging wine region needs at least two things: 1) The ability to hang with the currently very high minimum quality threshold of wines in an ultra-competitive market, and 2) a champion with authority and bonafides. Georgia now has both.

Regarding the first, Georgian wine is becoming one of the better “hand sells” in the wine world. My sample pool of Georgian wines has been growing slowly and steadily over the last 18 months, and most of those samples have impressed the hell out of me. As for the second, a champion has, indeed, emerged in the form of Master of Wine Lisa Granik, whose recent book The Wines of Georgia is basically the current bible when it comes to the region’s vinous wares.

Importantly, we’re also seeing some boutique importers who are getting bitten by the Georgian wine bug, and are passionately repping the country’s wines. I was visited by just such a person: Jeff Brown, who owns Village Vines LLC (and is a 1WD local, no less!), and who specializes in bringing in products made by small family outfits in Georgia. Brown left me a couple of samples to wet my beak, and now I can crow about the quality of those to you and give you a sense of what Georgian wine has in store (figuratively, if not yet literally).

With orange/natural wines still flirting with toast-of-the-town status among wine geeks, Georgia is a natural fit for the hipster wine-loving crowd. Based on my experiences so far, the best amphora-aged whites from Georgia are among the best and most enjoyable amphora-aged whites, period. This 2019 Qvevri is a treat—freaky in all of the best ways. It’s honeyed and structured, has a tiny amount of funk that doesn’t even border on distracting, and delivers so much tasty apricot, pear skin, and bruised apple action that subsequent sips are pure pleasure.

Thankfully, this Aleqsandrouli is so delicious, you won’t care a whit about how to pronounce it. Brambly red berries abound on the nose and the palate, along with ample notes of white and black pepper that remain enticing and never once get obtrusive. The perky lift/vibrancy in the mouth makes this extremely food-friendly, but the breadth to the mouthfeel adds weight and enough seriousness to just sip it on its own, too.