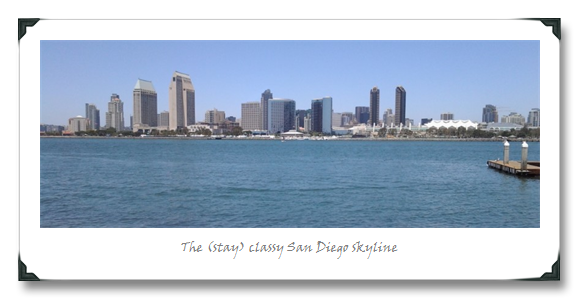 No, you didn’t see one of these selections coming, okay?

Don’t even try it. No one, least of all me, would buy it for even a second.

This Summer, I once again had the pleasure of judging at the Critics Challenge in (stay classy) San Diego, my second stint as a judge there. A more well-executed U.S. wine competition you’re unlikely to encounter, and the judging panels boast some impressive collective credentials. Before I get into the two most memorable (for me) wines coming out of this year’s incarnation of the event (full results are here), I should give you a quick primer on how Critics Challenge works. 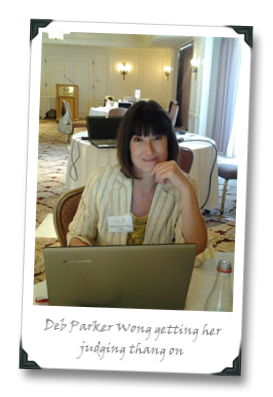 The judges are paid (well… duh), and for two days each is given a series of wine flights organized by category and tasted blind (residual sugar, grape variety, and category are known, in some cases vintage as well). The judges work in pairs, awarding (or denying) medals as they deem appropriate, and each wine is officially awarded the highest of the two medals determined by the pair of judges. The assumption, of course, is that as judges we all know what the hell we’re doing.

For 2014, I was fortunate enough to be paired of with writer and educator Deb Parker Wong, someone for whom the term “consummate professional” was invented, and a judge with a methodically brilliant tasting approach. I’ll stop here before this turns into a Deb valentine, but I feel compelled to add that Deb also possesses the rare and uncanny ability to double the elegance quotient of any room into which she walks (since I possess the equally rare and uncanny ability to halve a room’s elegance quotient, our judging table vicinity essentially remained elegance neutral)…

This year, Critics Challenge head honcho, journalist, and all-around-nice-guy Robert Whitley asked us to add scores (egads!) to each wine, in addition to awarding medals and writing a tasting note. The score was an aspect I left mostly to Deb, since I can only really zero-in on score ranges at best (she left a good bit of the tasting note writing to me, so things worked out nicely, though as you might expect my notes were gonzo-pseudo-poetic and… strange). 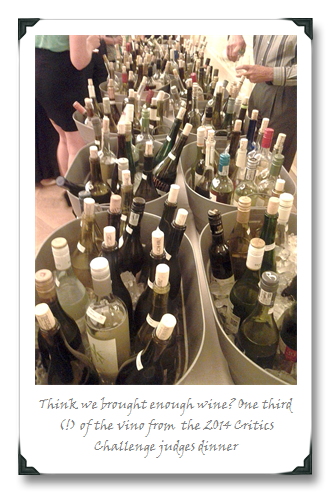 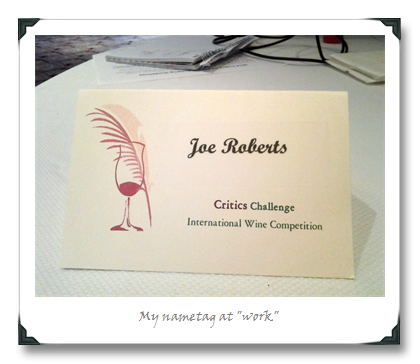 While my tasting notes will no doubt strike most people as odd, they arguable were not as odd as one of the results of a category that Deb and judged. I don’t mean strange in a negative way here, I mean it in a holy-crap-get-the-f*ck-out-of-here-totally-shutup-that’s-awesome way. 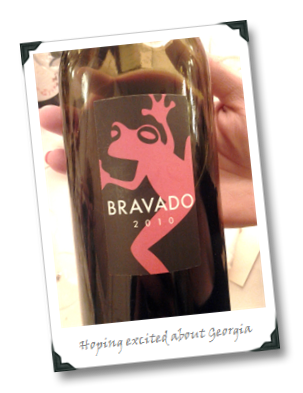 And to what wine did Deb Parker Wong and I unanimously award a Platinum medal in the coveted (okay, that’s pushing it) “BLENDED RED SUPER TUSCAN NEW WORLD” category? A Sangiovese-based blend made from grapes grown at high-ish elevations in the storied winemaking province of… Georgia. Yes, that Georgia, Georgia as in the U.S. State of Georgia, the Georgia-On-My-Mind Georgia. This is why we taste them blind, folks. The grapes are grown at the foot of the Appalachian Mountains, and as far as this recipe is concerned, the frog hops really, really well. This is Sangio that actually smells and tastes of Sangio: tart red fruits, earth, dried orange peel, the works. It has Sangiovese’s acidic zing, as well, and a plummy richness and well-integrated woody spiciness. I haven’t fully processed this one yet, and part of my wine brain is still in shock, but this is a producer on whom we ought to be keeping an eye, and one that will no doubt help put the U.S. deep south on the winemaking map.

See? Told ya it was strange.

Deb and I didn’t judge this particular wine in our tasting flights, but I’d be crazy not to feature it after having tasted it at dinner following day one of Critics Challenge. 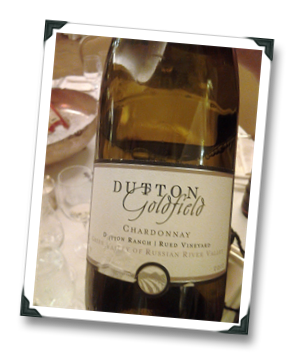 American wine competition mainstay (and now officially Chief Storyteller for Wine.com) Wilfred Wong (no relation to Deb) went so far as to give this not-so-little Chardonnay number 100 points during the 2014 Critics Challenge. I’m not going to go quite that far, but I am going to call it an officially Kick-Ass bottle of California Chard. That Dutton-Goldfield has superb fruit with which to work is pretty much beyond debate, though it can be debated whether or not their results are always superb. Happily, this Chardonnay, from Green Valley in RRV, is that. It’s rich, creamy, generous, floral, heady, captivating, and yet for all of the apricot intensity and breadth, a part of it remains citric, focused and lean. “Stunning” would be an appropriate descriptor, and one for which I’d gladly shell out fifty clams to be able to say (drunkenly, no doubt) after consuming a bottle of CA vino. If it could speak, this Chardonnay would be saying (in Ron Burgundy voice): “Iiiiiiiii don’t know how to put this, buuuuut… I’m-kind-of-a-big-deal.”

p.s. – I’m also pleased to report that Steve Mirassou’s Steven Kent Winery and La Rochelle wines fared very, very well at Critics Challenge 2014, but as a frequent 1WD reader, you not only possess above-average intelligence and good looks, but you also already knew that those were brands that should be on your California wine radar, right?