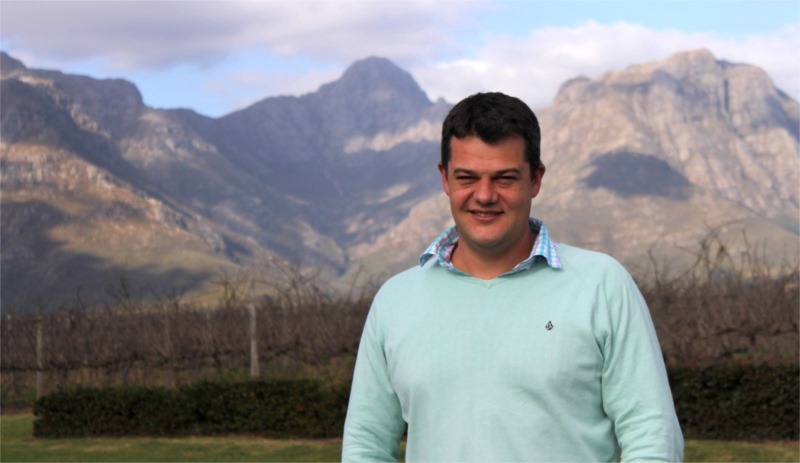 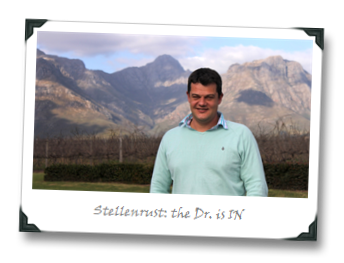 Make your way through the typically-wine-country picturesque town of Stellenbosch in South Africa, pass by the nigh-unpronounceable Blaauwklippen and Paradyskloof (I gave up on trying those tongue-twisters, personally), and you’ll find yourself at a gorgeous mountain-studded spot – Stellenrust – where they number their Chenin Blanc.

But then, you’d probably expect a numerical focus from a place where the proprietor’s name is Dr. Tertius Boshoff. C’mon, if it was from a crime novel you’d roll your eyes!

Boshoff looks nothing like what you’d expect from that name (I envision a modern rendering of Hugo Strange). But he does seem PhD-serious about his wines, and an estate that dates back to 1928 (which is not that long ago by some South African standards, actually) and now encompasses about 400 HA of vineyards across Stellenbosch and the cooler, higher elevation Bottelary Hills, near Cape Town.

The Stellenrust tasting room is a bit of an odd experience, ultra-modern inside but fashioned in some sort of Greco-Roman homage on the outside. And of course, just to throw you off, the wines are French-influenced, with some (their “JJ” line) being made entirely by hand, no machinery allowed.

Confused yet? It’s okay, because the wines are worth the oddities… 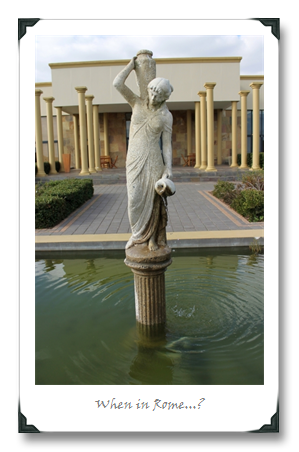 But before we go there, you should know that the juxtapositions get worse. In terms of grape ripeness, they “harvest for phelonic compounds,” Boshoff told me, using an “ultraviolet fingerprint on the grapes, to help match ripeness with our desired flavors.” And then in the case of some of the wines, those modernly-selected grapes get stomped on by women from their farm and then are allowed to ferment naturally.

It’s an interesting mix of old and new, one that happily feels more properly congealed than the melding of Stellenrust’s exterior and interior décors. 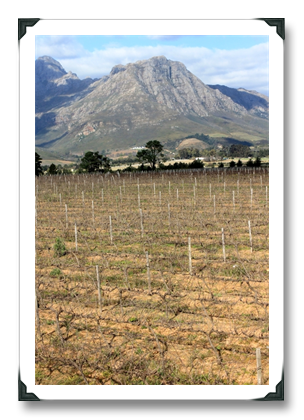 Stellenrust has an interesting lineup of wines, not all of which I liked, but the ones I did like, I really liked. Now, I know that it matter naught what I personally enjoyed, and that I should focus on those wines that I considered the most interesting / highest quality, but f*ck that, this is my blog and we’ll go after my faves if we wanna! 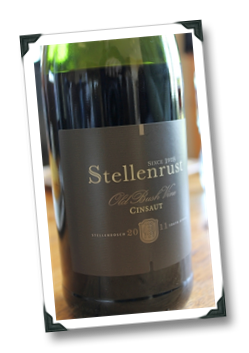 Okay, I’m throwing you off already by not starting with the Chenin… keep your pants on, it’s coming! I’m a sucker for a the tart, red plummy goodness of a nice Cinsault. But what struck me most about this wine was how elegant it was, rather than coming off as rustic (which, let’s face it, is kind of Cinsault’s thing). It’s soft, but has bitter edges to the mouthfeel and is also quite expressive, and it has a nice, unexpected cocoa hint at the end, like finding a high-end chocolate on your pillow at the hotel.

OK, the deal with the Chenin at Stellenrust is that they are numbered with an embossed emblem on the bottle, with the designation changing every year based on the age of the vines. We tasted back through the “46” and the “45,” and there were common elements underscoring all three of the wines (the “45” was their lot wine for the 2013 Nederburg Auction, and it was smokin’ good, soft, vibrant, and spicy). The “47” is rich, flora, spicy, heady (love that word… and such a good one for this style of Chenin), and tropical. Think more melons than passion fruit. There’s bready lees action, and a luxurious, toasty, guilty-pleasure feel to the whole thing, but it’s got a sh*t-ton of acidity that gives it some serious palate lift. Above all, this is a young wine, and it would be very interesting to see how it fared five years down the line. So… one of you lazy-ass importers needs to get on the case so I can find one Stateside in 2018, okay?

From the “well, damn, this one is aptly 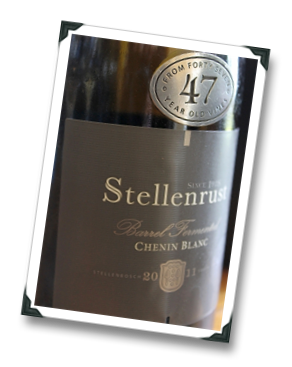 named!” file. Dusty, dark, minty and, yes, peppery as all hell. For all of the red and black, in your face Shiraz fruitiness, there is also a ton of tension between this wine’s vibrancy and its elegant softness. A little chocolate and vanilla mix at the end. The pepper escalates until you’re feeling like that pepper grinder is bashing you full on in the face, and you’re all “ooohhhh, yeeeahhhh… may I have another?” I only wish that the finish had gone on a tad longer, but that’s a minor cavil for a wine that nicely combines what we’ve come to think of as aspects of warm climate and cool climate Syrah that rarely come together in one bottle.

3 thoughts on “Chenin Blanc, By The Numbers (Stellenrust Recent Releases)”