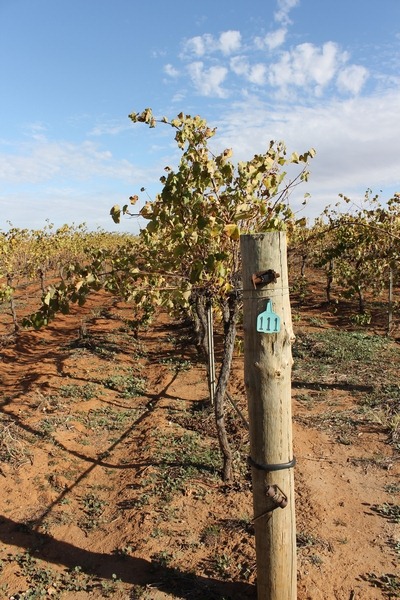 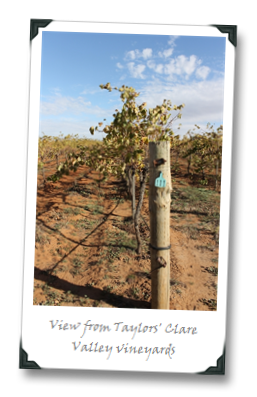 “I’m going to be honest with you, that smells like pure gasoline.”

Riesling. Specifically, a factor that many consider to mark some of the best aged Riesling wines on the planet: an aroma reminiscent of petrol, or vinyl, or rubber. It’s a marker that I’ve encountered in many a fine aged Riesling, including one that has come from arguably the best vintage of the 20th century from arguably world’s best producer of the stuff.

During my recent jaunt to Australia, the group of East Coast Sommeliers with whom I was traveling was treated to an in-vineyard pruning lesson followed by an in-office Clare Valley Riesling Masterclass, headed by Taylor Wines’ Chief Winemaker Adam Eggins. [ Editor’s note: if you enjoy the wines of Taylors  (known as Wakefield in the U.S.), then you should silently hope that none of the grapes for future vintages hail from the vines that we mauled that day ]. Like most good Aussies, Eggins is quick-witted, opinionated, and not afraid to hide those opinions even when actually he’s trying to hide them. But even Eggins didn’t quite reveal his hand when he shared with us a French report on the Riesling/petrol phenomenon (shared below, emphasis mine): 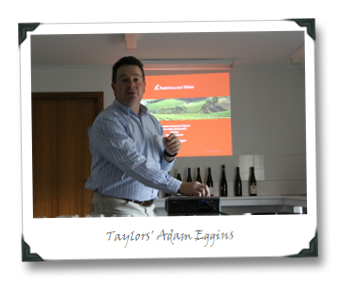 “With time, Riesling wines tend to acquire a petrol note (goût petrol in French) which is sometimes described with associations to kerosene, lubricant or rubber. While an integral part of the aroma profile of mature Riesling and sought after by many experienced drinkers, it may be off-putting to those unaccustomed to it, and those who primarily seek young and fruity aromas in their wine. …the German Wine Institute has gone so far as to omit the mentioning of “petrol” as a possible aroma on their German-language Wine Aroma Wheel, which is supposed to be specially adapted to German wines, and despite the fact that professor Ann C. Noble had included petrol in her original version of the wheel.”

Another way of saying that, is that Riesling’s petrol aroma is a fault.

But is it, really?

The answer, I think, is an emphatic NO…

The French report goes on to mention the specific compound responsible for this hint of gasoline in older Riesling wines, and the specific factors that contribute to its development: 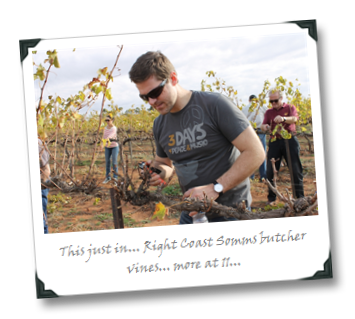 “The petrol note is considered to be caused by the compound 1,1,6-trimethyl-1,2-dihydronaphthalene (TDN), which during the aging process is created from carotenoid precursors by acid hydrolysis. The initial concentration of precursors in the wine determines the wine’s potential to develop TDN and petrol notes over time. From what is known of the production of carotenoids in grapes, factors that are likely to increase the TDN potential are:

Another way of saying that, is that all the elements that make grapes prime candidates for producing premium, long-lived Riesling wines also significantly increase the chances that those wines will one day smell like gasoline.

And so I’d argue that the hint of petrol is not a fault, because it is a natural by-product of the very conditions that contribute to the greatest Rieslings other great attributes: robust and complex fruitiness, concentration with a thread of stony minerality, and a finely-grained acidic backbone that contributes to some of the longest aging potentials – maybe the longest – of any fine wine. 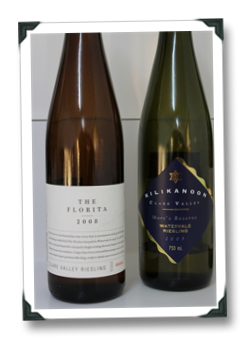 If the hint of petrol is too pungent or too aggressive, than that Riesling does happen to have a fault of sorts; but that fault isn’t the presence of TDN – it’s the wine being out of balance (which would be a detriment if any one aspect, like alcohol, or fruitiness, dominated).

So, sorry about this Frenchies, but TDN is not a fault just because some people prefer fruit and only fruit when partaking of their Riesling sniffing.

Oh… and two of my favorite Riesling examples from the Clare Valley during that Masterclass – Kilikanoon’s Mort’s Reserve (of which we tasted the 2011 and 2005 releases) and Jim Barry’s “The Florita” (both the 2011 and 2008 versions were sampled) – were marked by their racy acidity, fabulous textural aspects, tightly wound lime fruit and… waaaaaiiiiiit for it… beguiling nutty, honeyed and PETROL-like aromas in the older vintages. 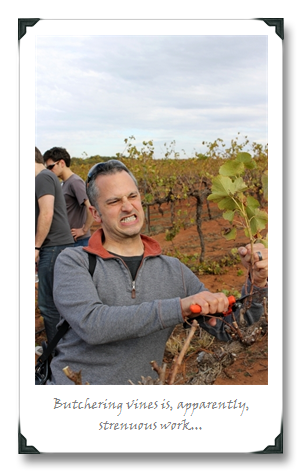 18 thoughts on “Are Petrol Notes In Aged Riesling A Fault? (Thoughts On A Clare Valley Master-class)”