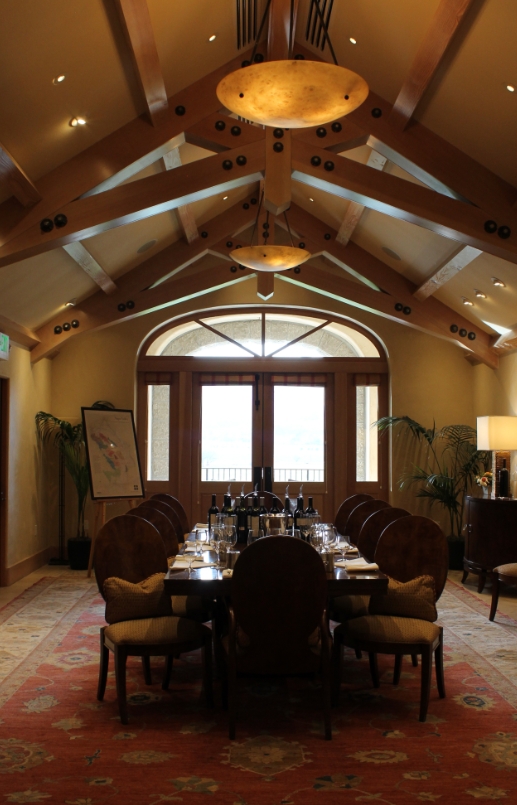 In no time at all he took me to the gate
In haste I quickly
Checked the time
If I was late
I had to leave, to hear your wondrous stories

How does one tell a story (in this case, a fairly wondrous liquid story) when the primary architect of that story’s plot (the winemaker) isn’t a part of the experience?

The options, as I see them:

2) Let the wine tell the story

3) Make a sock puppet of the winemaker and create a video with overdubbed quotes from said winemaker, using sock puppet as the stand-in.

Because despite the fact that the winemaker in this case (the celebrated and much, much too tall Chris Carpenter) was on the other side of the planet (Australia) when I was able to visit and taste through his high-end Kendall Jackson-owned portfolio reds earlier this year, the wines in that portfolio that most excited me are well capable of telling us their own wondrous stories (so option 1 is out).

And also because I lack any socks long enough to accurately represent how tall Chris Carpenter is (eliminating option 3).

The least expensive of these featured Napa Valley beauties is… $75. So, a budget-picks cheat sheet this article is not. While these ges are pricey, they spin hedonistic yarns that are all but impossible to ignore…

This project, one of the last to be developed with Carpenter and KJ founder Jess Jackson, takes its grapes from some rather rugged hillside slopes in Mt. Veeder. And by “rugged” I mean “having poisonous ground-dwelling snakes in them.” I was sort of ushered away by my handler when I got a bit too interested in the little eyes glaring back at me from within the holes in the hill, so I am assuming that getting bit by one of those would have resulted in my day ending rather badly.

Anyway, being above the fog line gives Mt. Brave grapes the potential for absorbing a lot of intense sunlight, and “intense” is a good word for this Malbec. So is “killer.” fresh, powerful, balanced, spicy, and Liberace-levels of flamboyant, there are blueberries and flowers galore here, along with sweet, dark fruits. And while it might be Liberace flamboyant, it’s also Liberace levels of talented.

This Howell Mountain vineyard was first planted in 1888, and its volcanic soils sit at over 1800 feet in elevation. It’s not the easiest spot to farm, but the resulting wines are easy to like (though not easy to afford). Simply put, this is one of the best NV Merlots I have ever tasted. The finish is longer than a hike up Howell Mountain’s 1800 feet… if you had to hop there while balancing on your tongue. Earth, leather smoke, game meats, plums, spices, black olives, wood, cocoa, vanilla, chalk… even for the price tag, you’re getting some serious complexity. Having said that, it wouldn’t matter if the wine were a flabby mess, which it most certainly is not; it starts zesty, in fact, moving to red and black fruits, dark cherry notes, gets silky, and then spicy, finally surrendering to tannic grip that is tighter than a nun’s knickers. 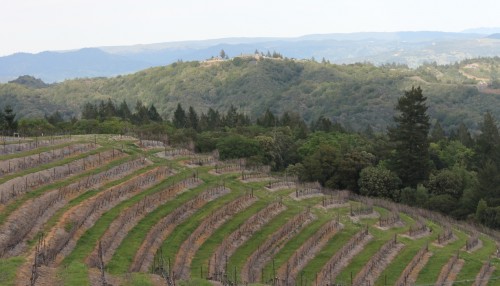 The Cardinale story in NV is well-known (primarily for the 100 points the wine scored in a previous vintage). In his vintage notes, Carpenter compares the assemblage of elements going into the 2011 vintage (Cabernet and Merlot fruit sourced from six different vineyard sources) tot he music of Beck. I didn’t quite get it, either, but I “got” this wine from the get-go. it’s young and tight at first, but starts to get very, very generous in short order: cocoa, plums, cassis, iron, minerals, spices, dried herbs… But the palate is the real star, here; it’s explosive in texture, at turns lush, spicy, mineral, and refined. Long, grippy, and full of the kind of tension that turns wine geeks contemplative.

Carpenter compared this wine not to Beck, but to Jack London’s White Fang. Now, that is a comparison that makes more sense, given that the ruggedness of this Cab is right in line with the volcanic mountainous terrain on which its grapes are grown. Like White Fang, this Cab is a beast in all of the best senses of the word. Aromatically, it withholds little, doesn’t apologize, and is quite happy being forceful. Espresso bean, blackberry, wood spices, violets, lush blue fruits, and giving a look that suggests that it could eat you whole and crap you out within fifteen minutes and it wouldn’t take it much more than a modicum of effort, after which it would quickly and entirely forget your existence. On the palate, things are mineral, linear, air-tight, burly, and powerful. Lay it down, and do not disturb its beastly slumber for several years. 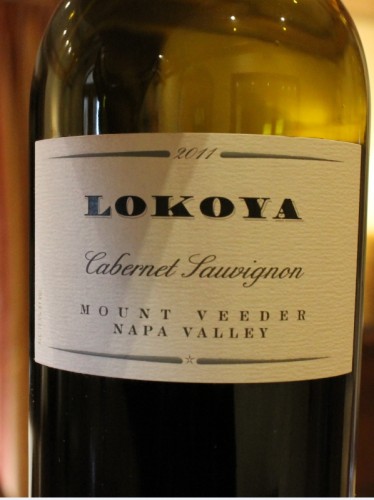