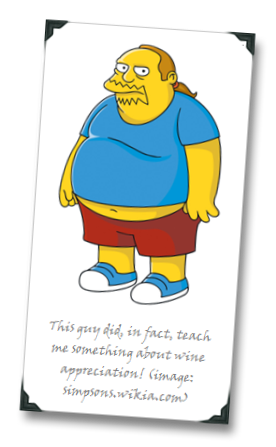 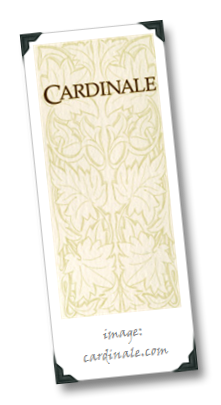 The point here is not to “bash” wine scores themselves (though I don’t personally care for them), but to underscore that BCM-style thinking can easily use scores as a convenient enabler, a crutch.  What you get with BCM run amok is often higher prices for higher-scoring wines and (somewhat ironically) less availability of those wines for the people to whom they might give the most pleasure.

It’s why small-production, high-scoring wines can sell out quickly – many (not all!) of the purchasers are collecting them simply because the wines have high scores and/or might be “worth more” in the future, often with no intention of ever actually opening those wines for themselves.  I see that kind of thinking as (very) odd, because it’s fundamentally disconnected from pleasure (at least, the pleasure that is truly experiencing a wine).  And if anything, wine is meant to give pleasure – at its highest, artistic, levels it’s meant to give aesthetic and mental and emotional pleasure.

All of this was top-of-mind for me because nothing stokes the BCM muscles quite like wines that garner perfect 100 point scores, and I’d recently decided to (finally) go head-to-head with my media samples of Chris Carpenter’s “perfect” wine – the 2006 Cardinale Napa Valley Cabernet Sauvignon.

.  [ Editor’s note: WRONG, Jack! See comments for clarification, none of the wines I’ve sampled made by Chris were Brettty! ]  None of the samples of Chris’ previous wines that I’d ever tasted were given a 100-point score, essentially calling it perfection (at least in terms of Napa Cab winemaking) – which is what my friend Steve Heimoff did last year in Wine Enthusiast.  A lot of potential wine-scoring baggage there, and so I decided to wait out the maelstrom of “100 points!” coverage and taste the wine after it had a bit more time under its developmental belt.

I asked Steve specifically about this rarely-awarded score over a year ago, and his answer was quite matter-of-fact; the Cardinale stood out at a tasting that featured the best-of-the-best of Napa Cabs, so arriving at a perfect score was as much a matter of logical deduction as it was artistic appreciation and assessment:

“The Cardinale [2006] was one of approx. 60 Cabs/Bordeaux blends the Napa Vintners set me up with. I took more than 3 hours to really contemplate this tasting. It was pretty clear from the beginning that the Cardinale was ‘the wine of the flight.’ I went through a series of eliminations. At the end the Cardinale was so superior that it had to merit a perfect score.”

Here’s something to keep in mind when we find ourselves entering BCM mode – if the the guy or gal giving the perfect score review isn’t making too big a deal out of it, then maybe neither should we.

Perfection is in the eye of the beholder, because when you get to that level of potential score/rating/whatever, one agonizes over hairs of assessment split so fine that you’d need an electron microscope to log the details.  Did I find the Cardinale to be “perfect.”  No, I didn’t.

Did Steve get it wrong?  No, he didn’t.  To his palate, the wine was perfect.  To mine, which is a different palate, and not nearly as focused on CA wines as his, the Cardinale lacked (by the thinnest of margins, I should add) a certain level of finesse that would have put it over the top for me into “perfection” territory; which is a minor cavil really, because the wine for sure has balance and more finesse than the vast majority of high-end Napa Reds that I’ve sampled.  And we’re talking microns of measurement between “A” or “A+” here. But I did find it “goose-bump-inducing” – it’s a fantastic wine, and one of the few that could, I think, rightly make a claim at being a real artistic expression, a seamless melding of expression of place and deft winemaking talent.

The more important thing, I suppose, is that at over $200, a wine ought to knock your f-cking socks off.  And this one does.  But after is all is done and said, I’d advise “collecting” the 2006 Cardinale Cab only so long as to age it to the point where you can serve it up with a roast.  In other words, don’t “collect” it – enjoy it!

This is a big, bold, luscious and delicious wine. Despite the size, it’s totally comfortable in its own skin, and it should be – all of the elements are dialed up in fantastic balance: body, vibrancy, fruitiness, spiciness. It’s dark fruits and sweet oak are so silky and approachable now that you might be fooled into thinking that this wine might not age well, but leaving it open in the bottle for a few days reveals additional layers of complexity, particularly a spicy chocolate component that is nothing short of beguiling – all of which bodes well for its future in bottle. All the while, the acidity and tannin structure are there supporting the whole show, and it’s a grand display – the kind of stellar, kick-ass Napa red that gets people hooked on stellar, kick-ass Napa reds.