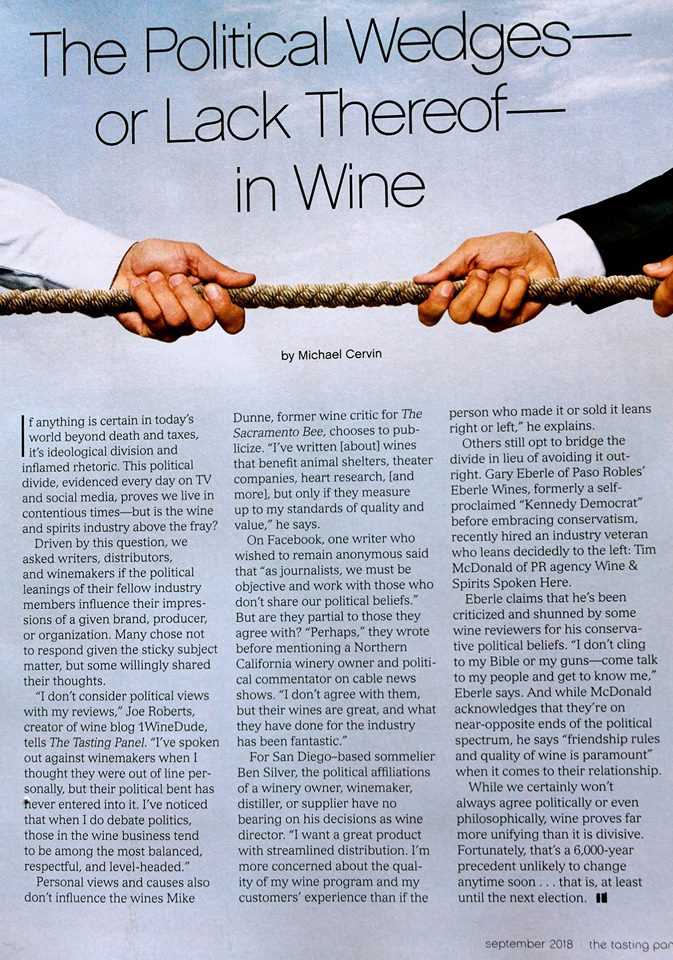 4 thoughts on “Wine And Politics: A Clarification”