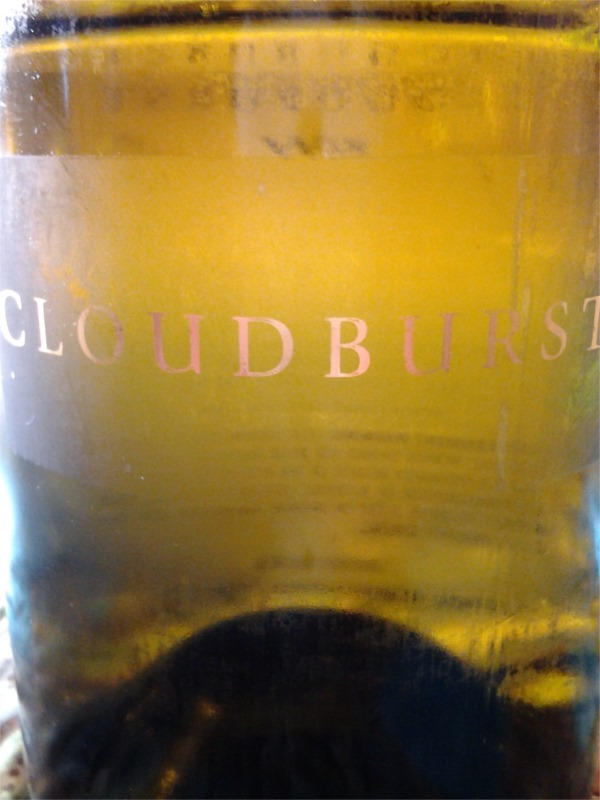 I was recently contacted by a PR person who didn’t want to send me samples, but instead wanted to interview me about a wine.

That probably sounds odd (it certainly feels odd to type it). I suppose that it is kind of odd. But it’s not freakishly walk-away-and-phone-the-authorities-because-this-person-is-totally-psycho odd, when you consider what the PR person told me: “from what I can tell, you’re one of the only people in the Northern Hemisphere who have actually tasted this wine!”

The wine on her mind was the 2011 Cloudburst Chardonnay from Margaret River. It retails for about $150 USD, assuming you can find it. The PR person wanted to get my thoughts on the wine, and if/how it could be marketed in the States. There have only been a handful of vintages of the wine to date, so the pedigree isn’t their (yet – more on that in a few minutes), but it’s (obviously) the kind of wine that carries an exclusive price tag, which means that for maximum payoff, Cloudburst ought to be marketing the wine to… you.

Yes, you. The non-millionaire reading this.

You see, from what I can tell, you’re actually the target market for this wine.

Sure, we wine geeks like to jokingly moan that wines priced in this Cloudburst-ing cateogry are purchased by the case-load by trust-fund-baby, yacht-racing, endagered-species-cabob-eating richie-rich types who got thirsty when racing their yacht against their trained great white sharks, and so decided to swing by Margaret River for a quaff of some Chardonnay en route to spending the Summer on their own private islands. But while those jokes are funny in a gather-around-the-water-cooler kind of way, they bear little resemblance to wine-buying reality.

That reality suggests that you and I – the wine geeks – are the ones most likely to buy the type of exclusive, very good, and rather expensive wine like the Chardonnay on offer from Cloudburst. Not millionaires; you and me…

I reached this conclusion after reading Thomas Stanley’s Stop Acting Rich, one of the sequels to his best-selling finance book The Millionaire Next Door, a book which established Stanley as one of the most recognized authorities on how people with financial means actually become people of financial means, and he spends a good deal of paginated real estate in Stop Acting Rich bashing expensive fine wine as a chimera.

For reasons that should be obvious to even a causal 1WD reader, I disagree with Stanley that there is little discernable difference between bargain wines costing $10 and some of the world’s finest wines (he offers little – if any – justification for this stance in Stop Acting Rich, aside from the fact that less expensive wines are, well, less expensive than premium wines, citing sources such as Robin Goldstein’s much ballyhooed taste tests in which average wine consumers preferred cheaper wines to much more expensive counterparts in blind tastings.

However, I don’t disagree with Stanley’s data, which he has garnered through extensive surveys of U.S. millionaires (those who have a net worth of over $1M USD). And that data quite clearly shows that millionaires generally are not buying $150 Margaret River Chardonnays, no matter how good they might be. In fact, millionaires in the U.S. rarely purchase wines priced over $50 / bottle.

In a chapter titled “Grapes of Wrath,” Stanely shares what I found to be one of the more shocking statistics in Stop Acting Rich: only 16.5% of the millionaires surveyed by Stanley are “wine oriented” (meaning that they care about fine wine in more than a casual/passing way). Most shocking of all is that of the millionaires he surveyed “only 7 percent own a bottle of wine that cost more than $100.”

Think about that for a minute.

Sure, 7% of the U.S. population of millionaires is probably still a fairly sizable group, but it’s a telling statement about wine consumption and buying habits that such a small percentage of those who can most afford ultra premium wines are actually buying those wines.

So who are buying those ultra-premium wines?

Restaurants, perhaps? Sure, but they’re almost never paying full SRP for those wines, and many will get gobbled up as trophy purchases for business dinners and the like, but that’s not spending with our own disposable income. What about collectors? Yeah, they’ll buy some pricey juice, but along with investors and those trying to “flip” on the wines by turning them around and selling them for profit, those are probably a small buying segment.

What about the insanely rich, those people who are deca-millionaires and can afford expensive wines and profligate spending habits because such purchases, while costly, are still well within their means? Sorry – they’re already included in Stanley’s 7%.

Common sense dictates a more rational explanation. My guess: wine geeks are buying them. You and me; the people who are infatuated with wine as an expression of land, people, and life. We’re the ones loyally parting with our hard-earned cash for these ultra-premium wines.

It’s not as far-fetched as it might seem at first. How much to golf geeks spend on clubs? Or ice hockey geeks on equipment? Or music geeks on concerts? Don’t forget how much coin photog geeks are willing to part with in order to outfit their SLRs with decent lenses… You get the idea.

Going off the deep end a little bit here, we might also conclude, in a way, that wine brands marketing their ultra-premium wares to the filthy rich are probably wasting their money. As Stanley puts it:

“Millions of marketing dollars have been wasted by those who misread the preferences of the rich. Time and time again marketers play the ‘I know what is best for both clients and prospective clients’ game.”

If those wine producers knew what was good for them, they’d start catering to the geeks. Maybe if our rich friends are lucky, we’ll share a bit of our crazy-pricey and exclusive juice with them when they drive their Bentleys over to visit us. 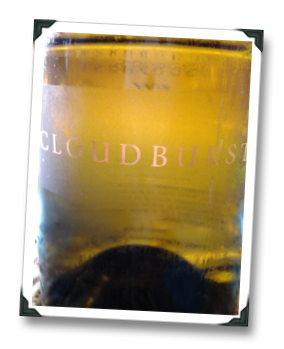 As for the juice that started me down this rabbit hole… well, it’s the kind of geeky wine that we geeks might want to part with $150 to obtain for ourselves:

I described this via twitter mini-review as “plunging into the Death Star’s power generator, if it was made of lemon curd and stone fruits.” That admittedly-oddball tasting note was inspired by the combination of richness and energy coming off of the sample that I was sent of this wine, both of which are substantial and both of which are presented in near-harmony with one another. It’s hewn from a similar forge as Leeuwin’s outstanding Chardonnay releases, and while it’s not quite on par with the best of those releases yet, in its short history Cloudburst is well on its way to being considered in the same breath as Leeuwin as on of Western Australia’s best expressions of Chardonnay. Put another way, I fully expect it to grow into that hefty price point. If only we geeks had a millionaire friend or two we could convince into buying a bottle…