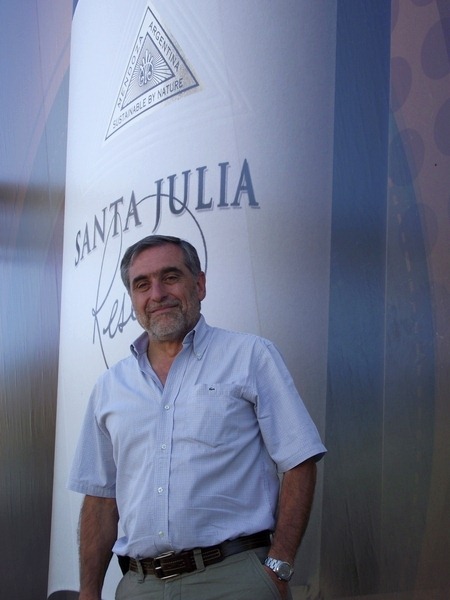 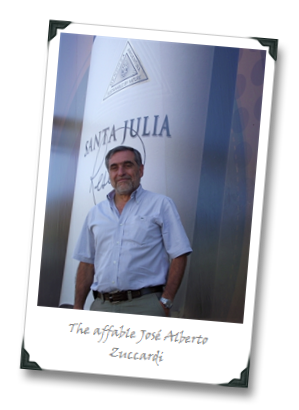 Visit Familia Zuccardi, in the Maipú region of Mendoza in Argentina, and any (or all) of three things are likely to happen:

Also, you might get tested on your Malbec blending skills (more info. on that – and on whether or not I passed – after the jump).

Despite a 2 million case / year production, Zuccardi still lives up to the “Familia” tag, particularly when they’re stuffing you at lunch and educating you on the proper method of sharing Yerba Mate tea Argentina style. And it’s still a family-run outfit: José’s father planted their first vines in 1963, mostly to show off an alternative use for the construction irrigation system he designed, but he “fell in love with winemaking” (funny how that happens), as José explained it to me (José’s been on board since `76, and his children are now involved in various aspects of the business).

Family ties do not a great wine guarantee, however.  Defining Zuccardi’s “Q” as a “great” Malbec is, of course, a debatable matter, but after tasting through a not-insubstantial amount of Malbecs during my March jaunt through South America, let’s just say that I’m pretty confident telling you that it’s unlikely the “Q” would be considered anything other than at least “damn good” even by those who find Argentina’s signature dark Malbec wines to be a bit too… brutish for their personal tastes.

To understand what I mean by that, I need to take you behind the scenes at Zuccardi, where I got a crash-course (before the barbeque-stuffing) in whether or not Malbec really can show terroir… 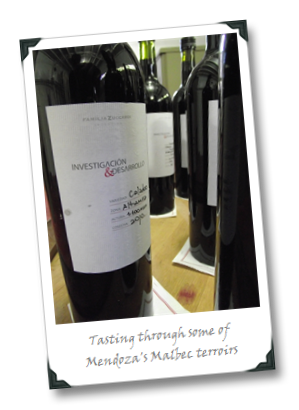 Malbec is only part of what Zuccardi does, and they’ve got 40 hectares of experimental vineyards with 38 different grape varieties at play, and a unique series of test facilities in which to try out their potential.  The results are, as one might expect, rather mixed, but Zuccardi are for sure onto something with their savory, tobacco-laden Tempranillo, which is a graduate of the experimental program (their up-market, rich and velvety “ZETA” bottling is a blend of Malbec and Tempranillo, and was another standout from my tasting there).

But Malbec is the [ insert your own cliched reference here to Malbec being the Argentine bread-and-butter wine ], so it was the focus of our tasting. During my visit, we got to put José’s statement that “wine is the expression of the soil, the weather, and the people” – a proclamation of terroir if I’ve ever heard one – to the test when it came to their Malbec, by tasting through the individual components of the separately-sourced Malbecs that make up their 2009 “Q” blend.  But there was a catch – if I was going to “test” their Malbecs, then they were going to test me, too: could I identify which ones made it into the final “Q” blend?  Only one thing to do in that scenario – park your ego at the door, and grab a glass…

We tasted through 2009 Malbecs sourced from five different Mendoza-area locales.  And during the course of that tasting, I realized that sometimes really, really good wines are not entirely made, and not entirely born, but more likely come into being through a process that exists somewhere between those metaphysical streams:

Medrano – An area by the Mendoza river, mostly sandy-clay soils with calcium carbonate traces, and a relatively (for Argentina!) low altitude of just over two thousand feet. It produces a round, fruity style of Malbec, but with a deep, deep tannic structure.  Pretty good, but not my favorite, though I could certainly see the structure adding a nice core element to a blend. 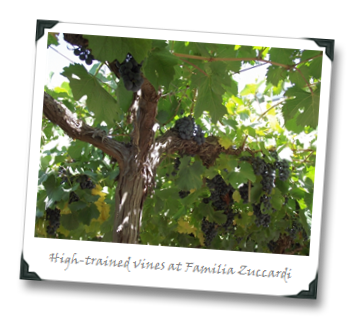 Agrelo – Also along the Mendoza river, this area was described as having soil texture of “clay-sandy-muddy” (huh??) with a rocky layer about six feet underneath, with average temperatures a good ten degrees lower than in Medrano.  This was a much, much spicier Malbec, and darker, too.  It also had more character – more herbal notes, and chalkiness too the tannic structure.  Things were definitely getting more interesting.

Vista Flores – An area further southwest of Mendoza, along the Tunuyán river. The soils have more silt here with more smaller rock.  The Malbec was enticing, floral, and much “bluer” in its fruits.  Its tannins were very tight, though, and it came off as quite young (with a young wine’s purple color to match).  Still, the structure was great…

La Consulta – For me, far and away the highlight of the tasting.  The vineyard, furthest south of all the areas form which we tasted, has sandy-silt-clay soils.  The Malbec looked dark, and it smelled dark, rich, chocolaty, and a little “hot” from the alcohol. It tasted great, though, and had leather and tar elements, and just came off as the most complete of the Malbecs overall.

Tupungato – The highest elevation of the bunch (over 3600 feet), and the oldest vines (from 1917), the soils here aren’t rocky but are predominately thin sand underneath a top layer of silt and clay.  This was a peppery Malbec, floral, with a great mouthfeel, but the tight dark fruits did not take well to the oak treatment.  Oh, well. 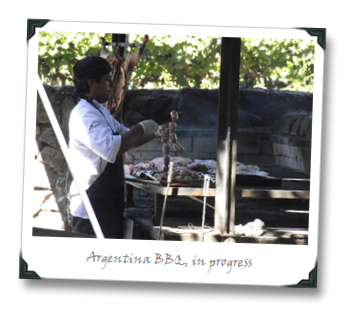 My verdict: it’s no terroir lightening-rod like Riesling, but Malbec is certainly versatile enough that the structure, spice, dark fruit, and floral components do seem to get tuned in different ways by growing in different spots.

My picks for blending, if I was on the “Q” winemaking hook:  La Consulta was my #1 (hey, I said it felt complete, right?), followed by Vista Flores (for structure) and then a splash of Agrelo (for the spice and character).

How’d I do?  Turns out, in a rare circumstance of me actually not screwing up, I matched what had been chosen for the final “Q” blend.  Test passed, beeeatches!

Hell, there’s nothing to this winemaking thing after all, right?  At least, not after some good sites are planted, tended, farmed, and the wine components are vinified to a high degree of quality and the complete results are handed to you for blending.

On second thought… you’re right, best I stick to the critic side…

For under twenty bucks, the nose on this wine is fabulously, almost ridiculously harmonious. Spices, florals, read an black fruits, a touch of vanilla.  It’s a real-deal Malbec on the palate – round, almost Merlot-like in it’s mouthfeel and body, with black fruits that give way to tar and enough leather to outfit a Village People reunion.  It’s vibrant throughout, with tannic grip and chocolate notes at the finish.  All-in-all, a stellar deal of a serious, age-worthy Malbec for the price.

4 thoughts on “Is Great Malbec Born, Or Made? (Taste Testing – And Being Tested – At Argentina’s Familia Zuccardi)”