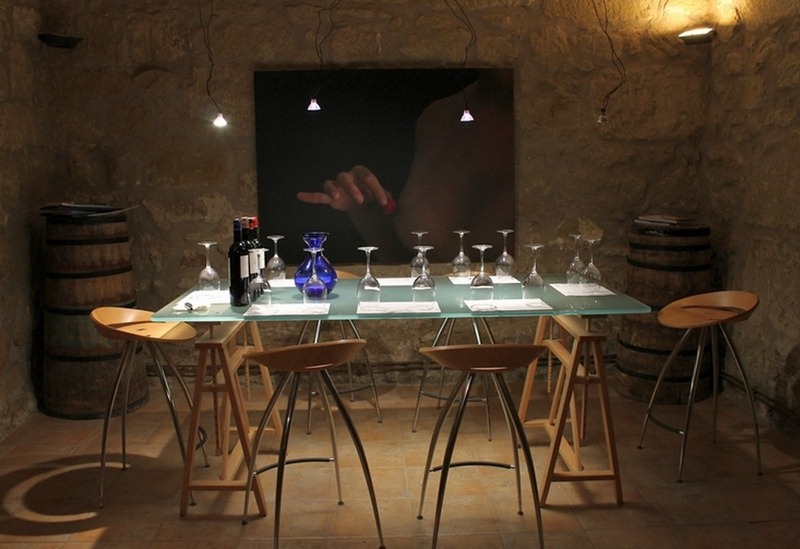 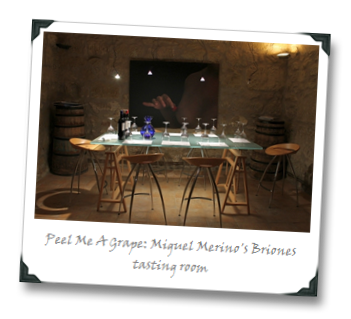 I mean, can you imagine someone like Contador’s Benjamin Romeo, who seems to be well-steeped in the rock-star-winemaker trappings, draping steel tanks with blankets and dousing them with water – in the middle of the night – to help control fermentation temperatures? I can’t; but apparently this activity was fairly fresh on Merino’s mind: he’d done it recently, and the cloth was still draped around a tank on the day I toured his facility. 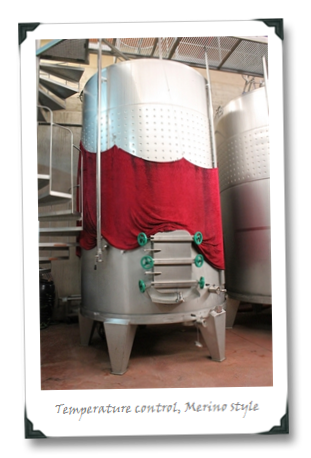 Merino chose the location of Brioles for its hills and calcareous soils, feeling that they were perfectly suited to the style of Tempranillo that he envisioned making. When I met him during my trip to Rioja with Vibrant Rioja, he joked that he now uses native yeasts, “native to the winery now anyway, after I had to inoculate the first two years!” He sources from mostly bush-trained Tempranillo vines (though apparently there’s some Graciano in there, too) that are 50 to 80 years old, now producing about 30,000 bottles per year. In Rioja terms, where one producer described themselves to me as “medium sized” when they make 1.4 million bottles per year, Merino’s output qualifies as small-time.

Merino cellars his wines in the basement of a house that dates from 1818, and is alsot he spot where they move barrels to induce malolactic fermentation; the family (Merino’s son has his own label called Leon Dormido, or Sleeping Lion, named after the nearby mountain) lives on the second floor of the house when winemaking activities are in full bore. He hires “ladies” (his term) to work the sorting table when the grapes come in, “because men, after fifteen minutes… they’re no good!” (speaking as a man, truer words have rarely ever been spoken). 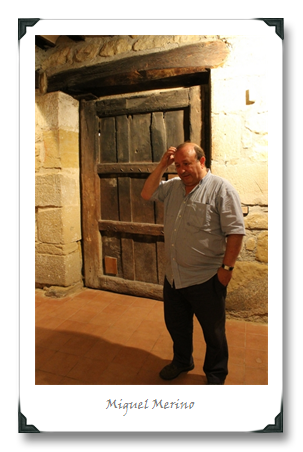 Merino’s depiction of the sorting method used for his grapes could be extended to describing Rioja wine in general, as far as I’m concerned: “To the right, what shouldn’t have been picked; to the left, what is good but not perfect; in the middle, what we should keep. We call it hell, purgatory, and heaven.” Purgatory ends up sourcing an everyday wine that Merino produces for the staff.

In the world of Rioja red wine, oak can make or break the deal, and Merino employs barrels made with American oak staves with French heads. It’s an interesting approach, apparently imparting a mixture of the textures imparted by American oak with the aromatics contributed by French oak (by what I tasted, anyway), but one that I imagine would drive barrel makers partially insane.Younger vine juice sees older oak in his regimen, and vice-versa; “usually there’s an inverse proportion of the age of the vines and the age of the barrels,” he noted, meaning that juice from younger vine fruit can be overpowered by new oak flavors, which are absorbed better by the more concentrated results of older vines. 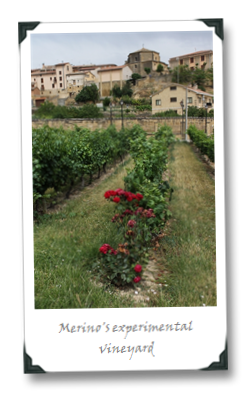 When Merino finished the tour, he remarked that it was “time for me to shut up and stop talking… now the wines, they can talk!” Turns out they had a lot to say.

A cooperative project with Swedish winemaker Lars Torstenson, this is 100% Mazuelo (Carignan) and one of the most interesting wines – and certainly the most interesting Carignan – I sampled in Spain. Brambly, earthy, muscular, this is sour black cherries all the way, buffeted by pleasant oak spices & pepper, and all held together by a ton of acidic and tannic structure. This is going to need time to come around, but I wouldn’t mind being at that station when it does.

This wine doesn’t look eight years old, and with freshness and vitality this strong you’d think the Tempranillo grapes had taken some sort of vinous Viagra. The complexity here comes primarily by virtue of the fruit: plums, cherries, red berries; but you can’t ignore the savory, dried herbal, earth and tea notes, either. I was pleasantly stunned at how well this wine held itself together, and would have guessed it to be much younger juice if you’d served it to me blind. Which he didn’t, but now you’ll know how to fool me later if you’re the mischievous type and want to swindle me out of $20 in a bet. 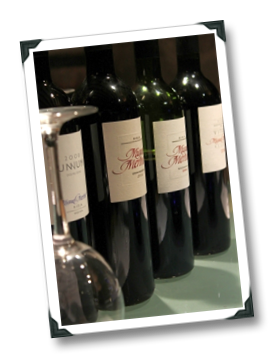 Tighter than a gold medal synchronized swimming routine, in both senses of the term (the term tight I mean, not synchronized… or swimming…). There’s a lot of dusty clay-like earth coming off of this wine, moving to pepper and baking spices before revealing the card-carrying Tempranillo notes of dark cherry and tobacco. The fun parts come with the fresh citrus rind and vitality, before things get a hell of a lot more serious, you hit the dusty, firm, punishing structure and the gates come down with a slam. I suspect the gates will open up to a soft pasture of herbs, tobacco leaf and savory red plums, but not until they feel like (in about ten years).

Sooooo alive, and built for time. An earthy, freshly-planted herb garden, a hint of thyme, a heaping of beautiful red fruits, a puff of tobacco smoke, a cup of tea, a bite of spicy chocolate, and new leather coat… this wine performs like a finely choreographed music video or the opening of a postmodern novel. You might walk away wondering what it was all about, because it’s not ready yet, but I sincerely doubt that you’d walk away thinking it was anything short of lovely. For what it’s worth, I left Rioja with only one bottle of wine in my suitcase, and it was this one.

The most modern of Miguel’s modern takes on Tempranillo, this is plummy, black-raspberry-filed stuff here. Yeah, the tea and tobacco and herbs are there, but there sprinkled with cocoa and taking second stage to the spicy, meaty, fruity main show. Finishes hot, but with sexy fruit and oak like this, that’s so balanced between being flamboyant and well-structured, you’re night might finish hot, too…