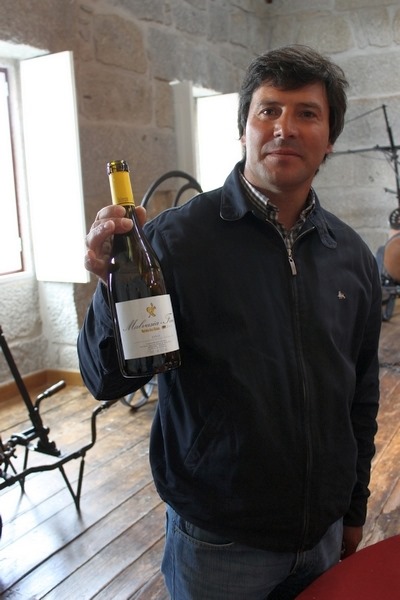 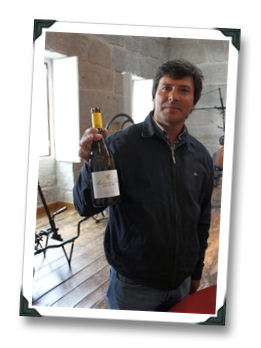 The first thing I need to tell you is that I’m deeply grateful to ViniPortugal for having invited me to Lisbon to judge in the 2013 Wines of Portugal Challenge (the first time they’ve opened it up to international judging), and for the hospitality that they showed to me while I was there.

I have to tell you this first because I’m about to spend the next few hundred words sounding as if I’m undermining every word of that previous sentence, even though it happens to be the truth, truth that’s balder than Bruce Willis.

What’s also the Die-Hard-With-A-Vengeance-bald truth is that, despite the fact that I’m about to recommend a Dão producer (Quinta dos Roques / Quinta das Maias) to you, I cannot tell you diddly-squat about them. I know, we are off to a swimming start here, aren’t we? Hang on, it will get better, I promise.

Here’s the thing: the Wines of Portugal public relations folks face a daunting task in trying to herd a large amount of fiercely independent winemaking and food-crafting cats. If they ever get the PR situation to match their culinary and wine prowess, I suspect they would conquer the planet storm trooper style. Until then, though, you won’t need to stock up on any ammo, based on my recent experiences (but I still love you, Portugal!). 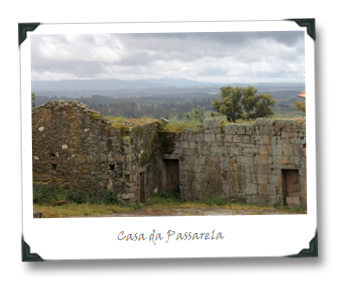 Exhibit A: I, along with about ten fellow newly-minted international judging alumni, spent more time on a bus traveling from Lisbon to Dão and back in one day in May than I spent (by about an hour) in a plane flying from Philly to Lisbon, all in the name of tasting the wares of a few of the best-regarded producers in Dão. The number of wines we tasted that day? About 12. The number of bottles of water or beer (or anything else) aboard the bus on that 7+ hour jaunt? Zero.

Exhibit B: We were served a fixed menu of bacalhau (traditional Portuguese salted cod, of which there are rumored to be one thousand different preparations) five times in four days, often successively for dinner and lunch on the same days (including the day of our Dão expedition). When we burst out laughing at the final dinner when we each received a serving of cod the size of my mastiff’s head, I was asked “what’s wrong, don’t you like it?” My reply: “I didn’t say that; it’s amazing food, but I don’t like anything five times in one week no matter how amazing it is… with the possible exception of sex…”

I know it all sounds like a bunch of First-World-Problems lack of gratitude, and maybe in a way it is, but hopefully it sends a gentle (by 1WD standards) message to my Portuguese PR pals to get the trip organization up to the same stellar standards as their hospitality. Also, from the perspective of the Dão and one of its producers, I’m about to seriously make up for my bitching and moaning. And hey, you’d get saltier than a plate of bacalhau, too, if your ratio of hours spent in travel time vs. tasting wines in Dão worked out to nearly 2 to 1 (or 35 minutes of road travel per wine tasted), especially when the wines were excellent enough to get you yearning to taste more of them. 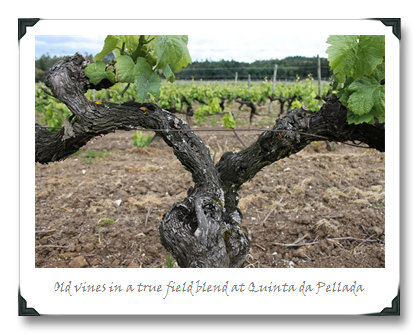 The destination for our tush-numbing Dão bus ride was Casa da Passarela, where we were treated to a generous lunch of kid, rice, and… bacalhau. We were also treated to selections of current and past vintages from local producers Quinta da Pellada, Quinta de Saes, and (the subject – apart from bitching and moaning – of today’s feature) Quinta dos Roques / Quinta dos Maias. 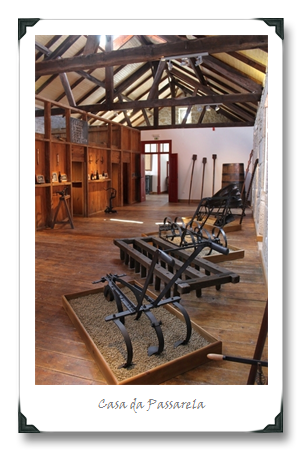 The only things I know about Quinta dos Roques / Maias come from a somewhat poorly-translated pamphlet that I picked up from cellar manager Joao Santiago, after I spoke with him for a few minutes when he was pouring his wines. This was during a rapid-fire tasting session of about fifty minutes wedged between a rainy Quinta da Pellada vineyard tour and our lunch (for those counting along at home, we had about 50 minutes of walk-around tasting and discussion of the wines, with no preamble or introduction, during a four hour visit… which worked out to about 4 and half minutes per wine… so we’re at 0.0107 ratio of official tasting to travel time). They planted on granite and schist slopes in the eighties, on 40 hectares with mostly red Portuguese grape varieties, and use electronic presses in old granite lagares. Ok… that’s it. Yes, seriously. 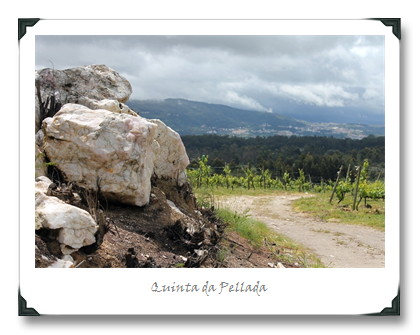 Now, you might be thinking that I copped out, in that I didn’t “chase the story” by bugging more details out of a guy who barely speaks any English at the end of a tasting during which any delay caused by me would have been time that stood between a much larger group and their lunch, and which also would’ve possibly delayed getting two people to their trains on time en route back to Lisbon and made every one of us even later for a farewell dinner scheduled for that evening. So even though technically you’re correct, I’m gonna go ahead and tell you to go screw yourself (but only after you check out more details on them on the importer’s web page). The wine is going to have to be the story here… and lucky for me, it’s an excellent story – and one with the additional happy ending of clocking in at about $20-$25 USD, making some of these mind-boggling (and age-worthy) bargains. 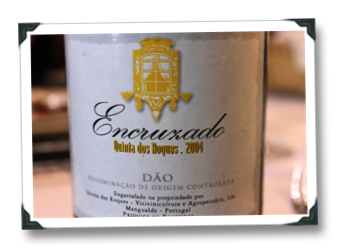 Refined, pure, easy drinking and almost ethereal, this wine is an Ah-ha! moment of realization of what this not-so-common Portuguese white grape is supposed to taste like when it’s not oaked to hell, or had more cream than a dairy farm added to it from too much lees stirring. Minerals, peaches, saline… blink and the bottle will be empty. Luckily, at seven euro you could by a lot of extra bottles. At lunch, we tasted back to the 2004, which was still fresh as a daisy. 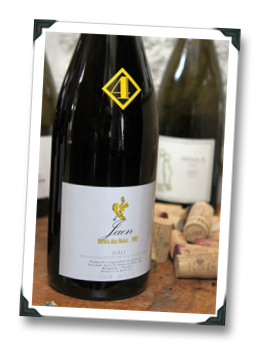 10% new French oak, the rest in stainless steel and the results blended together into a compelling argument for why the Portuguese ought to consider planting more of this grape. Like their Encuzado, the Malvasia is subdued, and surprisingly pure and precise for the price range. White flowers, wet stones, citrus, stone peaches, spices. It’s pithy, lovely, long and elegant. And a steal.

Think Beaujolais and Pinot Noir tenderly massaging one another while wearing leather gloves. Another lesser-known grape, red this time, that in this case expresses itself as peppery, floral and almost feral in support of its rustic strawberry fruit. But… there’s structure, freshness and grip here, too. Tasting back to the 1997 at lunch, I was won over. You’d have thought you were drinking really good Old World Pinot. At a third of the ticket price, I mean. 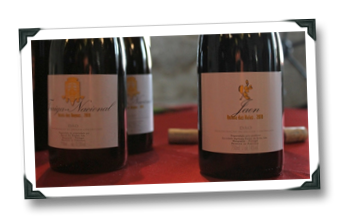 The most overtly-oaked of the Quinta dos Roques that we tried, but in their case that’s not really very oaky, particularly by reared-on-Cali-Cab terms. Leather, violets, spices and… grip. Despite the rough structural edges, this is, by a large margin, the closest to pretty that I’ve seen the tannic monster of Touriga get. The finish will still punish you for another ten years, I think, so up the patience meter before purchasing.