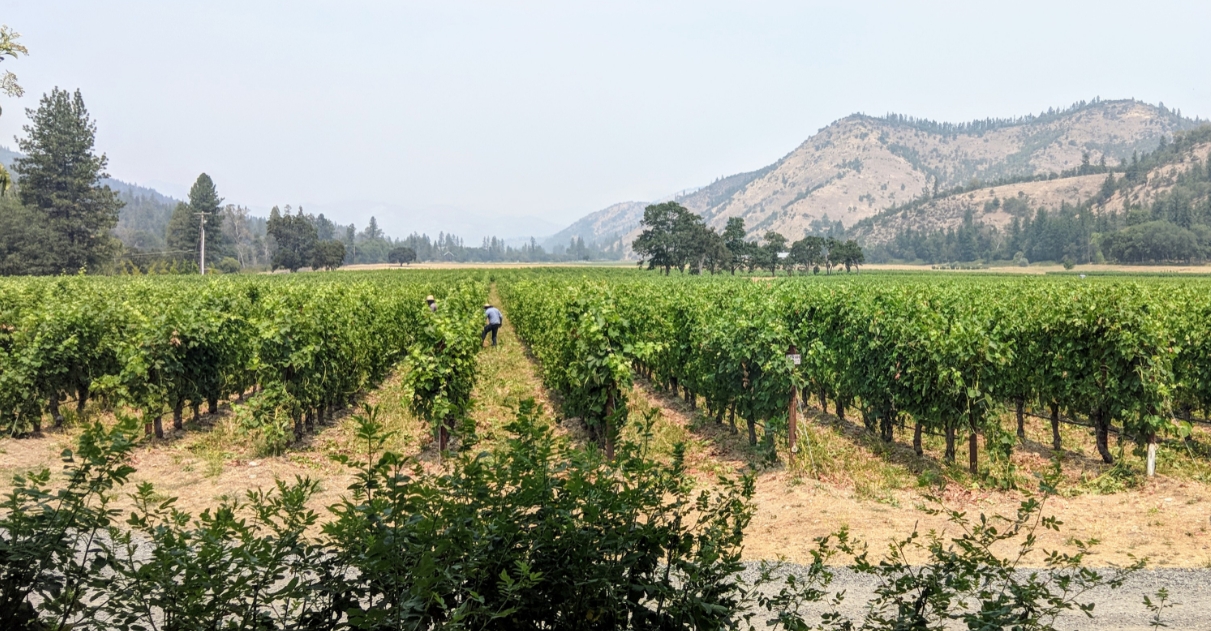 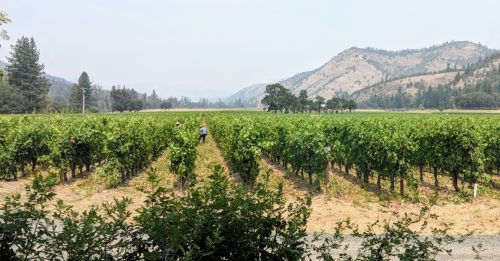 Yes, the “spiral” in the name is (predictably) an homage to the notion of the vortex in Biodynamic preparations (and including the vineyard block numbers of the fruit sources). A blend of primarily Marsanne, with Viognier and Roussane rounding it out, mostly co-fermented, with twenty percent new oak, this is a white that elegantly straddles the line between easy sipping and complex contemplation. It’s mineral, peachy, floral, and has length that outpaces its sub-$30 price-point.

This barrel selection release is sold out, so you’ll likely have to wait for subsequent vintages, which kind of sucks, because as Brian Steele put it, this white hails from “that magical barrel” and while I didn’t see any witchcraft performed during my visit, after tasting this I’m not ruling out the barrel actually having some magical powers. The wine seems younger than its still-youthful two years; it’s taught, herbal, floral and, despite not having undergone malolactic fermentation, has ample body and broadness to its textural mouthfeel and ripe pear flavors. 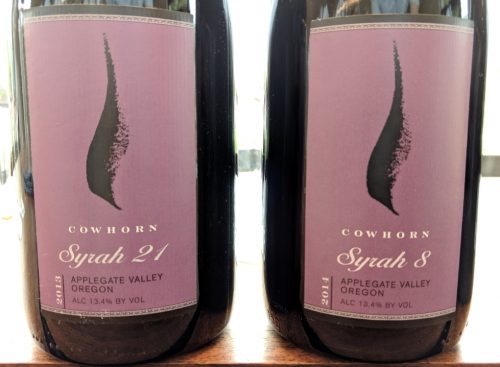 When it comes to Grenache, Bill Steele warned that “too light, too fruity, and you’re into Kool-Aid land.” Thankfully, no one will be jumping through brick walls screaming “Ohhhh YEAH!” when tasting this one… or will they? Anyway, it avoids the Kool-Aid trap entirely, though it absolutely is peppery, lithe, spritely, and spicy, with clean and bright berry fruitiness without ignoring its earthy, stemmy, structured side.

About 800 cases of this Syrah were made, and each one is probably on the verge of bursting from its muscular, sinewy seriousness. Mineral-driven, with dark berries and even darker dried herb and spice aromas, things get earthy here very quickly, but maintain a sense of aromatic lift.

At this point, I was getting sick of the numbers, too, but it was nice to get a feel for what a slightly older vintage of Cowhorn’s reds could do after some repose in the bottle (and for this release, the 21 refers to the number of frost days they encountered during the season). Interestingly, this red saw 40% new oak and 40% whole cluster, which lends more peppery and cedar spice action to the mix, on top of earth, and berries galore. It’s funky, meaty, fresh, and vibrant Syrah, with nice textural grip; a great one for the Foodie set and the just-gimmie-a-good-red set alike. 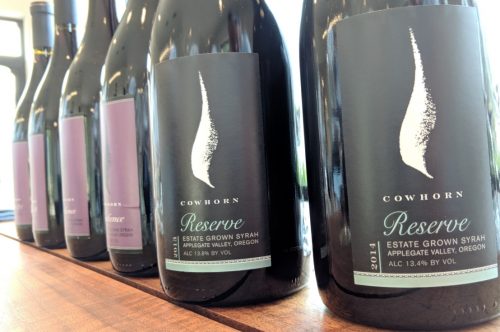 This one is billed as Cowhorn’s “winemaker’s blend,” with 35% whole cluster and 35% new oak. It’s the silky, rich, round, sexy cousin of their Syrah-based lineup, and while it retains some of the muscular structure of the 8 and 21, there is no denying all of that “bedroom eyes” fruitiness here.

Blackberries and a lithe, peppery, spicy profile are the hallmarks of this characterful, brambly stunner. The acids are jumping, the meatiness is present, the structure is at turns burly and refined. Basically, 200 cases of balanced presentation, in which there is plenty of edginess but not at the expense of a clean, clear, and powerful approach. In case you’re wondering, the 2013 is even better; it’s superb, with the plummy, meaty, and spicy/sage/pepper/cedar expressions opening up a bit more with age and fronting a finish that is minutes long.