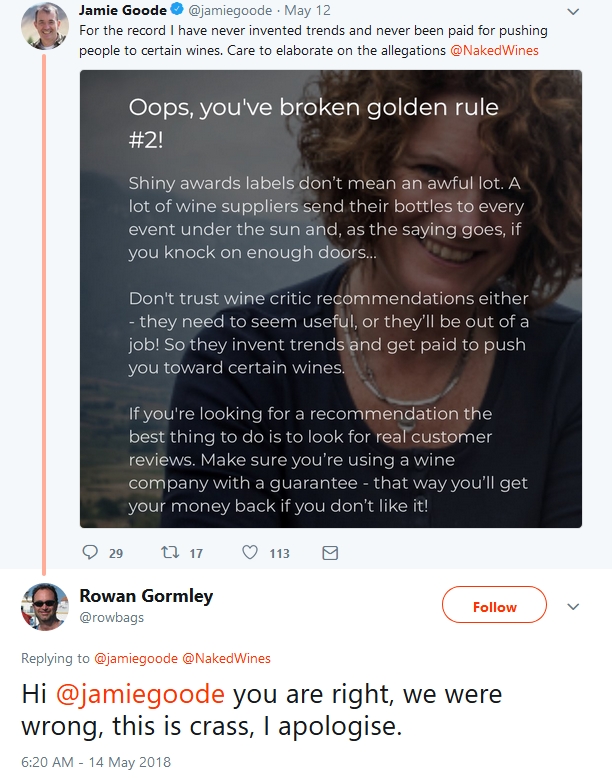 12 thoughts on “Naked Wines And The Cult Of “Fake News””