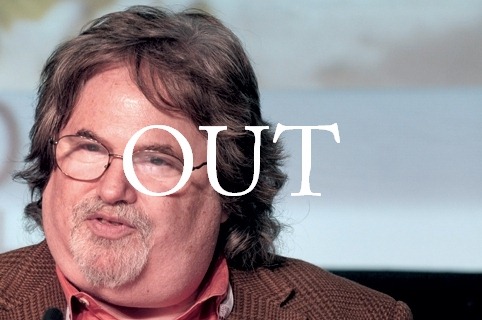 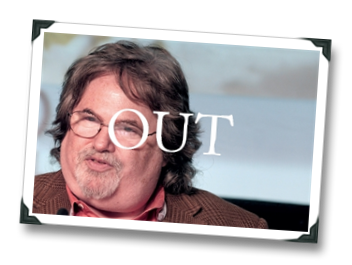 Before you flame me, Yes, I am already aware of the irony of today’s title.

I realize that some of you might have been trapped for the last several days under your collapsed wine racks and several hundred bottles of your collected vino. Or maybe you are just coming off a severe wine bender, Rip Van Winkle style, one where the hangover lasted for a few weeks. If you’re in any of those camps, I offer the following recap of some recent wine news:

[Editor’s note: at least skim the above links, or the rest of this is not gonna make much sense.]

I can’t tell you if the pay-to-play allegations are true, but I can tell you that the Spanish wine biz seems to be quite relieved by the news of Miller’s departure, based on private correspondences I’ve had with people in the biz there (most of which amounts to them thinking that Jay was “terrible” – names withheld for obvious reasons!).

I’ve been conspicuously absent in saying anything about any of this stuff here on 1WD. Why? Because I don’t really give a rat’s ass, and feel compelled to talk about it now only because I’m getting asked why I’m not talking about. So before the irony gets infinitely recursive, here are the top three reasons why I haven’t been talking about it…

1) The average wine dude/dudette doesn’t give a rat’s ass about Jay Miller or The Wine Advocate. If the general wine-drinking public is interested in any of this, it’s in the train-wreck-so-awful-I-can’t-look-away, life-of-the-Kardashians kind of way (I have some Facebook thread discussion proof of this). Yes, some of them care about the scores given to wines, but studies have shown that many don’t care about the names associated with those scores, only that the wine has a high score. To those Dudes/Dudettes, Jay Miller only matters to the extent that this scandal tarnishes the Wine Advocate brand – scratch that, it’s not right: actually, it’s probably only retailers (many of whom consistently abuse wine scores, by the way) that actually care about this, because it could mean that those tarnished scores get pulled from the shelves (in which case people would buy based on the scores supplied from any of a dozen other sources that will take the place of those from TWA).

It’s not that the scandal hasn’t been covered well already – by any reasonable measure it has, with Blake Gray’s articles on the topic standing out as particularly excellent and thought-provoking. And it’s not that it isn’t newsworthy – it is. But it’s only newsworthy to a tiny percentage of the wine-drinking populace, and that populace is already well-served by the existing coverage. Unfortunately, this hasn’t stopped many of those people from proving the adage that…

2) The Mob Rules. Never question the wisdom of Black Sabbath, people. Everyone seems to have assumed that Jay Miller, Pancho campo and the WA are already guilty of some impropriety in this scandal. But nothing has been proved in a court of law, and probably never will. I’m not saying any of them aren’t guilty – if it looks, waddles, and quacks like a duck, after all, it’s probably a duck – I just don’t like getting involved in the pile-on mob mentality. Unfortunately, the pile-on mobs are probably stirring up the hornets’ nest of short-sighted media moguls who are under the impression that…

3) The wine world already looks like a bunch of douchebags. If Miller and Campo should be ashamed of anything, high on the list ought to be the fact that their conduct is dragging the wine biz back into the douchebag spotlight. The media outside of wine waits like a panther to pounce on shiz like this, which they wasted little time in doing, taking the tired, worn-out, jumpeth-the-shark-already tract of – surprise! – saying we’re all a bunch of douchebags in the wine biz!  Gee, that you sooooo very, very much Pancho and Jay – now my buddies have extra fodder for giving me crap about my career move over the holidays! Again, it’s not that the scandal isn’t news, or shouldn’t be covered, but at this point adding further kindle to the douchebag-perception flame seems gratuitous and unnecessary to me.

I understand that TWA subscribers probably have lots of questions about this scandal – and they should. I understand that those people deserve ongoing and in-depth coverage of this mess. But I don’t understand why everybody and their sister has to jump on that bandwagon.  For many of us covering the wine world, we might better server the community by focusing instead on offering transparent, viable alternatives to the wine coverage douchebaggery, and let those who broke the story continue to pursue it.  My friends at Catavino.net recently voiced a similar piece of advice in an open letter to the Spanish wine biz in the wake of the scandal:

“…I say to you, invest in relationships, not with critics and communicators. Invest in real wine drinkers.”

Amen to that! If you consider yourself part of that real wine drinker crowd, I’d love to hear what *you* think about all of this!