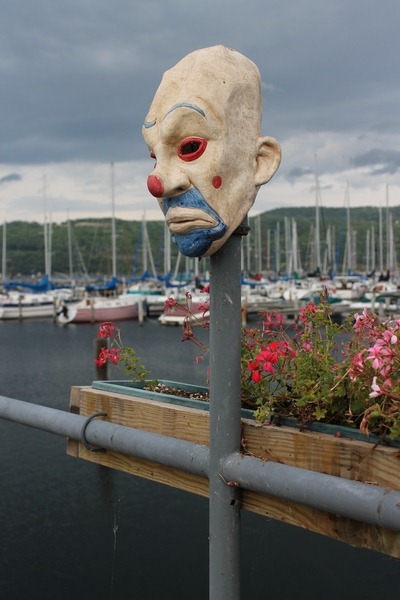 A year later, and Mosel Riesling is still kicking ass. Only it took a blind tasting held in the Finger Lakes to remind me of that. 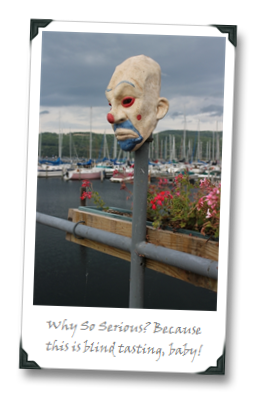 Back in August, I was asked to participate in a sensory analysis panel in Watkins Glen (Finger Lakes wine country, that is) related to a mobile wine app that has yet to hit the market. I am under a NDA, and so there’s actually not much I can tell you specifically about the event apart from the fact that I was paid for my work, and the relatively large panel also included oenologists, other bloggers like Vinesleuth, a few Finger Lakes winemakers, and some heavy-hitters in the wine judging circuit who I’ve admired for some time (it was a real trip meeting those folks). Also, the weather was f*cking incredible, which helped since my toddler daughter insisted on climbing all over the rocks of the jetty behind the Watkins Glen Harbor Hotel, which I think might have given me a few (mild) heart attacks.

The blind analysis did not include FLX wines, though I did manage to sneak in a (non-blind) tasting of a some recent Fox Run Vineyards releases with winemakers Peter Bell and Tricia Renshaw. That was a trip highlight for me; their wines continue to improve at a dramatic rate, and they have some very interesting things going on in their 2010 and 2011 Rieslings.

It’s a shame that there weren’t any FLX wines in the lineup, because the wines that I tasted blind over the few days of that sensory eval were, on the whole, not-so-hot. I’d have welcomed a few FLX stalwarts in those glasses, believe me. And once I figured out that we were tasting the wine flights in duplicate, I started to cringe… “Oh sh*t… this means I’m gonna have to taste through that funky-ass, over-oaked, buttery Syrah flight again!”  Let’s just say it was good I was getting paid, otherwise I’d have been tempted to skip out to the jetty with my daughter.

A few notable exceptions did crop up through those flights, and I noted one particular white wine that tasted familiar to me, and was clearly a full head-and-shoulders quality level above the rest of the pack of dozens and dozens of budget-priced wines that we tasted (and I’m talking Kevin-Garnett-standing-next-to-me sized head-and-shoulders height difference, here)…

It was a Riesling (ironically appropriate, being in the Finger Lakes), and when I smelled it I noted the coded blind tasting number code so I could find out what it was afterwards. “This is gotta be Mosel,” I thought, “it reminds me of the 2010 Dr. Loosen ‘Dr. L’ Riesling” (for thoughts on the 2010 Dr. L, check out my previous review).

And in one of those OMG-I-was_actually-right moments (which come few and very far between in the über-humbling setting of blind tasting scenarios, my friends), turns out I was really close – it was the 2011 Loosen “Dr. L.” Riesling.

[ At which point he paused, taking a brief second to gloat. Hey, blind tastings are tough, you need to revel in every single dumb-squirrel-still-finds-the-acorn moment when you get them, okay? Don’t judge me!… ]

Alright, fine, I’ll stop now. You jerks. How about throwing a hard-working wine guy a bone once in a while?

At the risk of retreading over old ground (it has been over a year, after all), I wanted to highlight that wine, again – the one that, for me, stood out blind in a field of about 100 wines as being the best of the bunch (red or white)… and it’s still a crazy-good buy: 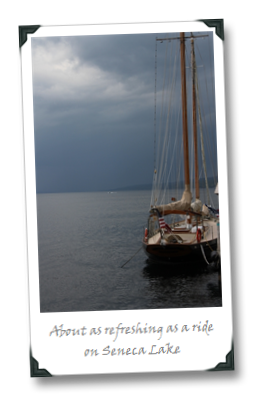 Ok, so the price went up a smidgen from last vintage – it’s still a bargain and it’s one of the best introductions to Mosel Riesling that you can get for the money. And in this case it’s about spices, white flowers, citrus, stone fruits, refreshment, a kiss of lemon-drop sweetness, and minerality that’s reminiscent of wet slate. I’ve yet to take a sailboat ride Seneca Lake in the Summer, but given how refreshing this wine is, I’ll want it in the cooler on that boar if/when I ever get around to doing it. The acidity basically forgives any sins this wine might have, and if you’re looking at spicy Asian fare for dinner then this wine will become your best culinary friend until you empty the bottle. Fortunately, for the price you can really afford to buy two bottles, so you will still end up getting your buzz on despite the relatively low alcohol percentage (and as tasty as this is, you will find it difficult I think to not be tempted to get your buzz on).