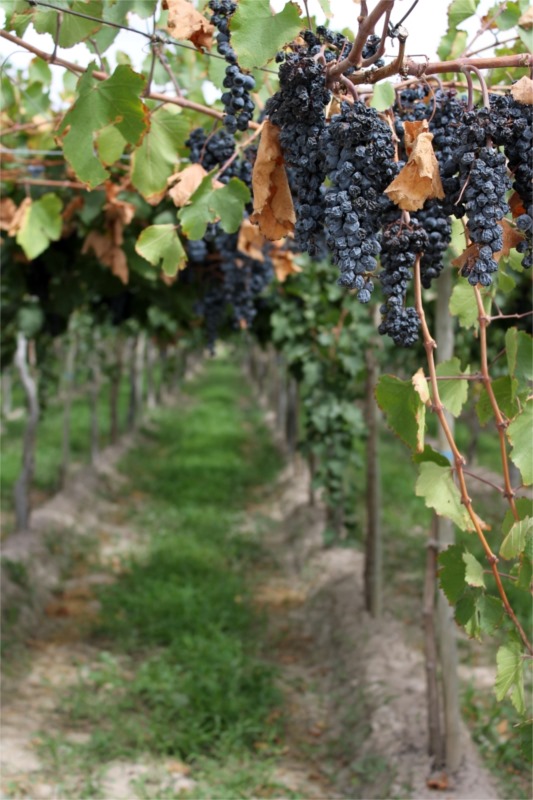 Merced del Estero, in the über-sunny San Juan region of Argentina, has been tending vineyards under the care of the familia Rodriguez  for three generations, since 1897. 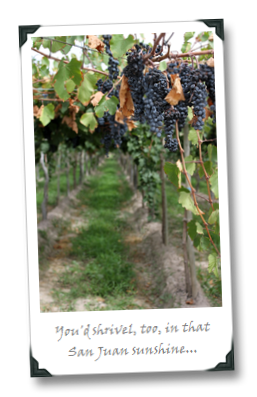 But it took me just one iteration of the annual

Argentina Wine Awards to help screw them up a little bit.

MdE was one of the producer visit stops for a group of about half of AWA judges that followed the awards judging, seminar and winners’ gala in February. It was also one of the most unassuming – twelve hectares of estate vineyards, west of the Tulum Valley, close enough to the Andes to be impacted by the hot sonda winds, and sitting about 700 meters above sea level (which sounds impressive, but that’s about average for a lot of fine wine grapegrowing in the high elevation dessert of Argentina).

The first thing that you notice about the Rodriguez family vineyards – if you’re a geek like me, I mean – is that many of the vines are trained in pergolas, reaching fairly high off the ground. The second thing you’ll notice is that the Bonarda (planned to be introduced to the MdE lineup this year) on the sunnier, exposed areas of the pergola are practically… raisins.

Which you’d resemble, too, if you were openly exposed to that punishing sun for as long as they are…

My group enjoyed touring such a small winery (at 50 thousand bottles a year, they make in total production what would be a rounding error for many of Argentina’s larger producers), and listening to enólogo Marcelo Onofri describe their all-gravity operation with such openness and candor. It’s fun to see an operation that combines what we’d regard as higher-end techniques (like hand-sorting) with more modern approaches (like the use of staves and micro-oxygenation on some of their entry-level reds).

But the geekiest thing of all at MdE? The approach they’ve got to their Torrontes. Socio Gerents  (managing partner) Carlos Rodriguez and Onofri had debated what to do with their pergola-trained, fifty-year-old Torrontes vines. Conventional wisdom would have had them converted to a more modern form of vine training, but they were concerned about preserving the vines. So they did a little experiment, making wine from both pergola and non-pergola fruit, and blind tasting the results.

Want to guess which one came out on top every time? They’re sticking with the pergola. 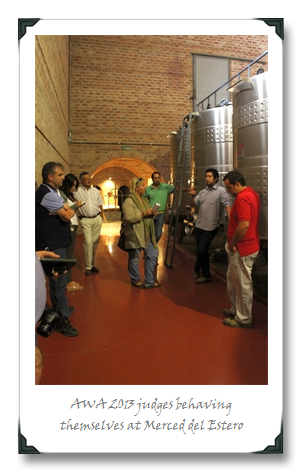 During a tasting of their upcoming releases, my touring group of fellow AWA judges and I waxed at length about the splendid results of those vines, after tasting MdE’s 2012 Mil Vientos Torrontes (see tasting notes below), borderline-marveling at the quality for such a potentially low USD price point.

That’s when Rodriguez and Onofri hit us with a bombshell: their Torrontes didn’t silver medal in the AWA competition that we’d just judged, despite having received that recognition in past AWAs. Now, it was a very low-key, very polite bombshell that they laid down, and Onofri seemed to be expressing genuine surprise at that result, without a hint of animosity.

But we were stunned into momentary silence (yes, even me), as if someone had just gravely said “many Bothans died to bring us this information…” before introducing Admiral Ackbar to instruct us on our battle plan against the Empire’s new Death Star. 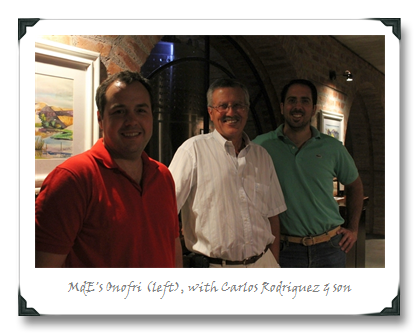 How the f*ck could a wine like that not get a least a silver medal?

There are a dozen potential reasons, none of them tarnishing the reputation of the AWAs one iota. Slightly corked bottles, glasses rubbed dry with the wrong towel, the random position of the wine in a flight against other Torrontes that didn’t require as much time to fully open up… you get the idea. It still sucks, though, and the MdE staff appreciated that a few of us (myself included) openly stated that not awarding a silver medal to that Torrontes was regrettable, even if not “technically” a mistake.

2012 Merced del Estero Mil Vientos Torrontes (San Juan)
Price: NA, they told me around $8 if they can get it into the States
Rating: B 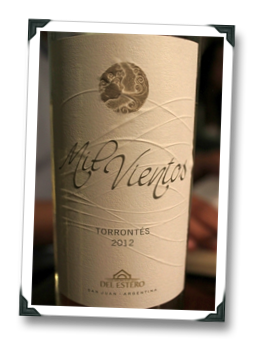 You might have to go to Canada to get a bottle right now, which means it will cost you nearly twice what it might in the States… and you’d have to drink it there, probably… but given the quality it might be worth the drive up north. The name might mean “one thousand winds” (an homage to the hot Sonda that blow down to the vineyards from the mountains), but mil flores might be a more apt tag for this. You’d really, really, really better like rosebuds if you want to try MdE’s little wonder. Once the stroll through the garden is over, lychee, melons, and rustic edges also greet you, followed by a focused, fresh and edgy palate. The wine is a result of the first of two harvests, which acts as a bit of first-level sorting; it takes place in the shadier areas of the vineyard, preserving the freshness of the less-ripe Torrontes bunches (the second harvest, reaping the riper sun-baked fruit, is sold off). The extra work shows in the finish, which is far longer than any $10-ish wine has any business flaunting, full of (you guessed it) roses and an almost bitter citrus pithiness.

Want to try some? Call some U.S. importers and bitch them out! I’ve now got that on my agenda for this afternoon…