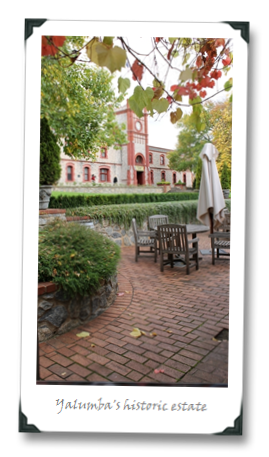 When I include “unbearable cuteness” in the title, I am talking about unbearable cuteness. The kind of cuteness that is adorable and crushing at the same time. The kind of cuteness that requires vintage rosé Champagne, Australia’s possibly-best-in-country Viognier (from Yalumba), and vino from one of California’s more off-the-radar Pinot Noir producers to escape it (to keep up with the cuteness, all of the wines featured today have “quoted” fancy names… it will all make sense in a few minutes, okay?).

To wit: two five year old BFF daughters of separate families who, living many miles from one another and attending different schools, without communicating to one another asked their respective parents at the same time and on the same day if they could wear matching leg warmers that they both received as gifts.

That is the kind of unbearable cuteness I am talking about. Yes, one of the five year olds “belongs” to me. Eventually, as parents of the BFFs you need a double-date night just to forget about the power of cuteness like that. Which is what we did, and I, being 1WD, naturally use the opportunity of the double-date night as an opportunity to raid the wine sample pool (and incur a possible dinner tax write-off… just sayin’…).

Oh, and before you ask, I do not have pictures of these two kids together wearing their leg warmers, which is just as well because it would make your face explode due to overdose of concentrated cuteness. It’s times like these that I sometimes wish I’d had a boy, but those moments are only millisecond-term fleeting. Mostly, having a young daughter is like having 90% of your life become adorable, and I love it. Yeah, I know the Universe will pay me back later in the form of lecherous boys coming to the door asking her out on dates… and No, I am not yet okay with that.

Anyway… I swear to god that there is some wine involved here, so let’s climb out of the cuteness and talk about what I popped open with our dinner guests during said double-date night… 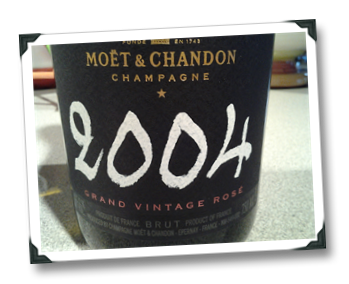 We start with bubbles, because you always start with bubbles. Particularly after coming back from another marathon wine app tasting session during which we taste 100 wines per day on average and no full-on bubbles have yet been poured. Anyway, Mrs. Duduette prefers bona-fide Champers, preferably rosé, and so we went with this to please the real boss of 1WD HQ. I’m not gonna say this was the best vintage Champers rosé we’ve popped, but the bottle was gone in a flash, because no one in their right mind – connoisseur or newbie alike – is going to turn down something this tasty. Black berries, figs, and bakery-fresh action are the hallmarks, the palate is tangy and even gets toasty dark at the end. Champers purists (points at self, shouts “guilty!”) will miss the floral action that defines the best stiff from the region, but the bottom line is that this release is pure get-the-party-started life lubricant. Incidentally, when I judged at the 2013 Critics Challenge in (stay classy) San Diego, this wine did quite well (see the results for the details). The “Grand Vintage” line is, apparently, Moët’s sub-branding for allowing the cellar master to establish a vintage blend. 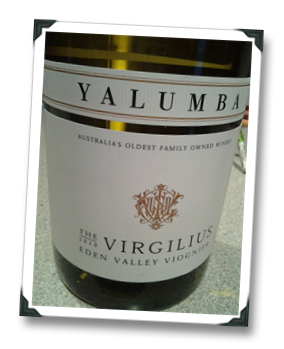 2010 marks the 15th vintage of what many consider to be Oz’s greatest testament to the potential of Viognier, Yalumba’s Virgilius. So it kind of sucks that when I visited the estate, we didn’t taste it; we instead had a masterclass review of Shiraz, seated at tables set inside Yalumba’s old cement tanks, with talented head winemaker Louisa Rose quarterbacking. Yalumba is Australia’s oldest family-owned wine company (replete with its own cooperage – see inset pics), and has been trying its hand at Viognier for over thirty years. The experience shows. This is a killer wine, a blend of eight different vineyard clones and varius indigenous yeast, and the product of old barrel fermentation and aging. It’s a study in contrasts: tight but at times generous; flinty but also tropical; oily but taught; lithe but voluptuous. If you can stand waiting to open it until the firs couple of schizophrenic years are behind it, you will indeed have a force powerful enough to stand up against the cuteness of five year old BFFs. 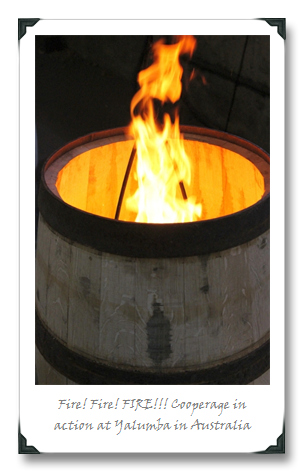 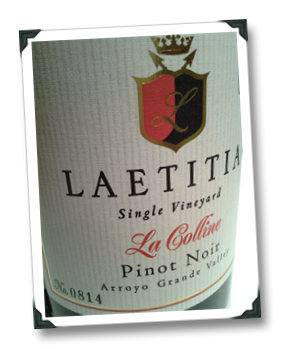 Laetitia is CA wine oddity. On the one hand, it’s got gorgeous building, vineyard sites with fantastic views and great, stony soils (see inset pics), and critically-acclaimed wines. On the other hand, all of it is in the wrong place from a marketing perspective (Arroyo Grande Valley) and so the wines, while certainly not cheap, aren’t priced in the requires-supplemental-oxygen stratospheric range. They’re affordable luxury splurges. I had an interesting time chatting with Vineyard Operations VP Lino Bozzano when I last visited Laetitia, and he seemed attentive but bemused by my presence, happy to tour me and my cohorts around but with an air of detachment, as if the wines and vineyards would tell the story somehow if he just kept giving us detailed production and clone planting figures. Anyway, the wines do speak for themselves. 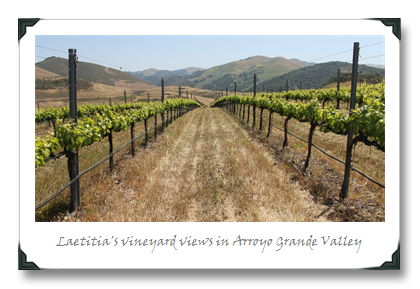 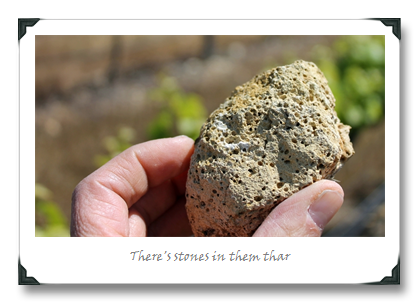 The 2010 La Colline Pinot Noir clocks is somewhere in the mid-to-high 13% abv range, was whole berry fermented, using all Martini 13 clone with RC212 yeasts (because you really care, right?… c’mon, the yeasts sound like a Star Wars robot…), and only saw 190 cases of production. The important stuff: bright red berries, spices, minerals, clay earthiness and a powerful sense of it being… alive. It’s a wine that feels effortless, and gives you hope. And makes you ready to face life’s BFF cuteness, after all.