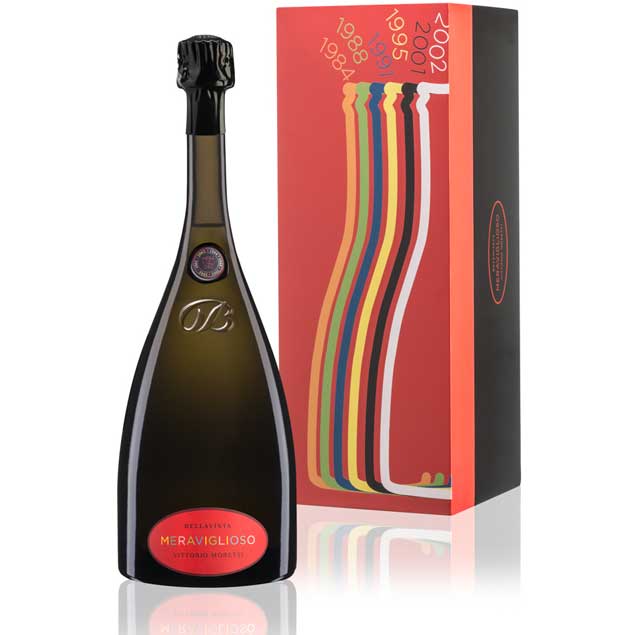 Last month, I was a media guest for VINO2016, the annual Italian multi-day info-tasting event held in New York City.

As it was last year, this year’s incarnation proved an enlightening experience, both in terms of the breadth of Italian wine offerings not yet widely available Stateside, and in the informative nature of the panel discussions. I can, however, tell you – with the requisite amount of false humility – that nothing in VINO2016 compared to the epic-ness of my panel last year, which included impromptu opera singing.

But still, an informative event for both palate and brain. Also, how often does a guy like me get to shake down other attendees such as legendary wine educator Kevin Zraly for money (more on that development in the coming months)?

Anyway, let’s get to the vinous stars of the VINO2016 showcase… 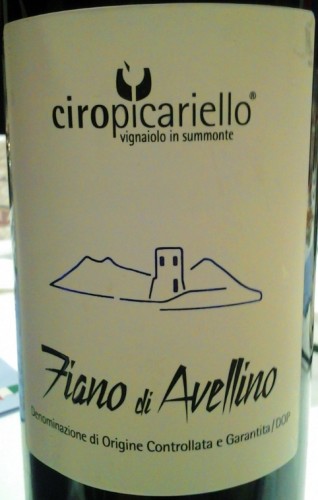 A pick by Del Posto’s Jeff Porter for one of the discussion panels, this was the first wine to really “wow” me at VINO2016. It’s just a stellar example of what Fiano should be; apple and citrus fruits to engage you, sage and toast aromas to beguile you, a structure that refreshes, challenges, and then sort of engulfs you. This Fiano is excitingly young, and I hope I get to encounter it again further along its development arc (not that I’d be able to contain myself from drinking it now if I had a bottle on hand). 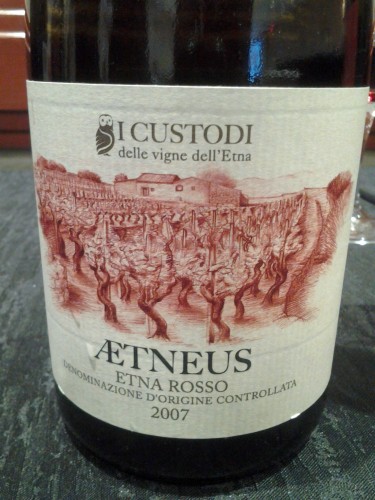 Full of life an potential, this might be one of the most interesting wines I’ve tasted int he first quarter of 2016 – and given my jaunt to Madeira (much more on that to come later), that’s really saying something. A blend of Nerello Mascalese with Nerello Cappuccio and Alicante, the fruit complexity alone is fantastic (strawberry, plums, cherries), and then you add the tobacco leaf and iron aromas, and you’ve got a wine that kind of over-delivers even at $40. I loved the palate; ripe, tannic, but with nervy energy all around.

Things got weird, in a very good way, when I accepted an invitation for an off-site media dinner at Brooklyn’s Antica Pesa, for a chance to dine and taste with Bellavista’s Vittorio Moretti. Moretti conducts himself with an air that combines equal amounts of reserved dignity and affable, down-to-earth accessibility, which is also not a bad way to describe Bellavista’s Franciacorta bubbles lineup. Moretti brought along a large-format bottle of his rare Meraviglioso Franciacorta. This delightfully odd bird of a sparkler is the brainchild of Moretti and enologist Mattia Vezzola, who decided to combine the last several “great” Franciacorta Brut vintages (currently, 1984, 1988, 1991, 1995, 2001, and 2002) and re-ferment them (yes, technically that’s a third fermentation) together.

The result is both bizarre and familiar; it’s tough to think of any other wine where you can get so much primary apple and pear and citrus fruitiness, heaping helpings of yummy autolytic yeastiness, andjust as much secondary toasty nuttiness. It’s unique, that’s for sure, but it’s also downright delicious, and it’s impressive that Moretti managed to pull this off without forgoing the fact that wine’s primary purpose is to deliver pleasure. All ins all, it’s not a tasting experience one is likely to ever forget. 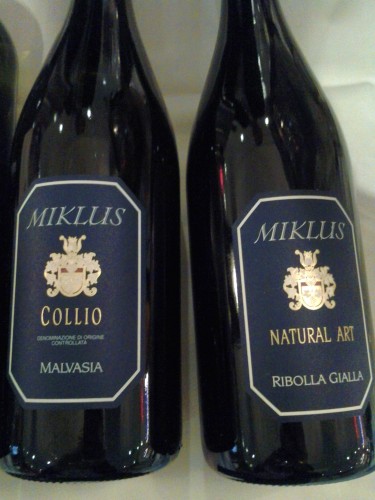 Part of the Draga lineup (the name meaning “precious” in Slovenian), started in the 1990s by Milan Miklus and now run by his sons, Denis and Mitja, the latter of whom I met at VINO2016. Regarding the wine: what a joy. Textbook northern Italian Malvasia here, with stone fruits aplenty, white flower aromas, and the kind of freshness of palate that makes you want to down a glassful into your gullet with all speed. This crowd-pleasing white was a positive portent of things to come, because the next one I’m going to highlight from these guys is one of the more controversial wine picks I’ve made in a while…

This, my friends, is what a “natural” wine ought to be. Generally speaking, I’ve nothing against natural wines, but I struggle to think of examples of skin-fermented whites in that category of which I’d like to drink an entire glass, let alone have a second one poured. Too often, natural white wines – even when expertly-made – become more intellectual curiosity and experiment that delightful drinking experience.

Not so with Miklus’ Natural Art Ribolla, which is aged two years in large-format barrels. There’s the natural-wine-copper color that puts people like me on their guard, but there’s still some fresh citric fruit on the nose and the palate, along with dried lemon peel, exotic tea, cloves, and wood spices. Their stand was my last stop of the large, open-floor tasting at VINO2016, and I happily kept this glass and drank the entire thing as I collected myself, my notes, and my crap before calling it a day on the wine-tasting front at the event. I’m not going to call myself a natural wine convert just yet, but I’m not gonna complain if more delightful, elegant natural wines like this one keep getting crafted.