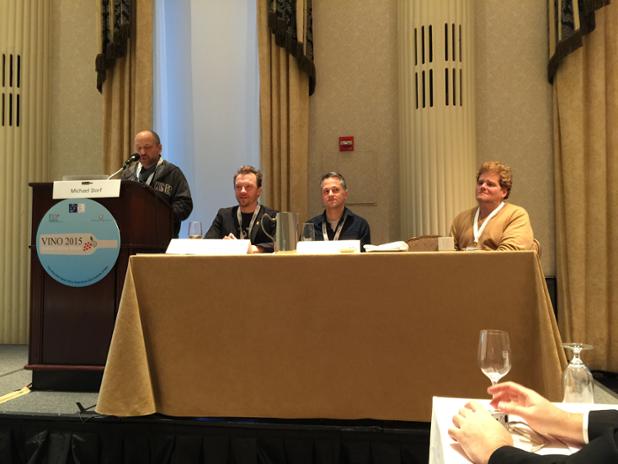 I am, as I’ve noted ad nauseam lately, insanely behind on my producer/feature write-ups. That streak continues unabated at the moment, but this time it’s in favor of actually bringing you some vino recommendation (you’re welcome!).

I recently had the great pleasure of being a panelist speaker at the enormous VINO215 Italian wine trade and tasting event in NYC. I’ll get to some highlights from the tastings in a few moments, but first I wanted to tell you with as much humility as I could muster that my panel TOTALLY KILLED IT. I mean, look… we had… THIS:

That’s just Awesome with a capital A, (in the words of Martin Short’s Ed Grimley) “I must say!”

Which is, of course, my humorous attempt to tell you that I thought that my fellow panelists and moderator totally killed it in talking about the intersection of wine and music, and that I was basically just trying to keep up with them.

Of course, VINO2015 was chock-full of enough tasting opportunities to pickle all of your livers several times over, and so here are my takes on a few that turned my wine-geek-critic-type-guy head (with apologies in advance to the VINO2015 organizers, who focused on Southern Italy, while I apparently focused on Northern Italy, as you’ll soon see). Also, for those of you complainy-pants who constantly moan that I never talk about inexpensive wines, this your chance to bite it! (I mean that respectfully… I think…)…

This might have been the most “complete” Barolo that I tasted during the entire VINO2015 experience. Masculine in all of the ways that it should be, without losing any feminine grace or charm; hey, someone page Tiresias! Get it? No? Dang, go read a freakin’ book once in a while, ok? Anyway, this is still young, but is also now beginning its long journey into gritty, determined power melded with downright deliciousness. 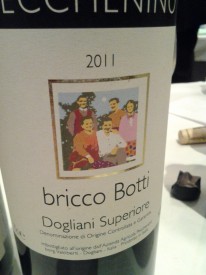 I can see your jaw dropping open a bit right now at the badge, about to yell at me: “dude, WTF, a Dolcetto is totally not kicking anyone’s ass!” Wrong, Jack. This is pretty, yes, but it has something else to it, too… something in its dark cherry fruit that gives off the distinct impression that it should, under no circumstances, be messed with or underestimated. It’s compelling stuff, and shows sides of Dolcetto that many wine lovers rarely get to see/smell/imbibe.

Ok… well… the truth is, I don’t know if this is really a Crowd Pleaser or not, but I’ve no idea how else to categorize it so we’re going with that for this sparkler. Spergola , the grape used here, is a rare and dying variety probably indigenous to Emilia-Romagna, and grown in the foothills of Scandiano and Canossa, where it almost certainly will die out due to plantings of more international grapes. Which is a shame, because this sparkler shows how Spergola can be an inviting, refreshing lift to your dulled senses, combining elements of the best of Pinot Grigio and Sauvignon Blanc. For those about to die… we salute you! 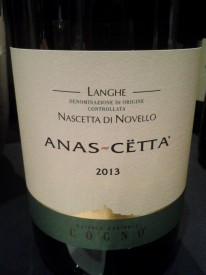 Now, as for this Nascetta, I can definitely call it a Crowd Pleaser and sleep well at night. The Muscat-like aroma, and the brightness of this wine, are like little rays of sunshine felt on your face while lounging around at a high-end resort somewhere in the Mediterranean.

This is tastiness that just will not be denied. I found it floral, delicious, mineral, vibrant, and not at all pretentious, which is a very good place indeed for Malvasia di Candia Aromatica to be, particularly from this region of Italy. In this case, the plantings are from the 1990s, on calcareous soils. Part of the winery property was constructed in the 16th century (not that it has anything to do with this wine’s floral goodness). Anyway, it will make you want creamy cheeses. And another glass, in all likelihood. 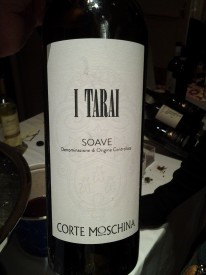 A Soave that is, indeed, Suave? A divisive wine, to be sure, as some will surely think that someone has sexed up their beloved Soave a bit too much into the opulently luxuriant side of things. But that would be shortchanging this excellent wine in a big, bad way. I found so much to love about this, from its defiant bucking of trends in its richness, and its adherence to tradition in its citric vibrancy. A modernist take on Soave, if you will.

Now, this is a Ribolla that delivers citric/topical/mineral refreshment and refinement at a price-point in which it probably shouldn’t be expected to deliver the “refinement” part, but does, and happily.