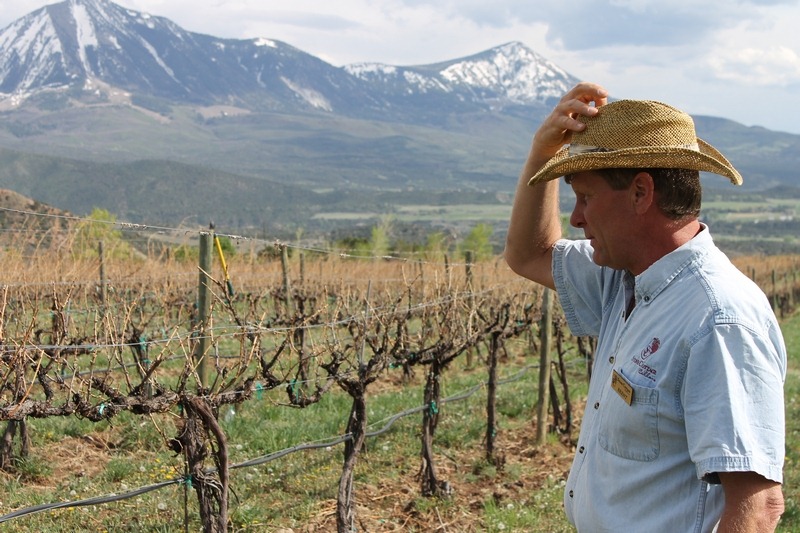 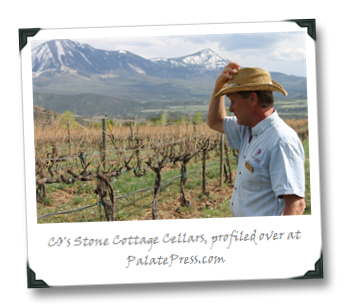 Hey, remember that trip I took to Colorado, as part of the 2012 Drink Local Wine Conference?

That was in May, a mere couple of months though it feels more like fifteen years and several hundred grey hairs later for me, given how much time I’ve been spending prematurely aging myself through the rigors of our modern day version of a true rite of passage – air travel – lately.

Anyway, I profiled three CO Western Slope wine producers from the West Elks and Grand Valley AVAs (Stone Cottage Cellars, Garfield Estates, and Canyon Wind), titled World-Class Wine In Harsh Conditions, Colorado’s Greatest Challenge May Be Man-Made, which you can now check out over at PalatePress.com (the photos in that article are mine, and yeah it really is that beautiful out there, and yeah I’m not regretting finally forking over the dough for a real camera).

In addition to that, the next installment of my Playboy.com column Wined Down is live (The Girls of Summer, And the Wines to Woo Them), and has generated a small amount of controversy on-line over whether or not I went over the line (MARK IT ZERO, SMOKEY!) in how I portrayed my version of the “white wine recommendations for Summer.”… 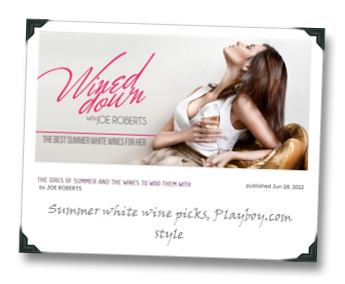 As always, I leave it for you to judge for yourselves on that last one, but would ask that you consider the publication source before flaming me that I’m being sexist by briefly categorizing members of the opposite sex for the purposes of trying to increase their enjoyment of something when we’re not 100% sure of their individual preferences – a tactic identical to that used consciously and unconsciously approximately 750 times per day by marketers, politicians, journalists, and almost any living, carbon-based male and female human on the planet. Trust me, it’s a more entertaining read (and, I’d argue, much more practical advice!) to make those guesses and recommendations than it is to canvass every person that you know and ask them what wine they think they’d like from the several thousand brands available to them that they’ve yet to try. The point (as always, for me) is to “edu-tain,” maybe inject some new life into what can often feel like a tired subject to those of us who are wine-geeky (seasonal wine recommendations, in this case), have a little fun while we’re at it, and encourage readers to share enjoyable new wine experiences based on what their guests/dates/friends/etc. like outside of wine itself (i.e., help make those vinous guesses a bit more educated than not).

4 thoughts on “Girls Of Summer, And Wines Of The Western Slopes”