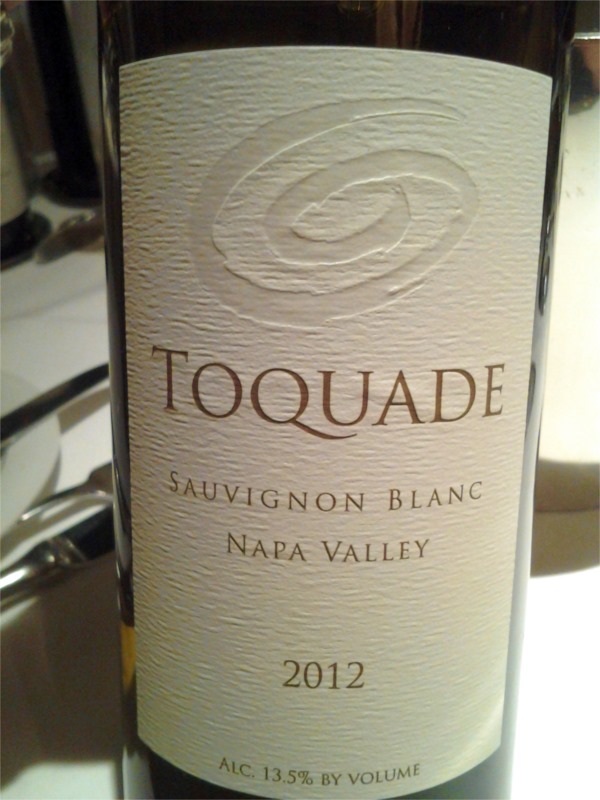 At this point, I think that we’ve established that Bordeaux native Christine Barbe is at least a little bit crazy. Very talented, but a little crazy. Crazy enough to justify the namesake of her personal brand, Toquade, anyway. 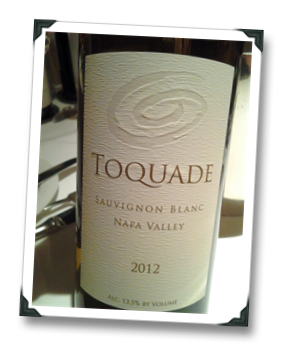 She has, after all, devoted a significant portion of her current winemaking career to – egads! – Napa Valley Sauvignon Blanc, a region/variety combo that is often either derided (justifiably, for the too-frequent examples that taste like melon-cream soda gone flat mixed with grain alcohol), or in the better cases (unjustifiably) pigeon-holed as always just-shy-of-greatness, the NV also-ran grape. It occurs to me now that NV SB is a bit like the Philadelphia Eagles of the wine world, only without the awesome fight song (seriously, it’s the best one in the NFL; yeah, the San Diego Super Chargers song has an awesome bassline, but otherwise it’s waaaay too disco for football).

NV SB is also the primary focus of Barbe’s other winemaking job, helming the juice at Clay and Brenda Cockerell’s Coquerel brand. They make wine from other varieties, too (the Verdelho and Chardonnay are both well worth seeking out), but it’s that underdog NV SB that has captured Barbe’s heart.

That’s crazy in a good way, of course, and I wish more winemakers had Barbe’s brand of eccentricity, because she’s making the kind of wines – both intellectually and sensually pleasing – that I like to drink on my own time and my own dime.

On one of my recent sojourns to the Left Coast, I got to catch up with Barbe over dinner at San Francisco’s Farallon, a restaurant that sports a décor that I can best describe as “Alice goes scuba diving in Wonderland.” Fortunately, they specialize in seafood, which made a natural match for our little Sauvignon Blanc-fest…

The rest of the stories take place within the wines themselves, so we’re going to jump right into the drink, starting with Coquerel. The only thing that I can add before beginning is that judging by the prices of these wines, the market simply isn’t ready for NV SB that is this demanding and interesting. 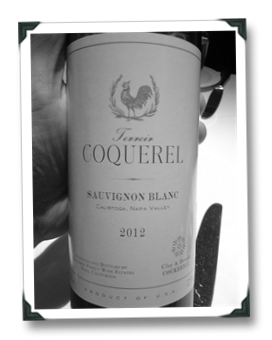 1500 cases of this little jumpy rooster were made, blended from Calistoga and Yountville fruit. It’s pungent, with lovely guava aromas, grassiness, and the tropical fruits you’d expect from NV SB, but the litheness that you might not expect from it. Let the record show that I refrained from making “small cock” jokes about this wine’s moniker (wait… does that count?).

“They wanted a Pessac-Léognan style with this wine,” Barbe told me, “and I told them the American market is not ready for that!” But at only 170-or-so cases, I am fairly sure they’ll find some takers. This is a wine geek’s NV SB; tight and serious, with biscuit (courtesy of sur lie/battonage) and herbs (courtesy of not letting the fruit get stupidly overripe, I suspect!) on top. Pithy, powerful, just-ripe citrus fruits are underneath it all. It’s a baby right now, needing a few years (maybe several) to calm down and deliver on all of its promise.

Not too shabby for NV SB, right? [ Editor’s note: Canadian readers, substitute “eh?” for “right?” at the close of the last sentence ].

After spending a looooong time picking entrees and tasting, Barbe and I went through a vertical of her recent Toquade SB releases, to see how some of the old-ish wines were holding up. 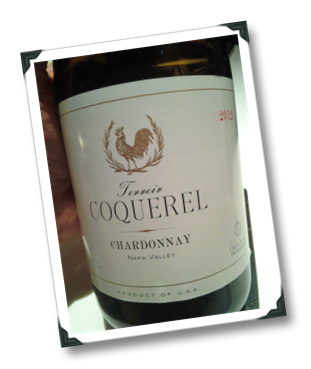 2010 was, in her words, “a disaster in the weather.” But the result of her work coming out of that disaster is a wine with great vibrancy and the kind of fresh veggie and herbal aromas that will appeal to those who aren’t afraid of the kind of green you typically find in the best South African SBs (you know… those of you who are real SB fans). It’s pure and well-executed, and complex: fresh peas, nettle, exotic tropical fruits, green herbs, and the lean, focused, citric palate.

As for the weather in 2011 compared with the disaster of 2010, Barbe exclaimed, “it was worse!” Odd then, that this wine is actually a tad better overall than the pleasing 2010. They lost crop at set, so the concentration came out a bit higher on this one versus the 2010, according to Barbe. There’s more grapefruit flavors here compared with its older sister, and the palate is wonderfully textured, the finish long and luxuriant by SB standards. I especially liked the mid-palate, and the fact that there was actually a NV SB with a mid-palate.

A drier year (and comparatively much easier one), this 2012 is broad, with much more melon fruit flavors than its predecessors, and more richness overall. Despite that, it stays far away from Flabbyland, with the green herb notes that were consistent across the 2010 and 2011 vintages, and a palate that has acidic bite and structure, and great length. Another example of why I continue to eat my words about NV SB, from five friggin’ years ago (I will never live that one down…).