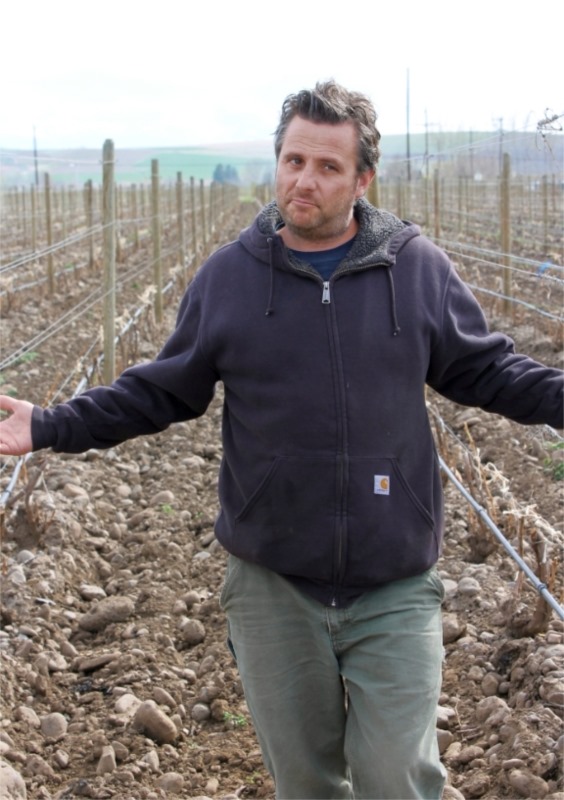 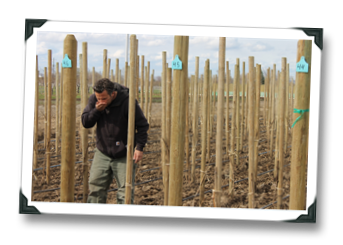 Christophe Baron, the short, edgy, high-energy force behind Walla Walla’s controversial Cayuse, is sniffing dirt. And – in a very thick French accent that betrays his Charly-sur-Marne heritage and belies his nearly twenty-year stint in the Pacific Northwest – he’s imploring me to do the same.

Just moments before, a burly and beautiful Belgian draft horse was turning over this soil (in a vineyard named, for obvious reasons, “Horse Power”), so I am less than totally enthusiastic about the possibility of getting horse shit up my nostrils. But this guy’s energy is such that he makes me seem calm, so I acquiesce (as if I had a choice). These newer plantings were “designed for the horse,” Baron explains, with three-feet between the rows. “With the horse, you can’t rush it, you can’t force it. But the texture of the soil is like couscous… This is the reason why I’m here.”

Spend any appreciable time with Baron and you will not only sniff horse-powered dirt, you will hear impassioned proclamations such as “I am not a winemaker;” “Let’s all take off our clothes and get naked;” “There are a lot of things about Biodynamics you cannot quantify… you cannot quantify the smile on a beautiful woman;” “I’m like a dealer, I sell pleasure… liquid pleeeeeasuuuuuure;” and “no pictures on Facebook!” not all of which you might fully understand or be able to distinguish as serious or jovial. 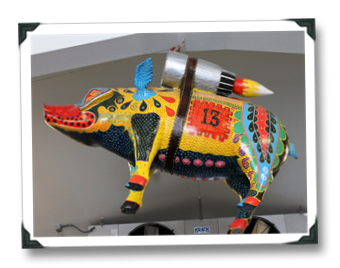 But there’s one thing that is easy to understand: why Baron’s wines are controversial. Garnering stratospheric scores from The Wine Advocate and skyrocketing in secondary market prices after release, Cayuse offerings can be stunning, odd takes on Rhone-styled reds; often demanding, beguiling, and off-putting all at the same time. If you’ve ever watched a movie – or read a novel – that seems brilliant but has disturbing scenes in it, the kind of scenes that haunt you later but without which the central themes of the work wouldn’t be nearly as powerful, then you’ve got an idea of what it’s like to come face to face with Cayuse’s juice. 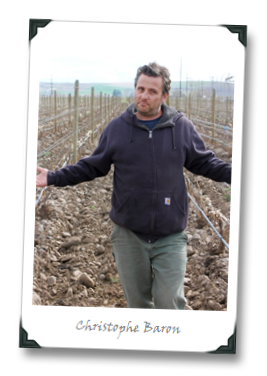 Baron’s family have been vignenons in Champagne since the 1600s. Following in the family’s stead, Baron studied in both Champagne and Burgundy at a time when the buzz in France was Burgundy’s investment in the Willamette Valley. A friend in Walla Walla suggested that he visit when Baron couldn’t secure a job in Willamette, and, thinking (incorrectly) that the two regions were very close, he came to check it out. “Summer in Walla Walla when you’re twenety-three?!?” he reminisces, “it was quiet!”

After a year, he left to pursue a career as a flying winemaker (his description: “nobody’s perfect!”), but Willamette was never too far from his mind. In April of 1996, while again visiting friends in Walla Walla, he spotted the rock-strewn area near the Blue Mountains that would later become Cayuse, and that he would later pursue with geology professor Kevin Pogue to petition as its own AVA (with the awkward title of the “Rocks District of Milton-Freewater”). According to Baron, it was love at first sight, and he was the first to plant here in the following year: “I said, ‘I’m gonna stay here! And I’m gonna plant Syrah!’” 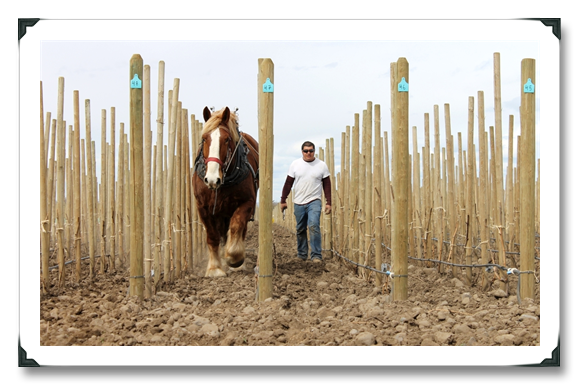 At this point, you need to understand that Walla Walla and the surrounding AVAs in and near eastern Washington State shouldn’t really be habitable, let alone farmable and capable of creating fine wine. Technically, we’re in a short dry spell compared to what plagued the region over antiquity: enormous lava flows fifteen million years ago established the bedrock of basalt in the area, followed by thousands of years of the Missoula Floods that dumped hundreds of feet of fast-swirling water over the area as glacier ice dams broke wide open in the north; punctuate that with the occasional massive volcanic eruption, and you have the formula for the well-draining stony soil that makes for good viticulture. You’d probably want to be growing wine grapes here now, but not after the next geological catastrophe (whenever it might occur). 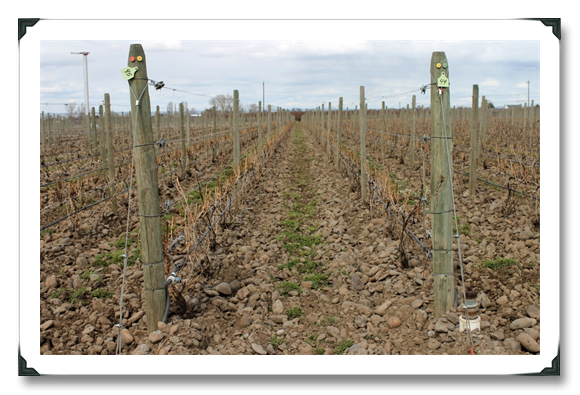 The stones at Cayuse are dead ringers for the Southern Rhone. In the Summer, the larger stones are hot enough from absorbed heat that you cannot hold one comfortably in your hand for long. Baron has about fifty-five acres planted here now, progressively moving from organic to Biodynamic (and horse-drawn) viticulture. “It gives good terroir,” he says, “if you work your land in the right way. I use sources of life, not death.” Some of the plantings are ungrafted, but a grafting program is now in place as he thinks the arrival of the root-sucking louse phylloxera is all but inevitable. Baron likes the patina of options that the current mix gives him, however: “You get a silky moutfeel from ungrafted [vines], and more tannin from grafted.”

The market (and at least one famous critic) have spoken when it comes to the bottled results; but I’ll give you my opinions anyway, since that’s why were here (and after talking to someone as opinionated as Baron, I doubt he’d have it any other way); note that the prices below reflect the absurdity of the secondary market, and not the Cayuse release prices:

Named not after a failed love affair, but after the purchase of a downtown building that was, apparently, Walla Walla’s last (official) brothel; the painted “No Girls” on the side an attempt to curb its housing of the world’s oldest profession. This is the prettiest of Baron’s wines: floral, vibrant, full of lovely strawberry fruit and hints of wet stones. A bit of smokiness is the only hint it has as to what’s in store in the bigger wines that follow, and for the boisterous Baron this bottling is downright restrained.

Hefty and structured, there are oyster shells full of dirt and black raspberry sauces on savory meats at this dinner table. For all of its weightiness, there is brightness and lift and vibrancy in the fruit, to the point where you’d not want to bet against its aging potential. 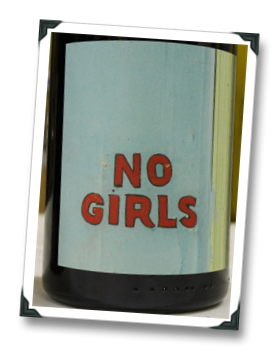 Baron’s take on a Bordeaux-style blend (80% Cabernet Sauvignon, 20% Merlot), it’s a slight departure, but this doesn’t lack for the savory meatiness, saline and minerals that define the Rhone-based Cayuse releases. Soft and velvety, generous of dark fruit, but fleet of acidic foot. Concentrated and complex, and a tad minty, it’s Cab for the Cayuse lover, for sure, but it works (and works well).

This might be the best Cayuse release out there. Peppery, savory, meaty, spicy, coming on to you with silkiness to start, then power and grip ushered in by vibrant – but serious – dark berry fruits. Saline and mineral action add complexity, and it finishes tart and long, long enough to establish itself as one of Walla Walla’s best Syrahs, to let you know that it is, by no means, f*cking around here.

A take on one of Baron’s nicknames, the bottle has a playful (almost gaudy) label but the wine inside is brutally honest. It’s fresh, open, and combining a crap-top on complex aromas: chocolate, bacon, minerals, pepper, cassis, smoke, and oyster shells. Coming from ungrafted vines, this is also silky, but has some rough, rustic edginess to it. And if anything, it’s totally and unabashedly authentic in its posture. 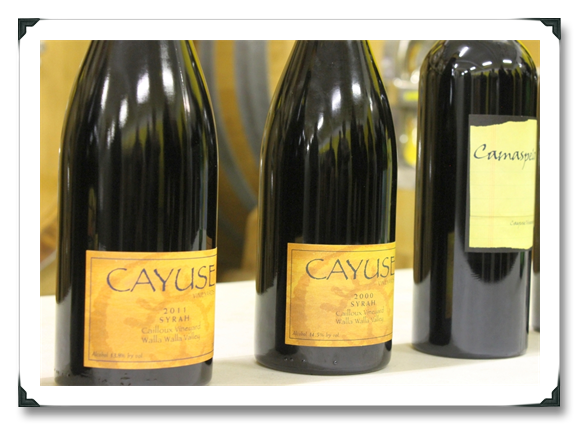 Produced from grafted vines, this is throwing off minerals like it was a quarry, and oil like it was a geyser. Pepper spices combine with a savory entry that’s both vibrant and intense with red berries, to make a compelling, enticing case for Syrah being this area’s best grape. The mouthfeel is a contradiction, lithe but also ruch, generous without being tiresome. It ends with tight tannic grip and a lot of promise.

Undoubtedly very good, but also undoubtedly not from Spain, and probably the most overpriced of Cayuse’s wines on the secondary market. By way of comparison: for similar dough, you can get one of the greatest Tempranillo-based wines ever produced in Rioja from what might be the best vintage in modern history. Having said that, there’s much ass-kickingness to like in this wine, which is spicy, dense, earthy, laden with tobacco and black cherry fruit, and so concentrated that it’s almost like some sort of an extract of pure Tempranillo. Structured, meaty – and, okay, a little odd – but expertly crafted.