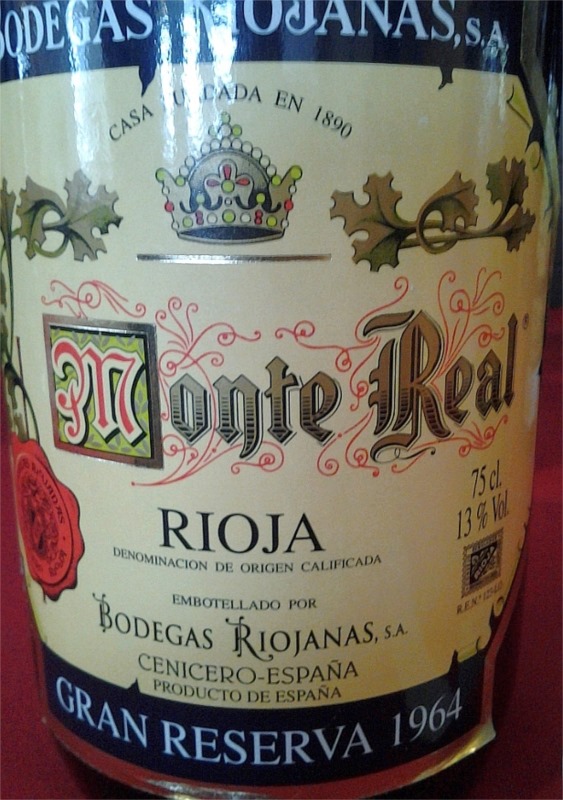 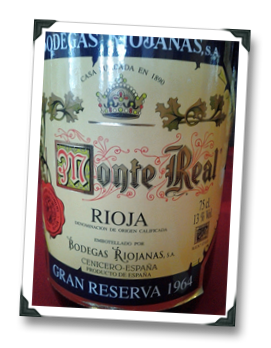 Despite the simple title, I did, in fact, have serious reservations about the subject of today’s featured juice. After all, technically I tasted it while being “on the clock” for a paying gig with Wines of Rioja (now ended), which had me wondering just how impartial of a judgment I could make about it.

But there are tasting moments so formative, so elemental, that sometimes you have to go with your gut and trust in the intelligence and goodwill of the Global Interwebs to forgive you if you stray into a gray-ish, conflict-of-interest no-man’s land. Also, now that the gig is several weeks behind me, I felt we had enough “distance” to give this thing a proper airing here.

The vino causing me such temporary consternation was the clean-up hitter of the trade panel tasting I moderated as part of the recent sold-out series of Rioja Week events in New York. We had a great group of winemaker panelists, and tasted some fascinating juice (including a rare look at a nearly extinct Spanish grape, Maturana, given a bold, modern treatment by Dinastia Vivanco). I think most of you appreciate the fact that I call things as I see them, and would tell you (despite the paycheck) if the wines were under-performing, but in this case we had easy jobs on the stage that day; everything in the tasting lineup was showing nicely.

Including that clean-up hitter, which happened to be a spry fifty years young…

1964 has been called the best harvest that Rioja has ever known. Here’s the skinny on the vintage from Bodegas Rioajans (who produced the `64 Gran Reserva that we tasted as the finale that day), which includes the geeky technical bits. Normally, I hate vintage reports, but when they’re a part of a fine wine region’s best history, it’s worth knowing a bit about how things when down, particularly when the proceedings predated most of the modern winemaking and viticulture techniques that we take for granted today. And these are particularly matter-of-fact, sparing us the overly-romanticized bull honkey embellishments that are the hallmarks of 90+ percent of the vintage stories circulated to the wine press these days:

“The harvest was abundant (135 million litres). In fact, it was the biggest one in the sixties, which average media was slightly superior to 100 millions. 374 litres of rain were collected, it was a dry year following several rainy ones. Furthermore, rain fell at the right time. Atlantic features characterized, because of humidities and North winds. Growth cycle lasted 205 days, hot summer, following a dry spring that favoured the flowering development. There were no diseases or blights in the vines. Ripening was excellent and harvest was long and calm. Unblemished grapes, which had a high alcoholic strength, a high fixed acidity and a steady colour. Spontaneous fermentations were easily controlled.”

In other words, they’re telling us that they had it easy that year in `64. The resulting juice, however, is anything but easy; it’s demanding, delicious, and almost… provocative.

80% Tempranillo, 15% Mazuelo, and 5% Graciano to round it all out, with all of the grapes coming from from Monte Real’s Cenicero area vineyards. They told me that the wine was made with “ancient winemaking using traditional carbonic maceration, and selecting of the ‘hearth’ wines from the ‘tears.’” The wine spent six years in American oak barrels, and has been aging in bottle since 1973 (when Dude was a one year old). This is as spry a fifty-year-old vino as you’re likely to meet. All of the crazy and complex secondary action is there – earth, mushroom, tobacco, dried herbs, cedar, smoky spices out the wahzoo – but the thing that is really interesting is how fresh this wine feels even a couple of hours after pulling the (original) cork. Lithe, full of energy, still stubbornly holding on to dried and fresh tart red fruits as if that was the thing keeping it from turning into vinegar (which it started to do, but only after the bottles had been opened for about five hours). The finish was insanely spicy and lasted for a damn long time (I wasn’t counting the seconds, but it certainly wasn’t skimping). So… aromatic, complex, fresh, indicative of place and traditional style, delicious; I was hard-pressed to think of anything more you could ask of a Rioja wine – or any red wine, really – at that age. Recommended? No reservations there, particularly if you’re into the whole dark-fruited-spicy-smoky Gran Reserva Rioja thang.

As crazy good as the experience was, it wasn’t as crazy (to me, anyway) as the idea that you can get your hands on one of the best examples of aged Gran Reserva Rioja in history for less than $200; I mean, you can’t get thimble full of vinegar that used to be First Growth 1982 Bordeaux for $200. So while this is definitely splurge material, it’s an iconic bottle that’s actually within fiscal reach for many of us (Bordeaux, I hope you’re paying attention!).