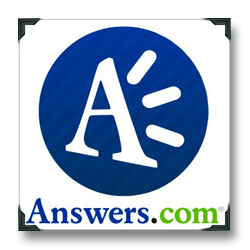 One of the reasons that I’ve been scaling back a bit here on 1WD (less than I’d like to, actually… because I just can’t help myself… curse you, beguiling wines, CURSE YOU!!!) is that I’ve got more paying gigs competing for my time. Which sounds great superficially, but quickly turns into an oh-crap-I’ve-got-a-term-paper-due-this-week! feeling for me, particularly when I’ve got a loooooong list of stories and wines that I want to share here.

But paying gigs, well, pay, and what’s published here on 1WD is more like a spurt of free passion [ insert your own inappropriate jokes about passion spurts here ] than it is a money-making endeavor (a lot more, actually). And so it’s the free stuff that has to make room when the paying stuff comes to call, since I’ve got mouths to feed (two of which won’t or can’t take wine as regular sustenance). So…

I’m pleased to announce that there’s a new item now taking up space on my growing To Do list. I’m now the resident wine expert (whatever that means!) for Answers.com. While this is a bit of an odd gig for me, in that I’m not being paid to be my odd writing self (i.e., it involves writing wine material aimed mostly at beginners, and using a second-person narrative, without references to douchebags or deep tracks from late 1980s progressive rock albums), I’m excited to try something new and different. Yes, it will take some time away from 1WD, but I’ll still be posting here regularly (just not quite as regularly as some of you might be used to; see, I’m so worked up over all of this that I’m ending sentences with prepositions!). 1WD remains where I share the things that touch me most deeply, the things I really, really, really want to share with you all. I don’t see that ever changing.

I’m also a bit intimidated by the new gig; my Holy Crap! moment came when I saw these stats on Answers.com’s reach: 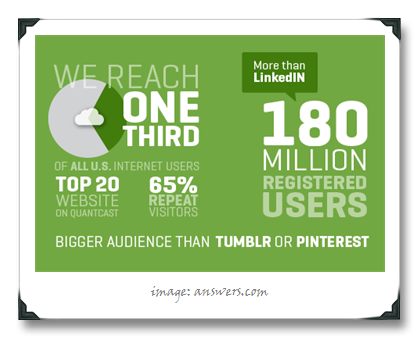 Despite having to restrain the worst aspects of myself writing-wise for this gig, I’m having fun starting to seed Answer.com’s wine section with my content (note: not all of the articles in the section are mine; many predate my involvement, though confusingly my picture and profile are shown near them… and no, I don’t know how to change that).

The new gig has already given me opportunities to pick the wine brains of some great and knowledgeable friends: Tom Firth for an intro to Canadian icewine,  Boozehound author and Philly guy Jason Wilson for a Tuscan-themed Sangria recipe, Philly gal Marnie Old (about freezing leftover wine), and smartie Tom Mansell (to discuss the science of decanting). 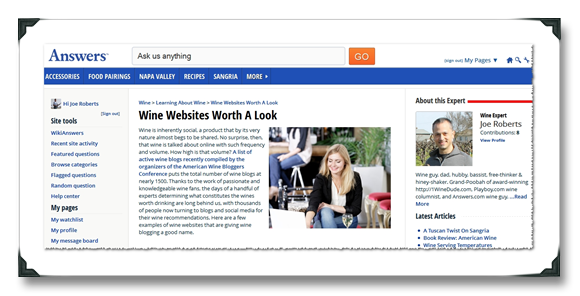 I have agreed with the Answers.com folks that we can sneak in some region and producer mentions and reviews, so the ever-expanding sample pool will come in handy for this gig as well (first up is a quick review of American Wine by Linda Murphy and Jancis Robinson). And I still get to be my opinionated self, just not as overtly (case in point: my list of five wine websites worth a look, which I’m hoping will expose Answers.com visitors to a few of the independent sites and wine blogs that I personally enjoy reading).

Consider this an open invitation (not that you needed it) for you to pop over to http://wine.answers.com/ and heckle me from time to time. And if you’ve got an idea for a wine topic or question that has always made you stop and wonder why no one had written up something on it yet (be forewarned, army worm wine is probably off the table), I’m all ears [insert joke about my large ears here].

This also seems a good opportunity to talk a little bit about what I’ve been doing and why I’ve been doing it so far in 2013. I’ve received some constructive criticism, and not a little flak, for being slower to respond to those of you who are contacting me than I’ve been in the past, and not sharing as much personally or engaging in as many conversations online as I did even just four or five months ago.

I deserve every single one of those criticisms. The fact is, I am slower to respond these days, and I am sharing and engaging a bit less. But there’s good reason for that.

Aside from the focus on family and the loooong adjustment to my semi-retirement into the wine biz, I’m out visiting wine regions, doing events, hustling for gigs and basically just trying to scratch out a living and feed the family by doing things that I love to do.

This doesn’t mean, of course, that I have stopped engaging, or that I take any old gig that comes my way – far from it (I’m actually turning down a lot more than I’m accepting, which seems insane fiscally but I’m hoping will actually set things up in better shape for the long haul). But it does mean that I spend less time in front of the keyboard some days, and when I am in front of the keyboard, I’m usually working on something and tuning out just about everything else (to some extent, anyway – ever try to write while your five-yer-old is climbing up the side of your office chair? I know some of you have been there!). Given the choice between a lot of on-line dialog, and a little bit of it coupled with extra time for playing with my kid, I’ll take the little bit + kid option and just have to hope that everyone understands that it’s not you, it’s most definitely me, darling.

Because If I’ve learned any lesson over the last year, it’s that execution trumps 99.5% of everything else, and the results of consistently executing are not always immediately apparent. Insert your own marathon-vs.-sprint cliche here, but when you do bear in mind that some cliches are oft-repeated because they are essentially true.

22 thoughts on “Meet Answers.com’s New Wine Dude (Or, “Why I’ve Been Out Doing Shizz and Busting My Ass!”)”