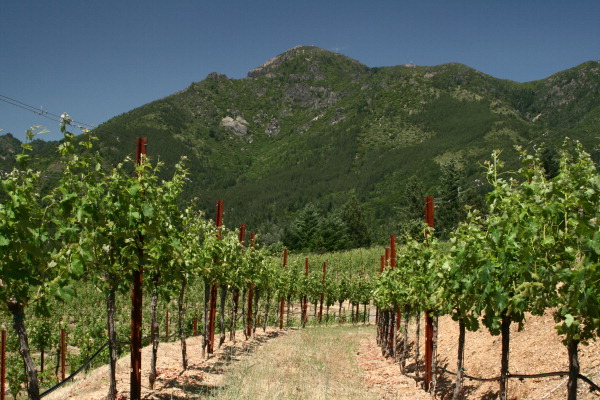 The gravelly, sandy soils of the Helena Montana vineyard sit about 950 feet above sea level in Knights Valley. It’s where we’ll be wrapping up the recent spate of California coverage her on 1WD (…and all the Europhiles rejoiced…).

When I visited said vineyard, I resisted the urge to shout “Sweet Niblets!” – which, I think we can both agree, was a substantial act of maturity on my part.

After tasting (twice) the results of that vineyard’s vines, in what, in my view, might be the best Cabernet Sauvignon yet produced from Knights Valley, I damn nearly went the “Sweet niblets!” route again (for the second tasting, held at home with a review sample, I’ll admit that the phrase might have escaped my lips… just once… ok, twice… whatever, just shut up about it!).

Of course, it makes perfect sense that former Armagnac guy Pierre Seillan crafted the wine that is on today’s 1WD radar, right? No?

Fine… it might make a bit more sense when we recall that Seillan is the guy behind Jackson Family Wine’s Château Lassègue in Saint-Émilion (for more on that, check out some previous coverage). Better? Ok, good.

Of course, why a seemingly sane Frenchman such as Pierre Seillan would move to the U.S. from France is a matter of debate; according to His wife Monique and their daughter Helene, Pierre was inticed by the combination of soil diversities in Knights Valley, and the freedom enjoyed within American winemaking regulations (compared to the more restrictive versions in his homeland).

In any case, fans of Knights Valley Cab ought to be glad he made the relocation…

Anakota is Pierre Seillan’s “baby” according to his wife and daughter, an attempt to highlight combinations of single appellation + single vineyard + single variety (no, not varietal). Helena Montana was planted around 1997. It’s a slightly cooler spot than those in nearby Napa Valley, with a bit of terracing on the steeper areas. There is some struggle with vines here, which favor shallow roots (which are unable to penetrate the substrata), but get enough stressors (lack of water, and no lack of Western winds) to require therapy in the form of smaller Cabernet berries.

It’s mountain fellow territory, verging on the rugged. And in the case of this Cabernet, that is almost perfectly reflected in the wine itself. I was fortunate enough to get my lips on this twice: once in the form of a tasting with Helene and Monique Seillan, and another at home several months later. 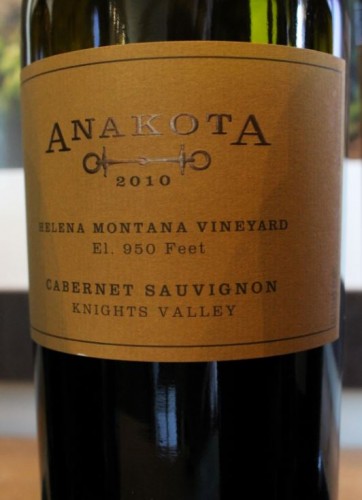 I write “lucky” because I struggle to think of one example of a Knights Valley Cabernet that can stand toe-to-toe with this wine. Simply put, it’s stunning. And also maddening.

It’s so young and tight now that it’s a fickle beast, shutting down on you at odd intervals. But when this wine is on, it is ON as in we-both-got-served-so-now-it’s-on ON. Cassis, pure as the day is long, dark cherry, dried herbs, earth; it’s spicy, powerful, smoky, chalky, muscular, mineral, and uncompromising. For all of that bravado, however, there’s length and grace and poise. It’s capable of showing its floral, tangy, feminine sides.

Overall, this is as intriguing a mountain man character as you’re likely to meet from Knights Valley, chopping wood by day, reading Kierkegaard by night.