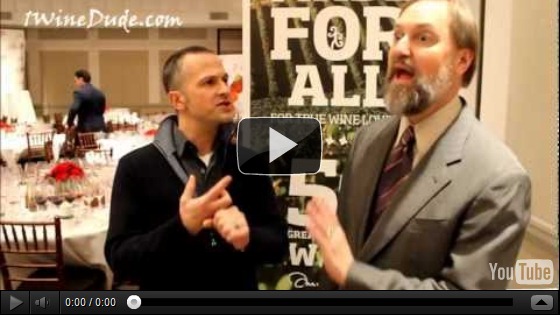 Welcome to a rather long-overdue episode of 1WD TV, in which I get geeky with wine maven Doug Frost and give him crap about the wines he *didn’t* pick for his list of Portugal’s 50 Greatest Wines. We express communal love for Madeira, and then Doug sort of disses Napa, but generally shows why he’s one of the most well-regarded wine educators and tasters on the planet. To find out why Doug’s picks are so controversial, fire up the vid! 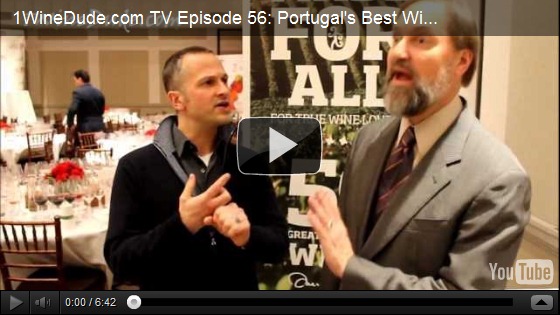 I was able to get a few minutes with Doug when I was a media guest of Wines of Portugal for a lunch event at NYC’s Harold Pratt House, during which Doug and fellow Master Sommelier Evan Goldstein discussed the Top 10 wines from Doug’s list of 50 – which we then tasted paired with various (mostly meat – in fine Portuguese tradition!) courses.  My thoughts/ratings/ramblings on those controversial top ten wine picks are below, after the jump…

As you’ll see in the vid, the top ten of the top fifty chosen by Doug contains one sparkler, a handful of reds, and then dessert wines (in some cases, quite funky dessert wines); not a drop of white to be found in the group of ten, not one vintage port, not one madeira, and not a single bottle from celebrated regions like Alentejo.

In any case, Doug’s top ten is also bereft of any clunkers – all of the wines in that list (in my little ol’ opinion) ranged from very, very good to damn excellent, and many of them offer stunning quality for their relatively modest prices. And so here they are, in the order in which they were tasted; prices estimated as not all of these are easily available in the States: 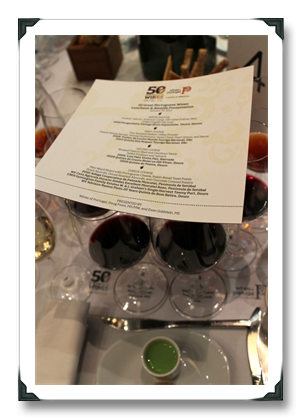 All Pinot Noir, and generally speaking all awesome from a producer known for bubbly awesome. This is as toasty as a Portuguese sparkler can get without setting it on fire. Baked pears, pithy astringency, refinement combined with a serious desire to be noticed.

It’s nice to find a TN with some flesh in the middle of it, and this one has enough that you could chew on it. Dark cherry fruit, oak spices, a strong dusty grip and a good amount of heat, it’s deep but also buoyant thanks to all the acidic lift.

It’s funky, but also floral, full of mineral action, and not shy on the dark, dark (daaaaaaaark) fruits. On the palate, this wine is fantastic – vibrant, racy, rosy, generous – it needs time but after a taste or two you’ll be wondering why it’s not priced at fifty bucks. 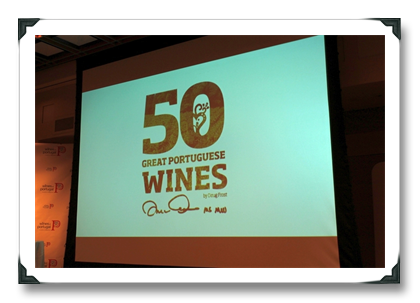 Herbal, leathery, funky, tangy, and fantastic. There’s both power and freshness in this Syrah/TN/Petit Verdot blend, and a mineral streak a mile long, too. The dark cherry fruit will dissipate on the finish, but not for a while, and every sip will entice another one. To be saved, like a mutual fund investment, and raided at the right time (like for date night).

This is old school Douro, people: 30 different grape varieties, some lagare foot-treading during fermentation, and not afraid of a bit of American oak aging. It has a lot of stuff going on that I really dig (flowers, blue and black fruits, a leathery dark side) and a lot that I don’t (smoke, sweet oak, vanilla, heat) but overall there is no arguing against the quality level (or the length of the finish, which might outlast the terms of many senators).

I’m gonna go ahead and disagree with a lot of other reviewers on this one and rate it slightly higher than most others did. I think, generally, a lot of critics missed the point on this wine. It’s a bit oaky for my tastes, but it’s fresher than a cocktail bar come-on. It’s got great scaffolding, too, and a fantastic balance of black/blue fruity viscosity and acidic pop (though a lack of a sense of its namesake – “dust” – in the tannins, which are more firm than gritty). It will need a good long while of slumber in your basement before it’s amicable enough for the dinner table. 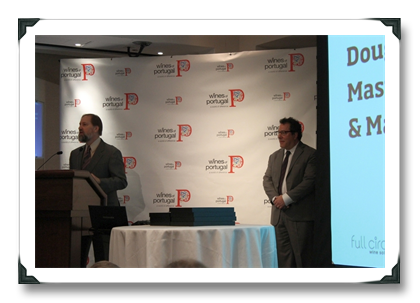 Doug devoted a good deal of the spots in his Top Ten to dessert wines. Now, given we’re talking about the home of Port, you might expect that; you also might expect that he’d include a great deal of Vintage Ports. And you’d be wrong. Instead, he went with two Moscatels and two Tawnies; both of which are fabulous picks. This first is a small production (5K bottle) run of Moscatel that Adega Cooperativa had aging in oak in their cellar basement. With all the lovely rancio action, you’d be forgiven for mistaking this wine for Sherry; walnut shell, toasted nuts, burnt caramel, baked apples, orange rinds… you’re mouth ought to be watering right now… It’s viscous and vibrant – and a little on the hot side, I thought – but ultimately deeply focused. Doug describes it as having a funky element to it, like “antique store.” I’ll second that; there’s definitely something difficult-to-nail-down about this, and it makes it more intriguing. Good luck finding it in the U.S., but if the price I’m seeing online is correct, it might be worth booking a trip to Portugal and loading up on some to take home with you while you’re there…

Ok, yeah, so they named it “Excellent.” And Doug’s reaction: “okay… it is!” He’s right. Figs, cherries, orange peels, nuts, caramel, this is an overt wine, sweetly fruity and tinged with minty herbs. Spicy, zesty, and forward, like drinking some kind of high-end orange candy.

Six casks were made of this nectar, and so it’s not cheap, but it’s also worth every dollar. Rancio, spices, dried berries, exotic herbs, pepper, spices… did I mention spices? F*ck me, they just keep on coming with this beauty. The palate is nutty, and soft but demanding in a way, with the long finish that kind of slowly floats off and leaves dried fruits. It’s just exceptional – maybe the best Tawny ‘I’ve ever tasted, actually – and it will make you glad to be alive for a few minutes.

I’m not sure how much more about this excellent pick needs be said. Doug: “Most knowledgeable Douro table wine lovers have been on to this beauty for ages.” Me: “deftly combines the best accessible caramel elements of 10 Tawny with the nutty, slightly-Sherried notes of great 30 year Tawny Ports.” This one made #5 on my 2011 list of Most Interesting Wines Of The Year. So, as Stan Lee is found of saying, “‘Nuff  said!”