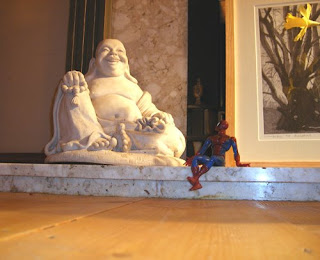 Yeah, I know what you’re thinking.

“Nice title… wonder how he’s going to get himself out of this one?”

Trust me, it’s all gonna make sense in a minute or two. I think.

See, it all started with Thanksgiving last week.

Yeah, I know what you’re thinking. “Not off to a good start there, chico. Mind if I call you chico?”

Let’s start with the miracles…

The Miracles
The Universe is an unimaginably big place – conventional wisdom is that the observable Universe is at least 10 billion light years in radius, and is probably much bigger. How big is that? Our entire solar system is 42,700,000,000,000 times smaller than the universe.

And, it’s really, really old. Like, at least 12 billion years old. How old is that? If you mapped out the history of the Universe into 1 Earth year, all of recorded human history would occupy approximately the last 13 seconds of that year.

Note that none of this either supports or excludes the possibility that the Universe is in some way intelligent. I say this because the cosmological parameters needed to eventually support life in the Universe were, to the best of our collective knowledge, set at the instant of the Big Bang. As we understand it today, the precision needed within those parameters (and their subsequent margin of error) to support life is so small that the odds against it happening are simply huge.

“The unthankful heart discovers no mercies; but the thankful heart will find, in every hour, some heavenly blessings.” ~Henry Ward Beecher

Throw in the fact that the matter created in the Big Bang eventually combined in some way to create YOU, and you have even greater odds against you even being here to read this blog post.

The fact that you exist at all is a cosmological miracle on a grand scale.

It sure doesn’t look that way 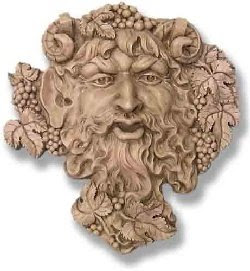 when you analyze the odds from, say, the point of your grandparents – or even the point of Homo Sapiens – first hitting the Universal timeline. But when you look at the broader context, that of the history of the Universe, well you have to admit that if you’d been around in a parallel Universe during our Big Bang there’s no way you’d have put any money down on it working out.

Yet work out it did.

How even more miraculous that we came to invent wine, and that a glass wine has come to be in front of you at any given moment.

Which brings us to Spider-Man.

Spider-Man
All of this Zen Wine musing had me recalling a Spider-Man comic (geek alert!!) I read many moons ago, in which Spider-Man has defeated an enemy in Peru (long story… just go with it). After his battle he meets up with a sort of shaman/mystic, who at one point tells him (and I’m paraphrasing here): “You can say that the Sun will rise tomorrow because of the rotation of the Earth, the orbit of the planet and the Sun and the solar system’s movement through the Universe. I say the Sun will rise tomorrow because it is destined to do so. Do you see a conflict?”

Spidey’s response: “I don’t at that.”

You can say that I will come to enjoy my next wine because of chaos theory, benevolent divine intervention, or the destiny of the entire Universe.

I don’t see a conflict between any of those.

All I see is a miracle, and man, I’m really, really grateful for it. See, told you it would all make sense! Sort of.

6 thoughts on “Zen, Spider-Man, and the Miracle of Wine”