This exciting edition of Tales of the Purple Monkey has Plumboo (the monkey) and me (not a monkey but likely descended form them) traveling to the exotic Middle East, specifically crossing the oft-disputed borders into Israel to sample kosher wines as part of the Wine Blogging Wednesday blog carnival.

This month’s WBW is being hosted by The Cork Dork, and is focused squarely on kosher wines as the Passover event comes to a close. 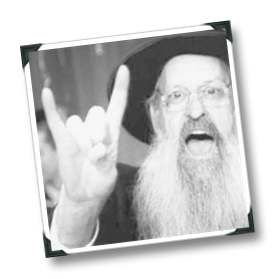 I decided to explore a couple of extremes with this review, so we’ll be looking at two very different wines that have a few common threads uniting them – they’re both kosher, they’re both results of the relatively recent explosion in quality fine wine from the region, they’re both Petite Syrah based wines from Israel, and they’re both pretty damn good.

According to Hugh Johnson, most countries that produce wine have some form of kosher wine on the market, and they’re usually a long way removed from the sacramental wines and kiddush that once made kosher synonymous with “crap” when it came to wine (instead of it’s actual meaning, which is “pure”).  Kosher winemaking basically follows the same process as un-kosher winemaking, with the exception that the winery workers must be religious Jews and there should be nothing un-kosher added during the winemaking process.

Twenty years ago, Tom Stevenson reported in the New Sotheby’s Wine Encyclopedia that “fine wine is nonexistent in the Levant.”  Now, in the book’s 4th Edition, he highlights that due to a “boom in boutique wineries” over the past decade (it should also be noted that an influx of California wine technology didn’t hurt, either), we now find “growth, diversification, and exhilarating promise in the wines form Lebanon and Israel.”

Between those two countries, Israel has far less land under vine than Lebanon, but exports much more of its increasingly yummy final product into the international kosher wine market.  According to the World Atlas of Wine, a fine wine culture has taken hold in Israel, and appears to be built to last.

What’s truly amazing is how short our collective historical memories are when it comes to Israeli wine in general.  For centuries Israel lay on the wine route that ran from Egypt to Mesopotamia, and wine use in Jewish culture dates back literally before their recorded cultural history.  The word wine crops up over 200 times in the Bible.  Viewed that way, Israel’s fall from wine grace was a temporary blip on the historical radar.  Given Israel’s mild climate, varied soil types and state-of-the-art irrigation, it’s a wonder their wine quality revolution didn’t happen more quickly (for more on Israel’s winemaking history, check out Andre Domine’s Wine).

The proof, though, is in the puddin’ – or in this case, it’s in the Petite Sirah.

After unfortunately missing an NYC expo of Israeli wine earlier in the year, I was fortunate enough to receive samples of Israeli wine from a few different sources.  Hence the opportunity to feature two of them here, both from the same grape but miles apart in terms of style. 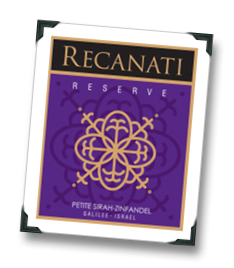 First up is a wine from Recanati’s Reserve label, a (mostly) Petite Sirah (with a little Zinfandel mixed in) from Galilee.  New World style all the way, with dark blackberry jam, spices & pepper notes.  Absolutely screams fro something grilled (and I’m not talkin’ veggies).  If you’d told me it was from CA, I’d probably have believed you – which is not to say it’s a copy-cat wine, but that it’s achieved very good quality and excellent concentration of fruit.

Next up, I tried another kosher offering from Carmel, which was founded over 125 years ago by Baron Edmond de Rothschild, owner of Château Lafite and a Zionist.  Carmel is now one of the largest wine producers in Eastern Mediterranean.  Their 2004 Carmel Vintage is a port-style dessert wine made form Petite Sirah and clocks in at a hefty 18% abv.  On the nose, it’s got elements of dried blueberry and blackberry syrup, with smoke (compliments of many months aging in French oak) following up the rear flank.  The palate is all dried prune and sweet maple syrup.  I was really digging this – in fact, you would dig almost anything after 3 glasses of this (part from the hangover you’d endure later).  You could let your imagination run a bit wild with potential dessert pairing for this one, but you’d do just fine sipping it on its own after a hearty meal.

I suppose the moral of this story is that kosher wines are no longer crap, in fact they’re pretty f—king good.  They had me at Shalom, anyway. 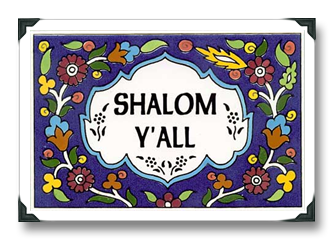 4 thoughts on “You’ve Come a Long Way, Eyfel (2 Examples of the Rise of Kosher Wines)”