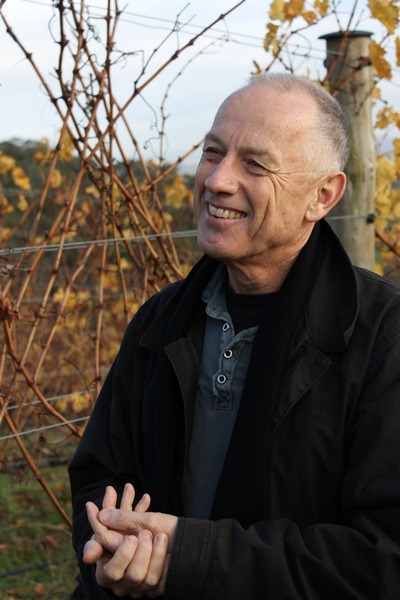 “I can’t review your wines, they have too much acid.” 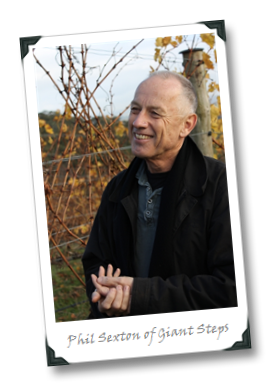 Those were words that a reviewer at one of the U.S. wine glossies told Aussie Yarra Valley producer’s Giant Steps head honcho Phil Sexton (according to Phil, anyway).

To which Phil’s reaction was, apparently, something to the effect of “but that’s the whole point!” Linear acidity, mineral liveliness, longevity – those are clearly what Yarra Chardonnay and Pinot Noir are all about, if you taste enough of the stuff to be able to formulate an educated opinion on them. So Phil’s response to that unnamed critic was certainly more… diplomatic than mine would have been.

Intrepid 1WD readers will know that Giant Steps Chardonnay has done very well on the virtual pages here, so when I traveled to the Yarra Valley to visit Giant Steps (also purveyors of Innocent Bystander wines and Little Creatures beer, as well as a bistro in the Yarra). So I was pretty keen to see how Phil’s single-vineyard wines were doing in the U.S. market.

“We’re likely to pull out of the U.S., actually,” Sexton told me over dinner. The running joke of the evening was that I might have helped to sell the other case of Giant Steps in the U.S. with my previous high praise for their Chard. That was small beer consolation, though, and I ‘m not talking Little Creatures; I was genuinely disheartened to hear that GS wines get little critical play, and few sales, in my home country, while the seemingly much (much) smarter Aussies are buying the hell out of them… 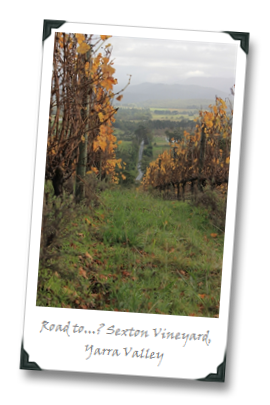 Giant Steps wines are made under the auspices of Steve Flamsteed and Sexton (the latter having planted one of their single-vineyard sources – the Sexton vineyard – by hand over a period of nearly three years). The vineyard locations, aside from their gorgeousness (and the fact that, in the case of the Sexton vineyard, they attracts small mobs of kangaroos regularly, which I’ll admit journalist types like me find cool), are what define Giant Steps’ single-vineyard wines. Those vineyards carry markers, thematic consistencies of linear structure, that cut through stylistic boundaries and are identifiable across vintages of GS wines. Which is all pretty clear once you’ve had an opportunity to go through a few of the recent vintages as I did when visiting the Yarra in May (as part of a whirlwind Wines of Australia tour of the country’s wine regions).

That’s all assuming, of course, that you don’t dismiss these wines because they have linear structure, and can appreciate them for what they are – a skill that apparently some U.S. critics have yet to acquire. If that sounds preachy (which it does), imagine how most California winemakers would react to someone like me telling them that I couldn’t review their wines because they were too fruity. You’d need dental records to identify my body after that one.

Giant Steps single-vineyard forays are most certainly funded by endeavors like Innocent Bystander, which are solid, capable and less complex wines that are more approachable when young. I dig those wines, but my heart and my head get a lot more wrapped up in the GS Chardonnays, particularly because they ought to be priced twice as much as they are, given their quality, verve, complexity and aging potential. This may or may not (but more likely, may) have something to do with the Yarra being a relatively cool-climate region, facing Antarctica (you can catch Sexton’s detailed view on how Yarra Valley’s location contributes to those fine wine qualities – and find out what pairs best with Wombat – by checking out my Wines.com video interview with him). 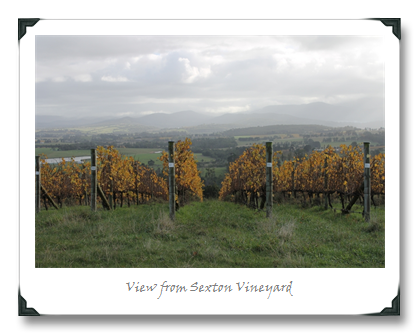 The point is that these are wines of place, thoroughly under-priced (for the most part) and no one should be vilifying or ignoring them simply because one of their trademarks – one of the reasons to pick them up in the first place – is vibrant, structured acidic lift. They are worth pestering your local shops to stock them, so that we can get more of this vino in the States. Maybe glossy mag critic’s readers don’t want to hear about high-acid wines, but I’d say going into any tasting under that kind of assumption is doing nothing but selling a readership short.

So… the ancillary moral to this story is, don’t shy away from acid, people; and don’t let guys who do “win.” Particularly when the wines being dismissed taste like these… 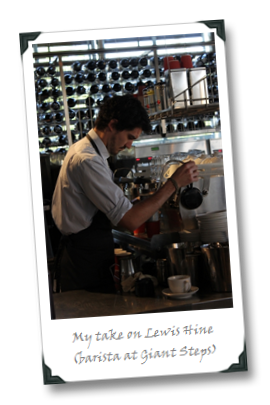 The purity of fruit is what first grabbed me about this wine: stone peach, lines, grapefruit. There are flowers and brioche, too, but what makes the wheels on this bus really go ‘round and ‘round is the minerality, which is clearly in the driver’s seat. It finishes with elegance, a restrained texture and a kiss of cream.

Not as stellar as previous vintages, but still a steal at the price. This is a toastier, more apple-dominated wine, but the floral hints are here as well, along with apricot and melon fruits. It’s vibrant as all get-out, as if he acidity had neon lights on it.

Pretty, spicy, and earthy (even a touch animal); there’s a bastion of red berry fruit with a phalanx of dark cherries on the edges. The palate is the star of this show, though (which isn’t often the case for New World Pinot!) – it’s got red plums and a cherry finish that is practically dancing with more joy than a toddler bouncing to Yo Gabba Gabba. 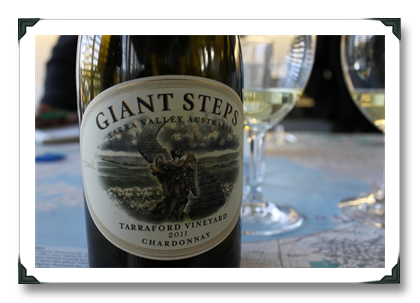 16 thoughts on “On Planting A Vineyard By Hand, And Not Getting Your Wines Reviewed By U.S. Critics (Yarra’s Giant Steps)”