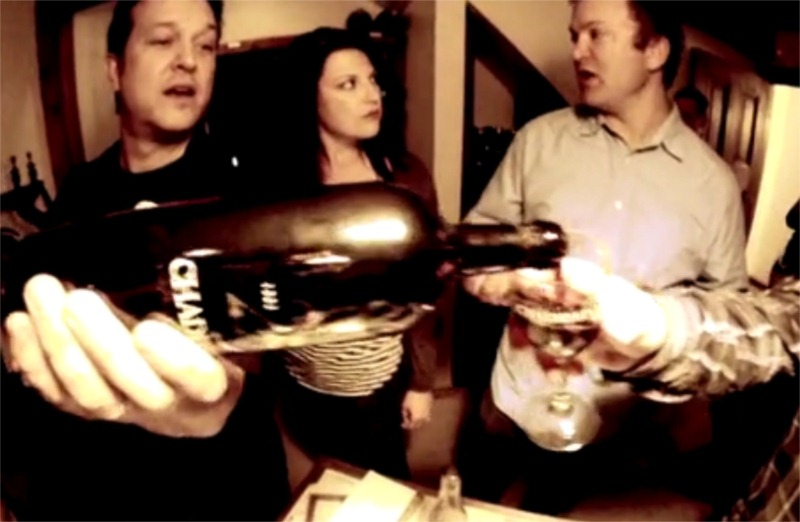 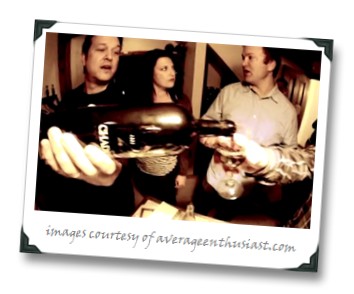 Back to the irony: 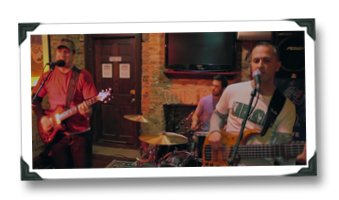 Wine Kissing Days has lyrics that evoke a wine-tasting note (“tobacco, & leather, & pepper I’ve found”) but I had zero lyrical responsibility for the tune – our head-honcho-singer-songwriter Steve Liberace happens to live about one mile as-the-crow-flies from Chaddsford Winery in PA.

The band has played events at Chaddsford before, and Steve has done his fair share of hanging out there drinking vino (and hanging out at his home drinking their vino), and basically the song is about the general life-lovin’ positive vibes you feel when getting buzzed on good wine with good friends (for more on Chaddsford, check out my interview with winemaker Eric Miller, and the feature on PA’s vintage-of-a-lifetime 2007 reds; for more SL Band, check out the vid for “When You Turn Blue” which is a slightly darker song, being about drowning someone and all that).

The vid for Wine Kissing Days was produced, filmed and directed by the intrepid team at AverageEnthusiast.com and features portions captured on-location (during a rare November snowstorm) at Chaddsford Winery as well as some live action of the band “rocking out” as my daughter likes to term it. For more of the band-meets-wine thang, check out my Summer Solstice music festival field-test of boxed wine, and the 20-year Merlot retrospective and on-the-back-patio gig at Peconic Bay Winery in Long Island). While I’m pretty sure that the tee-shirt-over-long-sleeves fashion choice will eventually come back to haunt us, I’m also pretty sure that the MTD bass guitar I’m playing will always look better than I will.

As for the giveaway:

Leave a comment telling us about your favorite wine-related or wine-inspired tune, and in one week I will randomly select three winning comments at random whose authors will each receive a CD copy of Tricky, Seabass & the Hun.  Enjoy the vid – bonus points if you can find the lady heading to the ladies room behind the band in the live shots…

19 thoughts on “Worlds Collide In New Wine-Related Music Vid (And YOU Can Win Some Free Tunes!)”