Asking me what wine mags to read is sort of like asking me what television shows are worth watching. I access them so infrequently, that I’m in danger of being totally irrelevant in my commentary.

But what the hell, it’s never stopped me before!

I also get bored easily, so committing to reading an entire magazine or watching an entire TV show in one sitting doesn’t always appeal to me (though longer formats, like books and movies, are no problem; oh, the irony…). Plus, I can’t stand obnoxious advertisements, and I swear I can actually feel my brain cells dying just watching a few seconds of most TV commercials.

And if there are brain cells that need a-killin’, I prefer to do that via the consumption of tasty vino!

Anyway, here are two of my quick picks in the Wine Mag. department…: 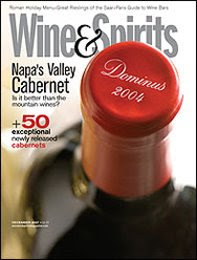 Best Traditional Mag: Wine & Spirits Magazine
Is it snooty? Sure, it’s snooty – but it’s well-written, award-winning snooty. Despite it’s title being a bit of a misnomer (Spirits are often relegated to just one page), it’s a useful mag. in that it offers good, terse commentary on the wines that it reviews.

The often highlight good wine dining picks as well, along with features on up & coming wine directors / sommeliers – which can be handy when you’re traveling and looking for some excellent wine-related eats.

Most importantly, they also devotes special focus to value picks, which is the category where the vast majority of wine lovers are looking for help and recommendations. 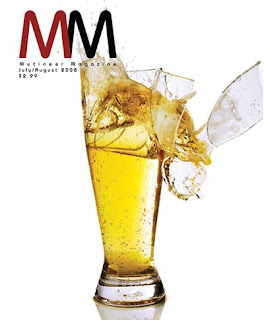 I asked Alan Kropf, Mutineer’s Editor, about their mission: “I started the Mutineer to try and create a way for unexperienced drinkers to experience the world of fine beverage. A lot of people get frustrated with wine being so stuffy, so we saw an opportunity for a magazine like Mutineer Magazine to come about.“

Lots of wine bloggers will find solidarity in that, since it’s the reason many of us decided to start blogging in the first place.

And I can seriously dig that.

4 thoughts on “Wine Mags that are Worth Reading”