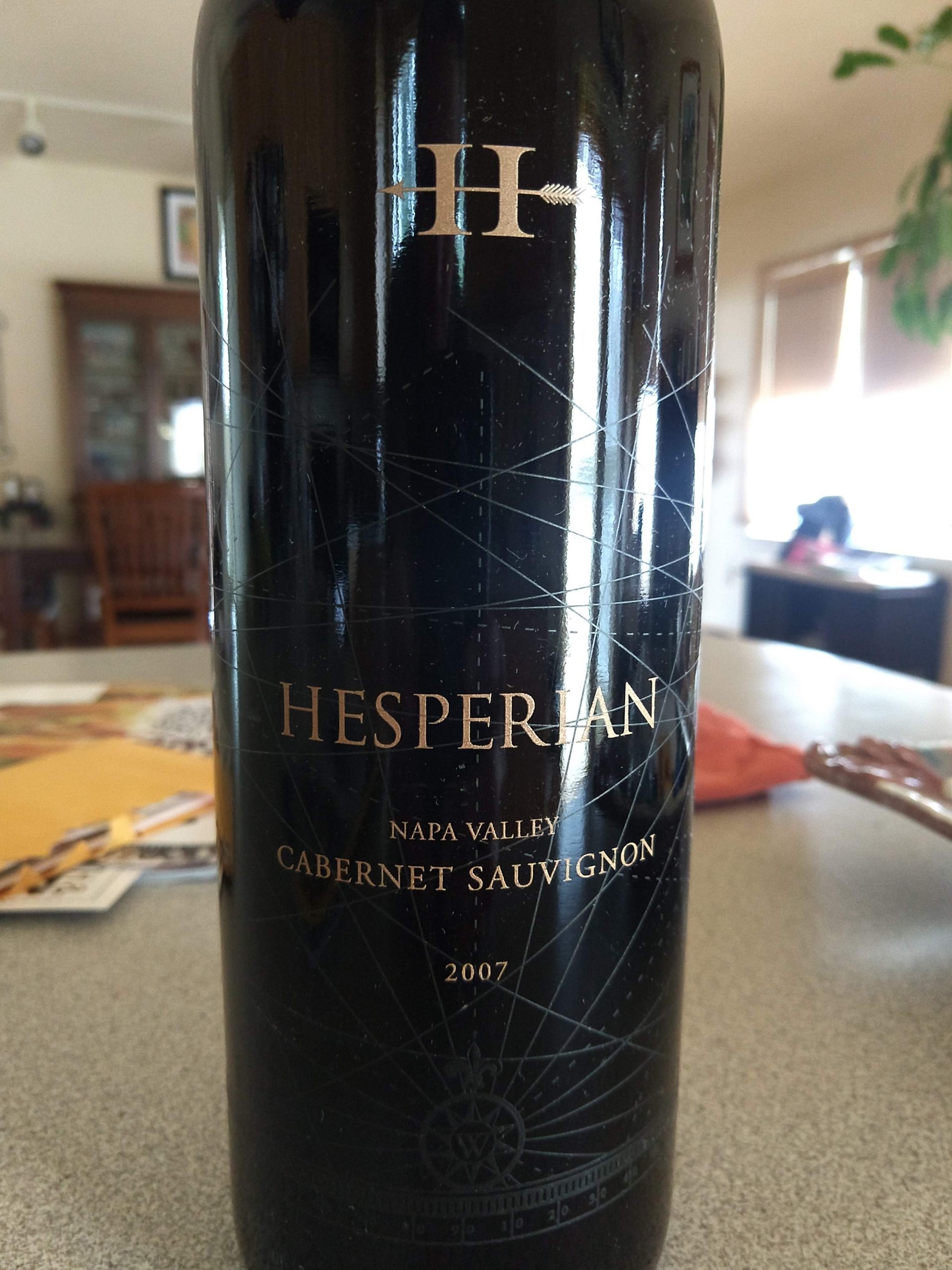 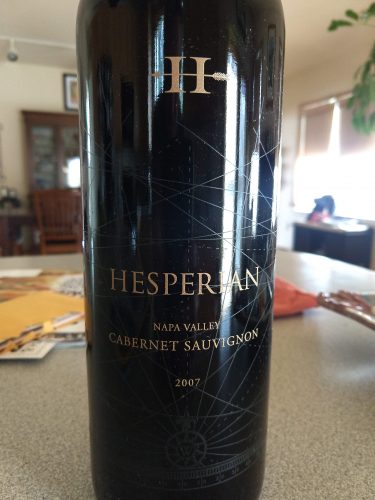 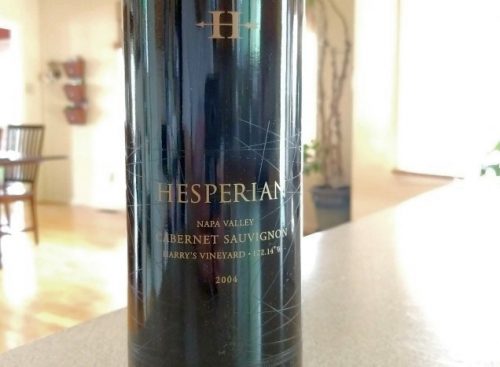 Langner, on the Hesperian website, introduces his first commercial Cabernet attempt thusly – “2004 is my inaugural Hesperian release. For my first few years in Napa I was content making wine for other wineries. But, being a young and rambunctious I was eager to show the world I could make a classic cabernet that would stand the test of time. Initially, a big robust extracted wine designed to age 20 years plus. Not appreciating it for what it was intended to become the critics panned it.”

My take is that, over fifteen years on, this Cabernet now shows as the product of a deft winemaking hand. There is definitely still fruit there, some of it stewed in the best sense of the word; while the fruits are red at their core, this wine is dark and moody in how it presents itself. With ice softness in the moutfeel now, and great truffle aromas, this one pretty much proved the critics wrong.

This wine is in such a great place right now. Just starting to do that stewed/aged fruit thing (think plums and blackberries), with tertiary earthiness coming through among all of the cedar and dried herbal spiciness. It’s supple, like silk, and drinking great, but likely doesn’t have that much bottle time left in it (which, at thirteen years on, isn’t at all a knock against it).

This is one of the boldest of the Hesperian Cabs I tasted in this time capsule sample package. Still fruity and expressive – and now quite earthy from its aging. Dense and full of aromatic complexity (with smoke, black licorice, dried lavender, even some wet stone and graphite), it’s got the kind of palate roundness that will make it a lot of friends at the steakhouse restaurant scene (whenever the hell that opens up again, anyway).

The background on sourcing for this red, as per Hesperian: “50% of this wine comes from earlier picks from the 14.2 acre Kitoko Vineyard high on Atlas Peak, planted to Cabernet Sauvignon in 2000 and 2003. The soils here are extremely rocky, dry, and poor, quite similar to Pritchard Hill to the north, studded with fractured andesite rock and boulders. The remaining 50% of the wine comes from the best barrels of Didier’s “Eagle’s Nest” Vineyard, in between Monticello Road and Milliken Creek in Napa.”

My take: this Cab feels ripe and juicy, with meatiness and a backbone that’s approachable while also having plenty of substance. It really feels like a more reserved take on the “Steakhouse Red” style of Napa Cab that the 2010 presented. And yeah, I’m craving both a steak and a steakhouse experience at this point… 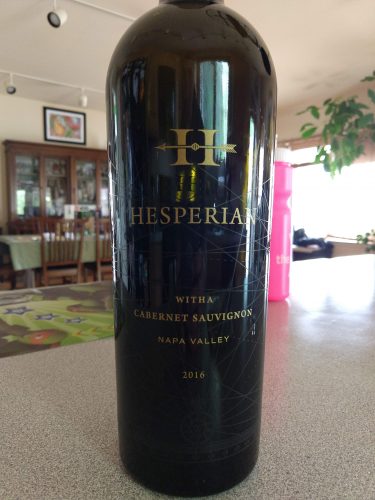 Again, from Hesperian on the vinous origins: “58.3% of this wine comes from earlier picks from the Kitoko Vineyard. Named for the Congolese Lingala word for “beautiful,” Kitoko is a 14.2 acre vineyard high on Atlas Peak, planted to Cabernet Sauvignon in 2000 and 2003. The soils here are extremely rocky, dry, and poor, quite similar to Pritchard Hill to the north, studded with fractured andesite rock and boulders. The remaining 41.7% of the wine comes from the Upstream vineyard in Coombsville.”

I loved this wine. It feels complete; it has elegance, despite being quite deep and (of course!) brooding. Structurally, and also especially in its aromatic and flavor profiles, everything in this feels tightly knit, in a good way; plummy fruit, herbs (green and dried), wood, spices, and leather… all interwoven in deliberate, overlapping patterns.