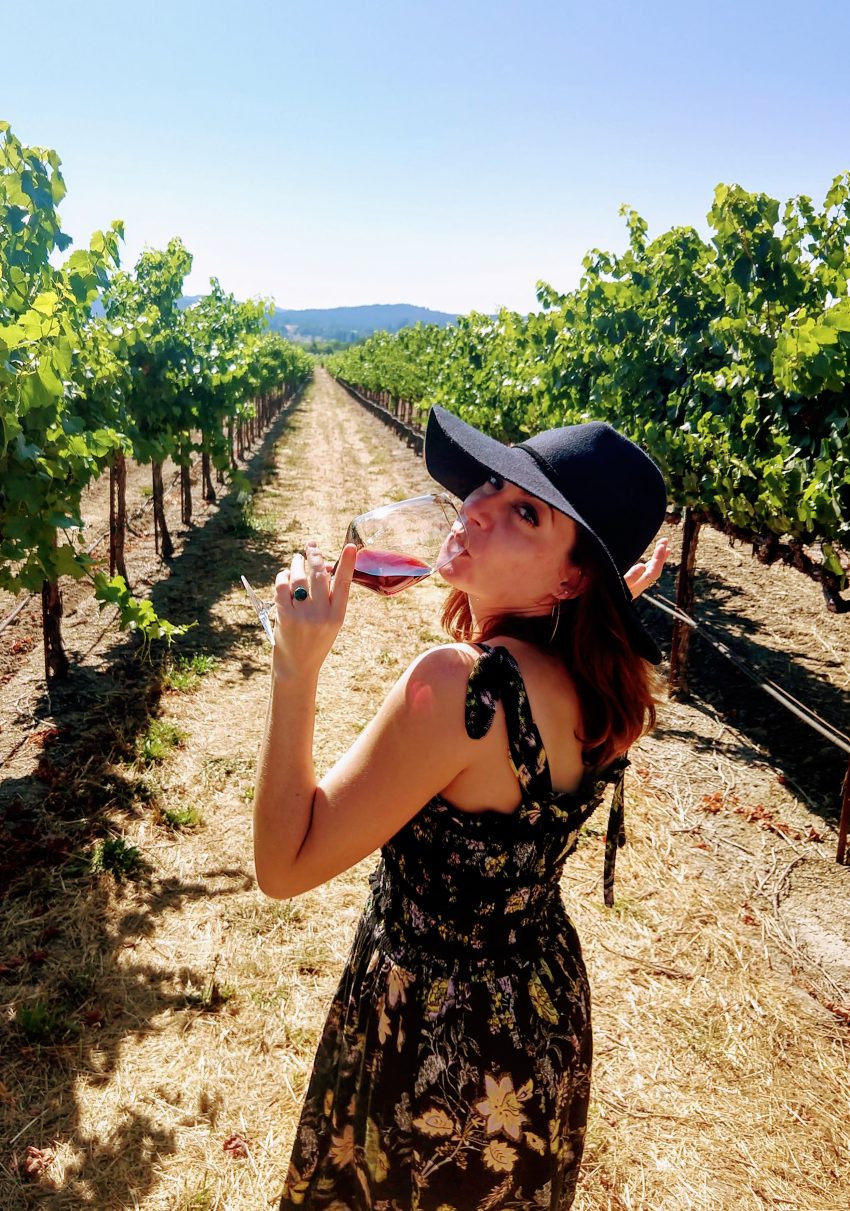 Rodney Strong founder Rod Strong was a bit of an… overachiever.

Simply listing the guy’s bootstrapped résumé is enough to paint the proper picture: Senior class president, 3 sport athlete, theater regular, clarinet player, Army veteran, school dropout (he did that at the age of 18 in order to move to NYC), and American School of Ballet dancer. Strong eventually moved to Paris to launch a new dance club, and while there visited wineries in his spare time (which he credited as teaching him about matching grape variety to site/terroir). As he aged, he came to California in the late 1950s to morph into his next career, as a winemaker. Thanks to his sting in France, Strong was focused on owning and controlling his own vineyards (such as the original Chalk Hill, Alexander’s Crown, and Charolotte’s Home). His passion was chasing after the great Burgundy wines, and he basically hit that mark, too: in 1979, his Sonoma Pinot ranked in a blind tasting in Europe against some of France’s best. Strong went on to plant 1800 acres of vines in Sonoma County, was a pioneer in French oak barrel use in the region, and released the first single vineyard designate Cabernet in Sonoma.

So, I think we’re all justified in jealously hating Rod Strong just a little bit.

Today, his winery is owned by Tom Klein, who likes to cite Strong’s pioneering life as inspiration for how Rodney Strong the company does business. As their Director of Winemaking Justin Seidenfeld (formerly of Iron Horse and Robert Mondavi Winery) put it during a recent virtual media tasting of some of their most recent releases, “Rodney really took a lot of risks with planting different varieties” that, at the time, weren’t exactly considered de rigueur.

The pioneering spirit thing isn’t just talk, either. Rodney Strong (the winery) now have, currently, the largest square fermentation tank facility in the world. “There’s less dead-space in the cellar,” noted Seidenfeld, “so we use less energy in cooling. We actually get a more consistent and complete extraction.” Their solar system produces roughly 50% of their power needs. They use special sensors in the vine canopy to pinpoint and reduce water usage in the vineyards (“we can fine-tune the amount of water we’re using to not just provide better quality, but more sustainability”). They’re also carbon neutral. Pioneering, for sure, but it also feels as though they’re really trying to make up for their recent environmentally unfriendly Cabernet spilling incident (the fallout of which, in fairness to them, they seemed to have handled as well as it possibly could have been handled).

I’ve been tasting Rodney Strong wines professionally as long as any other brand in the world; probably longer, actually. And based on this tasting, I think it could be argued that over that nearly fifteen year time-frame, their wines have never been more precise or balanced as they are now…

Based on the above, you will not at all be surprised to learn that Rod Strong was among the first to plan Chardonnay in Chalk Hill (in 1965), and the first to release a Chalk Hill designated Chardonnay. Because, of course he was. This Chard hails from the region’s white volcanic soils (a result of silica-based eruptions of Mt. Saint Helena nearly 50 million years ago). “Silica has zero nutrient composition,” Seidenfeld pointed out; “these vines struggle to grow, and through struggle comes greatness.” The conditions there produce about half the yield of any comparable Russian River Valley vineyard. The master blend rests in tank for up to four months, to let everything settle in and integrate before bottling. It has a rich peaches-and-cream nose, with toast and vanilla notes. Meyer lemon action abounds, along with white fig, Mirabelle plum, and tangerine. While broad and leesy/creamy, there’s good linear freshness to the palate, with nice mineral hints among the lemon rind, peach and power.

Rod Strong planted Pinot Noir in the River East vineyard way back in 1968 (of course he did), which is still used as a core component in the estate Pinot today (of course it is). 11-12 sites are used, planted to primarily Heritage clones, with 11 months aging in French oak (36% new). Cranberry tea, black cherry, red plum, and wild raspberry mark the nose. Toast, smoke, dark baking spices and tobacco mark the fresh (but big also, meaty, and chewy) palate. The leathery, earthy finish is quite long, with spices and blacker fruits dancing like their winery’s namesake. There’s a lot of complexity here for the price point.

Technically, this Reserve is a blend of 50% Sonoma County & 50% Alexander Valley Cabernet. Half the fruit is from Cooley Ranch Vineyard, with 49% from Brothers, and a smidgen from Rockaway; all of the vineyards are above 1000ft, bringing extra UV exposure, building thicker skins (and, therefore, more color, and tannin). “The goal really is to produce the pinnacle of what [Cabernet] can be” according to Seidenfeld. Dried violets, chocolate, cassis, vanilla, smoke, minerals… lots to like on the nose, here. It’s a pure and intense red, with a banging mouthfeel that is almost relentless in its dark-fruited, earthy Cabernet-ness. This is powerful, muscular, toasty, textural, bold… and unapologetic about all of it.

This label is always designated to be a Bordeaux-style/Meritage blend (“It gives us winemakers a chance to make a wine for us winemakers” according to Seidenfeld). For 2016, that blend was 70% Cabernet Sauvignon, 9% Merlot, 8% Malbec, 8% Cabernet Franc, and 5% Petit Verdot. There’s a sense of dustiness to the tannins here that’s really appealing. If you like floral Cab, you’re in luck – there’s plenty of that, along with red and black plums, hints of blue plum, vanilla, and red currants, with nice touches of leather and toast/wood spices. The mouthfeel is silky, and luxurious; it’s complex and savory, but also downright delicious. While it has power, it has more sex appeal than forcefulness.

Somehow, this single-vineyard Cab, from a 141 acre site near Cloverdale (almost entirely planted to Cab on loamy soils at 1000+ feet elevation) has been $75 seemingly forever. How they are able to not raise the price on a California Cabernet like this is a bit of a mystery to me, but an admirable outcome nonetheless. Seidenfeld describes the Brothers vineyard as “Hot and High” – as in, high elevation, and a very warm area. “This wine’s rich and intense, but it’s just scratching the surface of what this location’s capable of.” There’s always a great deal of complexity in this label, and this vintage is no exception. Deep and rich, with layers of plum flavors, mocha, wild berries, dried herbs, licorice, graphite, and cigar spices, it’s juicy, large, powerful, bold, and intense. So,  delivering all of the best CA stuff, without much fluff or fooling around allowed. It feels balanced in that it doesn’t overwhelm, and instead entertains and captivates with its complexity of fruit.