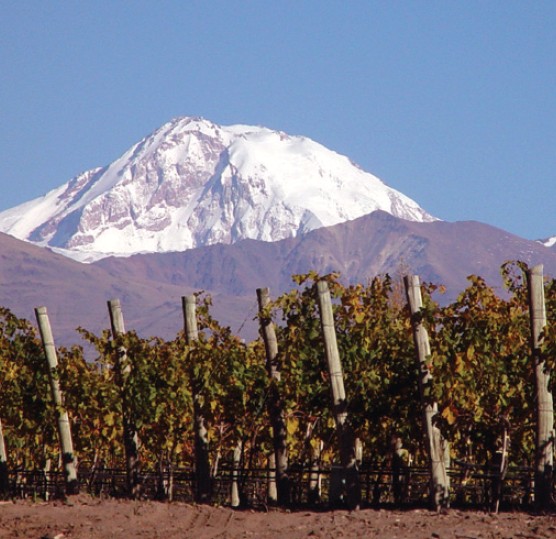 Admittedly, I kind of wanted to hate CARO.

Not because of the wine, which as you’ll read in a minute or two is well worth talking about, but because it’s just the kind of big-wine-companies-joint venture (between Argentina’s Catena and France’s Lafite Rothschild) that is almost too clever for its own good. Almost.

The idea in marketing terms? Joining the two signature grapes of its partner companies: Malbec, and Cabernet Sauvignon, respectively. That’s the kind of cleverness that makes wine wonks like me start to roll their eyes far enough into the backs of our heads that we start to see what’s left of our own gray matter.

However, this is a marriage where quality trumps clever marketing, and in some cases actually results in quite a lot of bang for the buck. Apparently, no amount of marketing sheen can tarnish the consistent quality record of the two juggernauts that makeup CARO…

When I tasted these samples live with CARO’s Jura-born estate director Philippe Rolet via Zoom, he mentioned that “Malbec is a pretty easy grape in the winery,” adding the important caveat that this is true only if the Malbec is properly tended in the vineyard. Meaning “night” in the language of Mendoza’s native Quechua, this particular example of the region sees only stainless steel in order “to capture the typicity” of CARO’s site: 3000 feet in elevation, allowing the grapes to develop thicker skins and, therefore, more phenolics. This little over-achieving red is mineral, and fantastically spicy (smoked meat, coffee, tobacco, graphite), with equal parts power, grip, and freshness buttressing its red and blue fruit palate. Consider the typicity aptly captured.

A Cabernet/Malbec blend named for a high-elevation flower that is traditionally used as an engagement offering in the region (awwwwwwwwwwwwwww), Rolet cited this particular cold/dry vintage as “one of my favorites.” While the mouthfeel isn’t abundantly complex, it is absolutely lovely, with sexy, ripe, brambly fruits, a nice mix of smoothness and freshness, and earthy hints on its finish. Aromatically, this is intriguing stuff: dried herbs, plums, cassis, currants, graphite… just very hard to resist.

The flagship red, from a selection of vines grown on calcareous soils, topped off with a clever name (think about it, you’ll get it), with the Cabernet and Malbec spending time in 50% new oak from Lafite’s own cooperage. There’s a lot to like immediately with this red: blackcurrant, graphite (again!), dark chocolate, violets, dried herbal spices, smoked meat, and sweet tobacco. In the mouth, it’s powerful, fresh, structured, and fruity; if that all sounds well-integrated and balanced, that’s because it is, actually, well-integrated and balanced. I guess there’s more to this than a clever name, after all…

2 thoughts on “Wine in the Time of Coronavirus, Part 12 (CARO Recent Releases)”