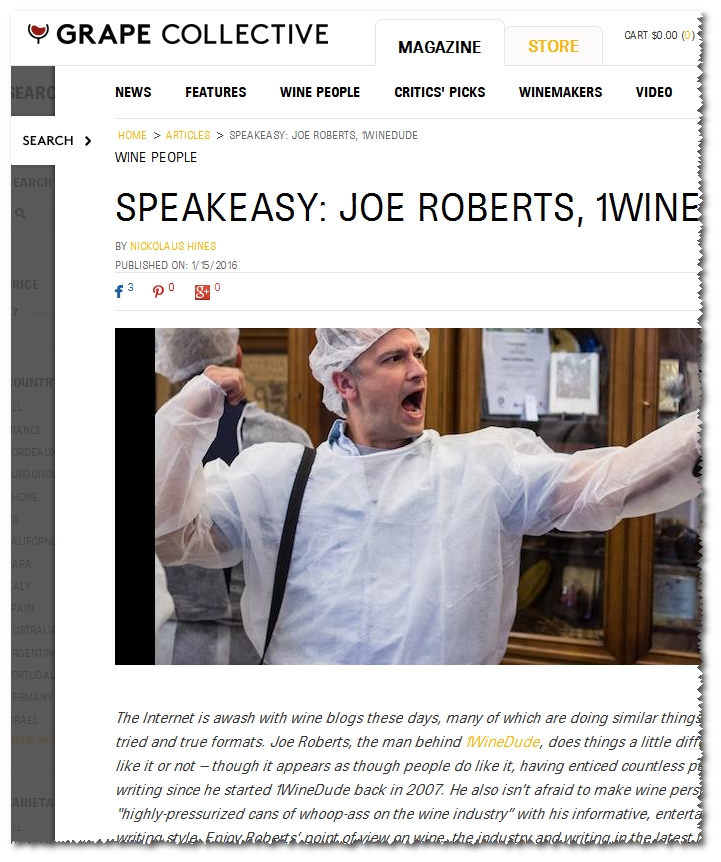 Tom Wark recently asked me to chime in for an article he was considering for his blog, on the topic of whether or not interest in wine blogs was waning. I offered my views, some of which are quoted in his thoughtfully-considered piece.

As to whether or not I agree with (my bad – see comments) those that might consider that wine blogging has “died without a funeral,” I think we first have to ask ourselves if wine blogging is inherently different from other niche blogging topics. If we accept that it isn’t (in the same way that, say, DVRs aren’t inherently different from one another – they all basically do the same thing at the core, which is record broadcast video media), then Tom is also asking if niche blogging is dead.

To which I would say, No, it’s not dead.

This is the kind of question that gets posed periodically (go ahead, search it) when we see dynamic informal institutions, like online communities, do what they do, which is change (wait, you really expected this stuff to stay static forever? duuuuuude…. wtf?!??).

We shouldn’t mistake community maturation and the movement of engagement discussions from blog comments to Facebook, Instagram, etc., as a lack of interest in the sharing amateur content about wine (which is what blogs inherently are about – sharing info and opinions). Just because one outlet (longer form blog posts) isn’t as popular as another (image-centric, short updates on larger social media platforms) doesn’t mean that people no longer care about the core thing: sharing wine online.

They do care. A lot. There is no lack of interest in sharing content about wine (to wit: see just about any recent stat from Vintank on online wine mentions). And where that content is being shared, influence and money (in terms of what people who read and participate in those updates and discussion will buy) will often follow (though, maddeningly, in ways that are difficult to track, but that’s not the fault of the platforms themselves).

Anyway, if wine blogging is actually dead, then someone forgot to send that memo to Grape Collective, you also recently quoted me in dear-gawd-TMI-bro! fashion when they interviewed me for their “SpeakEasy interview series with influential bloggers.”