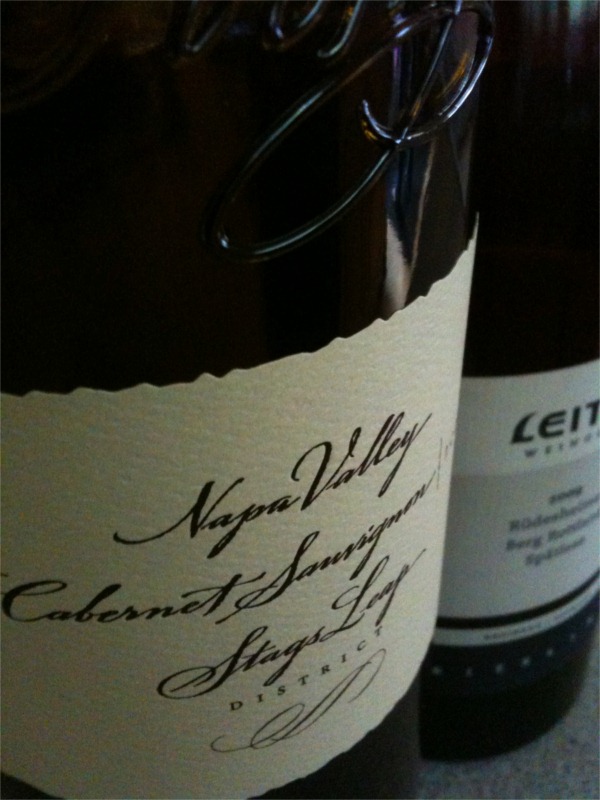 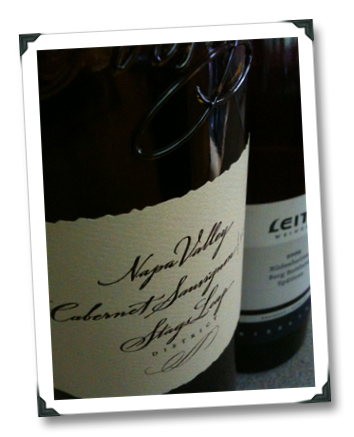 I’m starting to wonder if I’m going too hard on German Rieslings in general with the ratings these days, if only to counter-balance my very public love-affair with these wines. Leitz is one of those amazing consistent producers that also happens to make wines that feel atypical of their place – instead of the steely, powerful, svelte offerings that you normally find from Rheingau producers, Leitz often churns out elegant, floral, stately and feminine wines that almost feel like they’re sitting on the banks of the Rhine pining for some lost love that they left back in the Mosel.  Apples, lemon drop candy, white flowers, and a salty/saline minerality are present here, making for a really versatile wine that will probably still be drinking well over ten years from now.  Drinking this is like meeting a great girl at a bar and after making out with her for 30 mins she reveals that she’s the princess of an island nation.

Actually a Bordeaux-style blend (86% Cabernet Sauvignon, 8% Petit Verdot, 2% merlot, 2% Malbec, 2% Cabernet Franc ). There’s power and a deep sultriness to this wine; to get any closer to a balance of power and sultriness, you need to start looking in the animal kingdom for panthers. The power isn’t only compliments of its 15.1% abv (which it handles quite well, actually, though the finish shows a bit too much heat for my tastes), but also of its ripeness, which comes off much more purity-of-fruit than pruniness-of-fruit. For sure this is not my style of wine these days, but fans of the hedonistically opulent might just feel that they’ve found their vinous Mecca with this wine – this is about as silky-drinking as it gets, folks. Will it go the distance in terms of bottle aging? Well, there’s a ton of dark fruit, licorice, and smoky, dried herb complexity – and acids – to beat the heat so I think it will for sure mellow out given eight years, though I’m not going to go so far as to say it will lay down for 20+. Fans of big Cabs won’t wait that long, anyway.