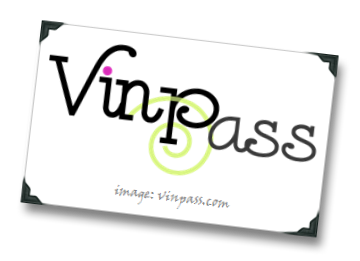 Social gaming – driven in part by the ubiquity of social networks (do I really need to dredge up the if-facebook-was-a-country-it-would-make-your-country-look-like-chump-change stats?) and (I strongly suspect) our natural human competitive instincts now that hunting and killing are generally frowned-upon – has seen a usage curve that by any measure can be safely said to have exploded off the charts.

Here’s a real chump-change-making stat for you: Over fifty million people in the U.S. are playing along with social gaming – and that’s a stale stat from last year.

So it was only a matter of time, I suppose, before the gaming trend caught up to the world of wine, despite the world of wine being something like six years behind most every other on-line trend.

That feeling of inevitability was one of the major reasons why I decided to jump on the social gaming board with VinPass, billed as the first cross-platform social game for the wine industry, which launched just this week…

The basic idea (hatched by VinTank and Cruvee) is that through web-based and mobile apps, you can get awarded badges that unlock passes and rewards for doing what you were gonna be doing anyway (drinking wine).  Check out http://vinpass.com/how-to-play/ for the skinny – for the most part, you need to just start playing to really “get it,” but getting it doesn’t take all that long.

I’ve got a badge (and a reward!) that you can unlock through VinPass – and that’s all I’m going to say about it because I don’t want to spoil the fun if you decide to play along. Just go play it already!

Does VinPass have legs? The congruence of wine and social gaming seems a natural fit, given that wine (life’s lubricant) is about the most social beverage in the history of ever – and its social media aptitude has been proven time and again with online forums, facebook groups, blogs, mobile wine apps, even if those platforms tend to cater more to the quicker-and-dirtier side of wine than they do to the more profound musings (but the same could be said of most the traditional ways that wine media has been consumed, right?). And I’d argue that some of those mobile apps are making leaps and bounds in practical utility (Natalie MacLean’s way-cool new app, for example, incorporates label-scanning)

Would YOU play? And are you taking your wine mobile?